The Case for Promoting Francisco Alvarez 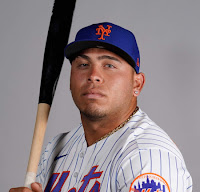 At the beginning of this season, I was convinced that the Mets should let their uber-prospect have the entire year in the minors. Now I'm beginning to see a path to the big leagues opening up for the young star.

When the year began, and Francisco Álvarez had an all-too-brief opportunity to participate in major league training camp, Francisco didn't hide his feelings that he was ready to play in the majors this season. Besides possessing a strong, mature body and an enviable work ethic, the young catcher also has a deep belief in his abilities that should stand him well. The physical and mental rigors and demands of being a major league catcher, along with the pressure cooker atmosphere of New York City, will provide plenty of tests of the young man's mettle.

Enjoy a Great Read and Help Out a Fellow Mets Fan

My brother, George Steffanos, has been going through a bit of a tough time lately. He recently developed a serious infection in his foot that required surgery. It has left him temporarily unable to work. I know — this is the point in one of these stories where someone asks you to donate to a "Go Fund Me" page. I'm not asking you to do that. I get those requests often, and it's impossible to help out everyone unless you happen to be a hedge fund billionaire.

My brother published a book about his 1983 thru-hike of the Appalachian Trail from Georgia to Maine. It's a really good story. The book has received excellent reviews. It's for sale on Amazon as a quality paperback for $18.95 or a Kindle e-book for $9.99. Your money helps out a fellow Mets fan who is enduring some tough physical times. In return, you get a great summer read in return along with sincere thanks. 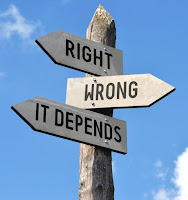 We complete our three-part series on the player decisions the Mets will face after the 2022 season, focusing on position players.
In parts one and two of this series, we looked at New York Mets starters and relievers that would be free agents following this season. Today we wrap up with a look at the position players. Unlike the pitching staff, where the Mets front office will be forced to make several important decisions, there is only one significant position player reaching free agency: CF Brandon Nimmo. But Nimmo is an important player, indeed. Brandon is one of the offensive catalysts for this club and, as a bonus, turned himself into an excellent center fielder.
Read more »
By Mike Steffanos at July 09, 2022 1 comment:

For now, it's speculation about whether Jacob deGrom really "likes" pitching in New York. Trolling Mets fans is a full-time job for the local and national baseball media. My advice is: get used to it and ignore it as much as possible.

Over the weekend, ESPN's Buster Olney tweeted out, "There is a perception in some corners of the industry that if Jacob deGrom follows through with what he said in the spring and opts out of his Mets' contract, the Braves will be the favorites to land him." I chuckled when I first read it, the wording was artful in appearing to say a lot without really saying much of anything. There isn't much fact-based stuff going on in claiming that a "perception" exists in "some corners of the industry." For instance, a perception exists among the two canine members of my household that they are entitled to share my dinner with me. Understand that both of these dogs have lived with us for years and have never been given people food during meals. Yet that perception, fundamentally wrong as it is, still persists in some corners of my household.