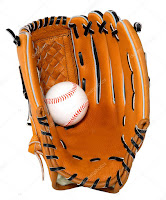 Although I enjoy living in the northeast and experiencing all four seasons, I'm not really a winter person by nature. By the time February rolls around, I'm more than ready for winter to be over. Back in February of 2006, during my first year of blogging, I spent a Sunday morning watching snow pile up outside of my house. Spring training was about to begin. My mind was filled with thoughts of warm summer days and baseball, in a year the Mets finally seemed poised to compete for the playoffs. I wrote a post for my blog, then I had to come back to the wintry reality and go out and shovel the nearly two feet of snow that had fallen.

Moving all of that snow was some serious cold, hard work. As I shoveled away, my mind drifted back to the past. I thought about the time I grew up and the endless games of my youth. When I was finally done shoveling, I came inside and wrote one of my favorite posts on the old blog. I'm another 15 years removed from those glory days, but I still love to look back on them. From my piece originally posted February 12, 2006:

I thought back to my youth (when shoveling snow was actually fun), growing up in the late '60s and early '70s in Hamden, Connecticut. The neighborhood that I lived in was a typical working-class one of the times. The houses were fairly close together, and there were tons of kids from the tail end of the baby boom years. The group that I hung around with was very sports-oriented, with a number of excellent athletes within a five-block radius from my house.

My brother George and I lived on the imaginatively named First Street, Joe Lockery lived just around the corner on Dixwell Avenue. Dennis Lee and his younger brother Terry lived a block away on Second Street. George Barone lived two blocks further on Fourth Street, and Tom Ney lived just down the hill from George on Beaver Street. Just typing those names brings me back more than three decades.

I guess all of us tend to look back on our childhood as a golden time, especially as years go by and we get further away from it.  Trust me, not everything back then was wonderful. I grew up without a father in an era when divorce was rare and was raised primarily by my grandparents. My grandmother had a heart of gold; my grandfather's was made of a somewhat cheaper metal. Let's just say that he didn't treat my grandmother very well and was not happy to have kids around and leave it there. I really don't dwell on those things.

What I remember most was the sports. The names I shared earlier were the core group of an after-school sports scene that went year-round. There were basketball and street hockey in the winter and early spring, football -- either "touch" in the street or "tackle" on the grass -- in the fall, and sandlot baseball in the summer.

The sandlot games were primarily played a couple of blocks away on the fields of Eli Whitney technical high school. The infield had a lot of bad hops in it, and the outfield grass wasn't mowed regularly in the summer. The bases were smashed cardboard boxes or people's shirts, and the uniforms were whatever you were wearing, usually shorts and t-shirts. The bat was wooden, pock-marked, and taped up where a slight crack existed. The lack of umpires led to some interesting "discussions" at times, and the lack of lights didn't stop some battles from waging long after sunset.

Sandlot baseball and the other sports mentioned were played in weather ranging from blazing heat to winter's cold.  These sports were played almost every day. Sometimes there would be a lot of kids involved, sometimes just a few, but you could almost always find a game. The fact that I am still in decent shape in my late 40s is a testament to a life spent enjoying athletics.

When I drive by those same fields and basketball courts that dominated my youth, they almost always seem to be empty now. Today, it seems you need organized leagues, uniforms, officials, and fancy equipment to get the kids to put the video games down and sweat a little. In fairness to them, there just aren't as many kids in a typical neighborhood as there used to be. The world has changed to where parents aren't comfortable having their children out of sight for hours at a time. I feel somewhat sorry for these kids for what they are missing.

So thank you, Joe Lockery, for your huge backyard perfect for touch football and basketball games and your parents that put up with the noise. Thanks, Dennis Lee, for your wonderful athletic gifts and for being truly cool without having to try. Thanks, George Barone, taken way too young, for your irrepressible sense of humor and your terrible George McGinnis jump shot. Thanks, Tom Ney, for your gifts as both an athlete and a leader.  I still think of all of you and the way it was back then, quite often.

No, the world wasn't perfect when I was growing up. The clothes were pretty stupid, and there was no cable television, cool video games, or instant messaging. But there was always a game, and I wouldn't trade that for all of the cool stuff the kids have today.