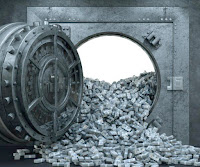 In Sunday's post I wrote about my hopes that perhaps Japanese pitcher Tomoyuki Sugano would sign with the Mets this week. Upon hearing that "their focus is elsewhere", I found myself disappointed although, in fairness, I have no real fact-based opinion on the man's chances of being effective in MLB competition. It would have just been a relief for something concrete to finally happen and the 2021 roster inch a little closer to taking shape. Instead, the weird inertia of the 2020-2021 offseason continues to frustrate the desire of myself and many of my fellow Mets fans to have something to get excited about.

In Sunday's post, I also noted my surprise that no signings of consequence happened between the non-tender deadline in early December and Christmas, and noted that I'd be surprised if something didn't happen in the next couple of weeks. The next day, while I was taking the dogs on a walk in the woods (where so much of my deepest thinking always seems to get done), I questioned writing those words. They were based on expectations from past hot stove seasons, but this is a year unlike any other. The truth of the matter is that no one really has a clue when the dam will finally break. I sure don't.

The consensus of what I've read on the subject seems to be that the Mets overpaid both in years and dollars to sign James McCann early in the offseason. At the time, Sandy Alderson stated that he didn't want the winter to drag on with none of their roster holes filled to explain McCann's higher than expected contract. Provided the brain trust didn't completely miss the boat on evaluating the backstop's abilities, that's looking like a really smart move right now. Having McCann and reliever Trevor May in the fold at least gave fans something to point to. Looking back, I'm really glad they signed both of those players.

As for the rest of the free agents, there's no pressure on any of them to sign. This will change when some of them begin to do so, but until that happens it's a bit of a Catch-22 situation. As long as no one signs, particularly in the top tier, both teams and players can sit back patiently and see what unfolds. If a couple of teams want to be aggressive, that doesn't really matter. We're still over a month away from spring training, provided it really does go off on time, and both agents and club front offices still seem content to wait at this point.

Even clubs not looking to spend at the top of the market probably want to see what the top guys go for before they make offers to the other guys. The perception is that the effects of the pandemic is going to hurt the second- and third-tier free agents much more than the top guys are going to be affected, but it's likely that even a George Springer and a Trevor Bauer will be looking at a somewhat lower payday than if they hit the market a year ago. To me, it seems that everyone is reluctant to set the market right now. Players like Springer and Bauer are still holding out for maximal contracts, and have no reason to sign right now for anything other than top dollar.

It's easy to say that Mets should be willing to give a George Springer or a Trevor Bauer whatever they want and just get them signed. That would put an end to some of the impatient waiting, but it doesn't seem like the right move to me. It's not that I feel some sort of urge to protect Steve Cohen's bank account. I'm pretty sure that he doesn't need my help in that regard. The way I do see it, there is some finite amount of money the Mets are going to spend on payroll this season, whatever it turns out to me. I think the front office should do whatever they can to maximize what that dollar amount brings to the team as far as talent. In that regard, the smart move seems to be to wait things out some more rather than just start throwing money around.

I'm going to live with my impatience for a time and watch how this plays out. Inevitably, players will start signing. Some of this will undoubtedly drag on past the start of spring training, but it won't continue like this indefinitely. Once signings take place and all of this inertia is broken, there will be plenty of action. In the meantime, I'll keep chuckling when Steve Cohen tweets about losing a pound. I could always choose to be angry later on, if the need arises.

When players start signing, then I will evaluate how aggressive the Mets are being. If guys like Springer and Bauer sign with other clubs for reasonable contracts, I have plenty of time to be unhappy. On the other hand, perhaps a Trevor Bauer discovers no team is willing to pay him the high asking price he is reportedly seeking, and the Mets can add him to their rotation at a reasonable dollar amount that leaves room for upgrading the back of the bullpen further. No one knows exactly how this singular offseason will ultimately play out, but I do think the Mets finally have the right owner and the right front office to take advantage of what opportunities do arise. Hard as it admittedly is, I'm going to keep the faith and withhold my judgement.

I remember a time, not all that long ago, when the Mets front office used to leak like a sieve. That certainly doesn't seem to be the case any more. One day I read that the Mets are front runners for Tomoyuki Sugano. Then I read that they've already moved on from the Japanese righty.

The Mets have previously been linked with free agent pitcher Jake Odorizzi, but the latest is that they haven't had serious discussions for over a month. At this point, it's hard to take seriously any report on a player who the Mets purportedly have interest in signing. So I take the news that the Mets have some interest in former Cy Young winner Corey Kluber with a grain of salt. I do, however, like Kluber as an upside signing, provided he looks healthy when he auditions for teams.

In the past, if the Mets signed a guy like this, he would be counted on as one of the starting rotation until he inevitably went down with an injury. That, of course, would be stupid. But bringing him into camp to see if he has something left in the tank would seem to me to be a smart move. Porcello and Wacha were trending downward for years, but this guy was still a dominant pitcher when he was last healthy in 2018. Give Kluber an incentive-laden contract and throw him into the mix.