Times of Your Life 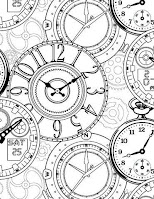 I don't spend much time watching commercials these days. I DVR or stream almost everything I watch. Even when I'm watching a baseball game live, I grab my phone in between innings. Back in my formative years, these options weren't available. Watching tv meant watching a lot of commercials. Most of those were extremely forgettable, but some stick in my memory for one reason or another. In the mid-seventies, there were a series of Kodak commercials that especially affected me, featuring a bittersweet song titled "Times of Your Life."

I was never a fan of the man who sang the song. Paul Anka was a teen idol in the fifties, but by the time I became aware of him, he was just one of those "old guys" who showed up on some variety show that my mother or grandparents forced me to watch back in those single-screen days. The British Invasion of the sixties had long since knocked him off the charts.

He had some brief fame in the late sixties when he wrote English lyrics to a French pop song named "Comme d'habitude" for Frank Sinatra. That version, titled "My Way," became an iconic song for Old Blue Eyes. My Mom listened to it constantly. I always hated the damn song, particularly Anka's lyrics, and still consider it one of the most overrated songs of all time. Trust me, this is not a popular opinion to have of this song with all of my Italian-American relatives.

Anyway, after going a decade-and-a-half without charting, Anka had a #1 hit in 1974 with the annoying "(You're) Having My Baby," a duet with Odia Coates, which my Mom also loved to listen to over and over, and over... you get the idea. Anka charted a couple of more times with duets with Ms. Coates in 1975. This led Kodak to hire Anka to sing a new jingle in ads for Kodak film. Written by Bill Lane and Roger Nichols, the jingle was titled "Times of Your Life." The jingle and the commercials became so popular that Anka later recorded it as a song and enjoyed a big hit.

Those commercials got under my skin in a way I didn't fully understand at the time. I was starting to fall in love with photography as a hobby, but it was really the song that got to me. It wasn't the type of music that generally spoke to my teenage tastes. I liked hard-driving rock and roll; the louder, the better. I normally sniffed at sentimental songs like "Times of Your Life." There is little sentimentality to be found in teenage boys. It comes along later on in life as you accumulate regrets.

I realize now that the central idea of the song, that life passes by very quickly in a series of standout moments surrounded by long periods of forgettable ordinariness, was something that I was just beginning to understand at that period of my life. The summers that lingered interminably as a small child seemed to go by so much quicker as my childhood was coming to an end. And it was occurring to me that when I passed from one stage of my life to another, the stage I was leaving behind was something I could never experience again. I could only remember it.

Memory is a funny thing for most of us. Unless you have one of those trick memories that allow you to recall almost every minute of your existence, most of the hours and days of our lives are lost to the past. I've lived plenty of perfectly enjoyable experiences that were forgotten almost as soon as the next experience began. If there wasn't a significant "moment" that stuck in my memory, I can't relive those times in any way. As I get older, most of those significant events are remembered imperfectly, often blurred with other memories. Even back then, still in my teens, I realized these things that the lyrics of the song spoke to:

Good morning, yesterday
You wake up and time has slipped away
And suddenly it's hard to find
The memories you left behind
Remember
Do you remember

I've thought of the words to this song many times over the course of my life, although I've never purchased the song and only hear it on rare occasions. Sometimes I wondered how the man who wrote "My Way," with all of its egotistical bravado, could have written the lyrics of "Times of Your Life." It made more sense many years later when I learned Anka didn't write those lyrics. Anyway, after taking so long leading into it, it's time to get to the point.

There were so many baseball greats who have left us in the past year: Tom Seaver, Dick Allen, Lou Brock, Whitey Ford, Bob Gibson, Al Kaline, Joe Morgan, Phil Niekro, Jim Wynn, and Don Sutton, just to name some of the biggest. Now, sadly, Hank Aaron, one of the greatest players I've ever had the pleasure of watching, is added to that list. I generally avoid writing about them when they pass because I don't know how to do it in a way that doesn't feel somewhat selfish to me. Don't get me wrong, I understand and respect that these deaths represent a terrible blow to their loved ones and the people who really knew these men. My feelings as a fan don't compare.

Beyond that, however, the loss of one of your heroes is deeply personal, one that is unique to your own life and your own experiences. I wouldn't attempt to tell anyone else how to feel about that loss. But some of the men on the list, Seaver, and Aaron most of all, were heroes of my youth. They were great at a time when I was only beginning to develop my lifelong love of baseball. Nothing can come as close to actually bringing me back to that time in my life as seeing one of these guys on tv. Seeing Aaron or Seaver would inevitably trigger vivid memories where I could almost smell the odor of my acne medication and experience the jumbled, confusing emotions of my adolescence.

Men like Aaron, who I didn't even have the pleasure of experiencing when he was at the very peak of his career, seemed like royalty to me. As much as I've enjoyed watching other very good and great players perform on those perfectly manicured green fields over these past decades, there's nothing quite like the hero you looked up to so very uncynically as a kid. And there's nothing quite like losing one of them to remind you how far, far in the past that time was. And how grateful you are for the vivid memories they provided that can still bring you back, in as much as possible, to those times of your life.

Of course, the greatest of the great meant so much more than just some lines of stats on Baseball Reference. I remember when Aaron was chasing Babe Ruth's home run record, and the thought of a black man becoming the new home run king triggered quite the racial backlash. Aaron was bombarded with hate mail and death threats as he came close to Ruth's fabled 714 total, and it took a tremendous amount of personal courage for the man just to show up at the ballpark every day. ESPN's Howard Bryant wrote an excellent piece detailing some of Aaron's experience.

The bottom line is that Hank Aaron exemplified grace and personal courage on and off the ballfield. Unlike Barry Bonds, Roger Clemens, and Alex Rodriguez, to name just a few, Aaron's greatness wasn't tarnished by questions of personal character. I'm sure that he wasn't a perfect man. None of us are. Still, there were many reasons to look up to Aaron beyond his amazing accomplishments on the field. I really want to acknowledge that, because it's important.

For all that, the loss of a great hero like Hank Aaron is very much a personal loss, too. Another door has closed on that time of my life that keeps fading farther and farther back into imperfect memory.