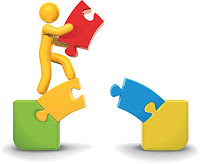 I wrote a post yesterday on the Jared Porter firing. I not only believe the Mets did the right thing by firing him, I think it was their only possible move once all of the facts came out. The type of behavior that the man engaged in was not only morally indefensible, but also showed such an extreme lack of judgement that essentially disqualified him from any possibility of staying in such an important position. A friend of mine asked me if I thought it mattered that Porter's toxic interaction with the female journalist happened a few years ago. The guy was in his mid-30s at the time, hardly a kid, and the actions were way beyond inappropriate, so no.

Some in the media have found fault with the Mets for not digging this dirt up when they were vetting Porter, but this incident had been buried pretty well until the woman decided to come forward with it. I think a side effect of this whole fiasco is that it's quite possible teams will go to more extreme vetting with their top front office jobs, what Sandy Alderson described as FBI level background checks. Even so, there are still limits to what you can do. You'd hope that the example of Porter would serve to discourage men from using their position of power in that manner in the future for fear of their own careers being derailed, and that candidates who have something dark in their past would shy away from taking highly visible positions. But everyone has secrets, some bigger and darker than others, and there's always a potential to be embarrassed by an employee who wasn't candid about a past they've done a decent job of hiding.

Back to the Mets, Sandy Alderson indicated the club would not be filling the GM job in the short term, which makes sense. Even if you could identify someone you wish to hire, teams aren't going to want to let someone go who holds a key position in their organization this close to the season. He did mention that there would be some clarification on the front office situation this week, something which we're still waiting to happen. My initial thoughts on the consequences of Porter's firing from the Mets point of view was the loss of the unique skill set that he brought to the job. In a piece in the New York Post yesterday, Joel Sherman summarized this pretty well, quoting Alderson from the press conference:

"One of the things we will be lacking is sort of the same breadth of contacts and information that we were able to get through Jared. Jared has lots of contacts in the game — not just at the GM level, but at the assistant GM level and below. That's a rich source of information and can lead to smaller deals that fill out our roster. That is an area we are going to have to pick it up."

As Sherman points out, there is no one in the front office now who has the level of contacts around the game that Porter posseted, and this is not a strength of Alderson himself. This is going to be a problem going forward. Sherman suggests that in the short term the Mets look to hire some advisors to fill this deficiency. I think that something along these lines would be the smart move right now, getting the Mets into next offseason where they could hire a replacement for Porter without handicapping themselves in the meantime.

The Mets organization has some work ahead of them to change their perception around baseball. What happened with Jared Porter wasn't the type of self-inflicted wound of the type for which the Mets were famous in the Wilpon era, but there's no use in pretending it didn't make the team look bad at a time when they were working hard to change their perception. As I mentioned in yesterday's post when discussing Springer, the only way to really change the perception of the organization is to be successful on the field and show competency and consistency off the field. That takes time, and can only be accomplished by an honest evaluation of your organization by the man running it, both on and off the field.

Alderson is clearly aware of this deficiency since he brought it up himself. It needs to be decisively addressed, and Sherman's answer was the one that made the most sense to me when I was thinking about it. Just as you wouldn't want your team to go into battle during the season with a glaring weakness that was in your power to address, if you're Sandy Alderson, you aren't going to let your organization muddle through until next winter with an obvious shortcoming in your front office. The best route to doing that in the short term is to get someone in an advisory role to fill the gap.

Beyond that, if Alderson is not going to fill the GM job, it needs to be made clear what the power structure is within the organization. There are many decisions made below the uppermost level of management, and a clear chain of command needs to be set. For tasks that Alderson chooses to delegate, there has to be responsibility and accountability. You don't want stuff to fall through the cracks due to any confusion. It as also important that people from other organizations who are dealing with the Mets need to feel comfortable that the person who they are speaking to is authorized to make a decision. All this has to happen ASAP. There is still a lot of work to be done.

Sherman noted in his article that Alderson listed the Mets inner circle below him as Zack Scott, John Ricco, Tommy Tanous, Bryn Alderson, Ben Zauzmer, Joe Lefkowitz and Ian Levin. Scott is Senior VP/Assistant GM, and was a runner up to Porter for the GM job. There are some thinking that he could take on additional responsibility. Ricco has served as an interim co-GM in the past, so it's conceivable that his role increases. As I've said, we're still awaiting clarification on possible expanded roles for some or all of these people.

In a different piece by Sherman yesterday, he offered the following tidbit that caught my attention:

Ever since obtaining Lindor and Carlos Carrasco, the Mets have been trying to figure out how to divvy up the rest of what Cohen will spend this offseason: On one more big piece or by addressing a few areas?

Outside executives who dealt with Jared Porter in his waning days as the Mets GM said he presented that the Mets were concentrating heavily on roster spots 20-30 because they were worried about depth for the long season, but also that it could be the best way (rather than another big outlay) to produce more wins.

While the Mets are still reportedly in on some potential big adds, it was this 20-30 segment of the roster that Porter was most heavily involved in upgrading, and it's important that it doesn't get neglected. That's where the idea of getting an advisor on board with similar connections would seem to matter most. I'm still all for the Mets attempting to get a Brad Hand or a Jackie Bradley Jr. on board with the right contract, but I also understand how valuable lesser additions, such as acquiring Joey Lucchesi to build some real starting pitching depth, are to a playoff-caliber team. I'm really hoping that the Mets do offer an update this week on how they're adjusting to their post-Porter reality.