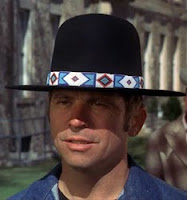 I made a decision a few days ago that I wanted to take a break from writing about the ongoing negotiations between MLB and the Players' Union. When I tried to analyze the bits of information that were trickling through each day I started to get the feeling that my brain was being led around in circles. It really didn't matter if MLB presented the most comprehensive set of safety protocols to the union. Without an agreement on the money, the rest was a lot of noise.

Still, although MLB Commissioner Manfred spent a lot of time throwing some dire numbers out in front of the public, it's been two weeks and we've yet to see a monetary proposal. What we have seen is two weeks of a propaganda campaign meant to portray the owners as reasonable and the players as greedy. Although the times are quite different thanks to the pandemic, the way this has proceeded is comfortably familiar to those of us who have been watching these negotiations for decades.

According to Jeff Passan's latest on ESPN, all of the useless foreplay is about to come to an end, and MLB will present an actual monetary proposal this week. With basically everything riding on the two sides reaching an agreement on pay, As Passan quotes an unnamed high-ranking official, "Everything is going to happen next week." It's about time.

I'm not sure what the point was of waiting two weeks to start a process that is already under an incredible time crunch. Apparently MLB owners think they have scored a huge victory by presenting a so-called "smoking gun" email from March 26 that seems to show that the players were aware that MLB wanted to keep open the possibility of further salary negotiations if games were played without fans.

That's apparently good enough for noted level-headed thinkers such as Chris "Mad Dog" Russo to declare a victory for the league by default. Now, there was a time during the Vietnam War when President Lyndon Johnson famously declared: "If I've lost Cronkite, I've lost Middle America", after the most trusted news anchor in America gave a blistering commentary on the war. I'm not sure Russo's hysterical screed on the matter is going to affect Tony Clark in the same way.

Each of us is free to decide our feelings on the significance of this email in our own way. For what it's worth, I think the whole thing is silly. The email says that the union was told that there would need to be more negotiations and, in the opinion of MLB officials, the union understood this. The Union has previously claimed that they considered negotiations on salary over, and it would be based on games played.

There might be an element of "gotcha" in all of this, and it wouldn't surprise me at all if the position of the Players' Union that the negotiations were closed was based more on posturing that negotiations were closed than their real belief that this was the case. It doesn't matter. There clearly are going to be negotiations on payment in order to play, and MLB's release of that email only injected unhelpful noise into the equation.

I don't pretend to know how this will play out. Both sides will be inflicting incredible harm on themselves if we don't play baseball in 2020. I would argue, however, that the greatest harm will be inflicted on the game itself if baseball goes dark. While the players would lose out on a chance to make some money rather than tossing away a full year of a short window of earning opportunities, it's the folks that own the teams that stand to hurt their own asset for years to come.

Baseball was still a pretty small business when I started watching it, and for all the ways that it has grown massively over the years, I can't say that it's been changed for the better. The primary reason that people used to own ballclubs was that they loved the game. Now it's just another big business run for the bottom line. It certainly is much, much bigger, but I'm not at all sure that it's any better.

Back when baseball was a lot smaller and my journey with the game began, there was an anti-war anthem that was popular on the radio called One Tin Soldier. It earned enduring fame when a version of the song appeared in the 1971 cult film classic Billy Jack.

This only pissed off the Valley People, who were greedy and had no intention of sharing that treasure. Instead, they charged up the mountain and slaughtered all of the peaceful Mountain People. The great "lesson" comes when they turn the stone over and discover the "treasure" was only the words "Peace on Earth" written under the stone. To me, it always begged the question why, when they invited the mercenaries from the valley up to share their treasure, the Mountain People didn't also say, "By the way, our treasure is only 3 stupid words scratched in the dirt. Please don't freaking kill us." But then, what lesson would have been learned from that?

When I first heard this song as a pre-teenager, it seemed quite profound to me. Now it just sounds like 2 parties who couldn't communicate basics to each other and act in their own best interests, wrapped into a trite morality tale with some catchy verses and a decent tune.

If the outcome of what happens in talks between MLB owners and players comes down to such matters as smoking gun emails and the considered opinions of the Chris Russos of this world, I'm afraid that, like the pathetic mountain people in this song, we're all freaking doomed by the combination of lack of imagination and simple common sense.


There won't be any trumpets blowing
Come the judgment day
On the bloody morning after
One tin soldier rides away.

Take care, everyone. I'll be back tomorrow. Stay well.