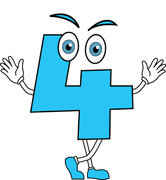 I was doing some reading late last night when I came across this post on FanGraphs, discussing MLB owners' claims of losses they would suffer in a hypothetical 82-game season played in ballparks without fans. Craig Edwards' look at the true numbers behind those dire predictions that have been bandied about this past week really clarified this issue for me.

One thing that was bugging me from all of the statements that MLB Commissioner Rob Manfred has been putting out is how the numbers seemed so inconsistent. At one point we're told that MLB would suffer roughly $4 billion in losses if no games were played at all. Then we're told in another statement that playing 82 games while players were paid prorated salaries would cost... $4 billion?

The statements from MLB over the past week or so have been long on projections of doom. They've also been quite short on actual documented evidence. In his FanGraphs post, Craig Edwards sheds some welcome light on what these numbers actually mean. He uses the AP article I linked to in my post Sunday as a starting point in questioning the claims of the owners. Noting the same inconsistency in the way that magic $4 billion number has been thrown around, Edwards picks apart the owner's claims.

The first thing that Edwards notes is that the predicted $4.4 billion in losses for teams paying prorated salaries over an 82-game schedule doesn't take into account the projected central revenues for MLB of $1.35 million that will offset 1/4 of those losses. Then Edwards goes on to show in various ways how those loss numbers are further offset. Depending how things play out, the losses could come down quite a bit. Teams might indeed still lose money, but we're all of us trying to mitigate risk and make the most of a bad situation these days. In a year filled with risk and doubt, these folks shouldn't be allowed to manipulate others to take on their share.

To put the icing on the cake, Edwards points out how accounting strategy has helped MLB teams to obscure their massive profits over the last 3 seasons while player salaries have not followed suit. He links to a piece he wrote on that subject last week that I also found quite enlightening. The bottom line is that there is quite a one-sided picture of reality that dominates much of the coverage of these negotiations. MLB owners control massive amounts of capitol, and they are going to use everything they can to minimize their own exposure while asking others to risk more for less.

This is not a simplistic good guys against the bad guys story. To a certain extent we expect everyone to do what they can to arrive at a solution that's best for them. The problem for me is when those with extreme wealth and power distort the truth consistently to skew things in their favor. Some - and I stress the word "some" - of the early coverage of MLB's opening negotiating position read more like a press release from MLB than journalism.

Most fans don't really care much about the financial details involved, they just want baseball to come back. Me, too. In the end, what the players make this season more or less won't change my life one iota. When I start reading the old take about players being greedy and owners just wanting what's best for the fans I feel the need to find my way back to a level of truth. I don't dislike the extremely wealthy folk in this country because they are successful, I'm just tired of watching them for decades carefully buying a concocted version of "truth" that puts what benefits them above everyone else.

At Hardball Talk, Craig Calcaterra also discusses the FanGraphs article. He points out that much of what MLB claims as losses is not actually coming directly out of the pockets of owners. He uses Fred Wilpon for one example. While the Mets are losing revenue from games not televised on SNY, since Wilpon owns a big piece of SNY he is also realizing savings with that entity from not having to pay for those games.

I don't want to beat this subject into the ground but, as Calcaterra notes, anyone who has been around for a while paying attention understands that the shell game of hiding revenue has been going on for a long time in MLB. The fact that people are willing to pay over a billion dollars for franchises tells you just how valuable they really are. The Wilpons aren't struggling to operate the Mets because the business is in danger, they're pinching pennies because they allowed themselves to be duped by Bernie Madoff.

ESPN came out today with a huge article sourced to ESPN Staff rather than listing authors. It becomes apparent just how much work went into this piece, citing interviews with over 80 experts inside and outside of baseball, as you endlessly scroll down the page reading it. This is decidedly not for those who prefer to digest knowledge in summarized bullet points. It would take me multiple posts just to summarize it.

If you're brave enough to take the plunge, what follows is a fascinating look at just how difficult it will be to successfully pull off the season that MLB is proposing. The ESPN writers interviewed officials, players, disease experts, government officials at different levels to explain the challenges ahead of baseball and, to some extent, all of us. If you have the time and curiosity this is one hell of a read.

A takeaway that I got from it was just how much added complexity lies in the vast, disjointed and sometimes counterintuitive response to this pandemic throughout various contingents of a vast nation that often  can't agree on the basics of what's going on and what needs to be done. If we really do find ourselves enjoying playoff baseball on television this fall it will be thanks to the efforts of many anonymous heroes working behind the scenes.

This piece in The Athletic from yesterday by Ken Rosenthal and Evan Drellich featured another good look behind the scenes of the ongoing negotiations. Worth your time, if you have a subscription. An important takeaway for me here was the note that it would probably require an agreement to be reached by June 1 for a season to begin in early July.

Given the complexities of trying to keep everyone safe as laid out in the monumental ESPN piece, that makes a lot of sense to me. While it's not written in stone that the season has to begin in early July in order to happen at all, certainly if the negotiations drag on an on there will be less incentive to play at all.

There were many serious things to think about today, but also some happier thoughts. I wrote a couple of days ago about the return of Germany's Bundesliga soccer league. There are injury concerns due to lack of conditioning, while the game looks and sounds more than a bit weird but, as this ESPN piece points out, if you love the game you're still happy that it's back.

I wrote yesterday about how I'm not the greatest when it comes to dealing with change for its own sake, but I know it will be great to see baseball back, no matter what it looks like. As the author stated about his love for his favorite game, "if you're here for the football, as opposed to the neatly packaged football-related entertainment show the game sometimes impersonates, you'll be OK with it." I sincerely pray that I will have a chance to say something similar to myself when baseball returns.

As a final share, despite all of the worries and misgivings I have about contract negotiations, I take comfort from this Jon Heyman tweet. The man does know a little something about the thinking inside the sport.


Both MLB and players get how devastating it would be not to play over $ gap. MLB commissioner Rob Manfred has a 25-year history of getting deals done (most w/lead negotiator Dan Halem). There does seem to be a big gap and the sides seem fairly entrenched, but too much to lose!
— Jon Heyman (@JonHeyman) May 19, 2020


My hope continues to be that baseball can make it back in a manner that benefits everyone concerned, players, management and the rest of us who just love to watch the game. You can't minimize all of the difficulties ahead to make live baseball a reality in this most challenging of years. I hope they can get it done.

That's it for me today. Thanks for stopping by. I'll be back tomorrow. Please stay safe and well.