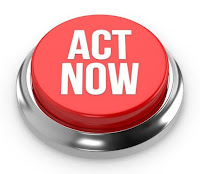 MLB.com's Mark Feinsand tweeted out yesterday that lefty reliever Brad Hand was coming close to making a decision on where he would sign, with a decision coming "perhaps even by the end of this weekend". The Mets are still in the running for Hand, but other teams are in it, too, and I've read a lot of speculation that the Mets aren't interested in giving a multi-year deal to the reliever. Hand has enjoyed plenty of success in his career as a closer. While there are questions about him losing some velocity, I'd be shocked if interested teams weren't willing to go 2 or more years for the guy. He'll be turning 31 before the season starts, which isn't old enough to scare teams from offering him 2- or even 3-year deals. If the Mets really are committed to holding to a 1-year contract, it seems likely that Hand will sign somewhere else, too.

I haven't seen enough of Brad Hand to form a real educated opinion on the guy, so I can't give you a few hundred definitive words on why the Mets should or should not sign him. However, when I saw this tweet from Jon Heyman later on yesterday, I have to admit that it bugged me a little:

Nats have emerged as a potential player for closer Brad Hand. They could use a lefty in pen but some question whether they have the $. Jays made a bid, Mets are monitoring, Angels and Dodgers are at least weighing Hand. Philly and Braves seek pen hep but haven’t been linked yet.

I'm not someone who believes the Mets need to sign each and every one of their targets for this offseason to be a success. I'm not going to show up on Steve Cohen's twitter feed making all sorts of bitter complaints if Hand signs somewhere else. I have to admit, however, that "Mets are monitoring" is starting to become a theme of this hot stove. Giving credit for the bold moves already made, if the Mets really believe that Brad Hand is a guy who can make a difference for them next season, go out there and make a bid. If not, move on to the guy you believe can. Rightly or not, Sandy Alderson had a rep for playing things a little too cautiously his last time in charge, and that talk is starting to come back.

Both Alderson and Steve Cohen promised at their initial press conference that the team would be truly competitive this season. While they're certainly in better shape than they were in November, there still are some glaring deficiencies that need to be addressed. And yes, there are still plenty of good players out there to add to this roster. But it's late January now. Unless something drastic happens at the last minute, spring training will be underway before you know it. Less monitoring and more decisive action would seem to be called for, lest the Mets monitor their way to mediocrity or worse in the time-honored Wilpon tradition.

With that note, here are some personal thoughts on where the Mets are right now, and where they could improve.

Starting Rotation
What looked like the club's biggest weakness heading into the offseason is now an area of strength. While it's true that you can never have too much pitching, the Mets have a level of depth here that they haven't possessed in many, many years. deGrom, Stroman and Carrasco are a strong 1-3. David Peterson, Steven Matz and Joey Lucchesi are all in the running to start the season in the 4 and 5 spots, and all three lefties are experienced major leaguers who have proven they can be decent starting pitchers.

Seth Lugo and Sam McWilliams are other options to compete for these spots, depending on whether the club sees them as starters or relievers. There's some depth here with Robert Gsellman, Franklyn Kilome, Corey Oswalt and Thomas Szapucki all offering at least some experience starting major league games. Noah Syndergaard could prove to be a huge addition to this mix sometime around the middle of the season. Non-roster invitees Oscar De La Cruz, Jerad Eickhoff and their own prospect Harol Gonzalez offer some deep depth to the mix.

Many of those names don't excite, but there are enough there to ensure the Mets at least have some options. Matz and Peterson aren't going to be the default fourth and fifth starter, they'll have to earn the jobs and pitch well enough to keep them.

I'd still like to see the Mets bring in some other veteran pitcher for an upside play on an incentive-laden contract. I don't blame them for not pursuing Corey Kluber when the Yankees were willing to pay him $11 million, but I'd like to see at least one other guy pushing Peterson, Matz and Lucchesi. If they decide to let Seth Lugo compete for the rotation that would probably do it right there.

I know there's been beaucoup Trevor Bauer chatter lately, but I honestly don't know how the Mets go there after the whole Jared Porter fiasco just finished playing out. If Bauer has one single interaction with a female on Twitter that comes across as even possibly misogynistic, the huge New York media will excoriate the club for signing a man with an existing reputation for questionable behavior on social media. One of the goals this year has to be changing the perception of the club around baseball. I just don't think the baggage that Bauer brings is worth it. But that's obviously their call, not mine.

Bullpen
I wrote about the bullpen a week ago, so I won't rehash everything again. Any of us who followed baseball for a while understand that there is no sure thing with relievers. Having said that, there are so many questions about the Mets bullpen. Which Edwin Diaz shows up this year is probably the biggest one. The late inning setup options are also big question marks. It's why I believe the Mets would be better served by using Seth Lugo as a multi-inning reliever. Beyond that, if Jeurys Familia and Dellin Betances could bounce back with solid years, that could be hugely impactful for the Mets. If they're awful again, however, the Mets would be in trouble with their bullpen right out of the gate.

There is some depth here, but there's a reason why Trevor May was the first significant signing the team made, and why they've been linked to Brad Hand so much. It's not just that they need a lefty, it's that they could really use another late-inning option if other guys falter. If, after "monitoring" Hand's market, they decide to take a pass, I still want to see them bring in one real late inning option and some more depth pieces for the bullpen.

Catcher
I've written about this previously, too. The Mets need to add someone to the mix for backup catcher behind James McCann. Tomás Nido would be the backup as things stand right now. He's never proven that he can hit enough to be a full-time backup. Behind him there is prospect Ali Sánchez, with almost no MLB experience and more questions about his offense. Bruce Maxwell and David Rodríguez are non-roster invitees who have never hit enough at the major league level, either. Top prospect Francisco Alvarez is 19 and years away.

As thin as this group looks now, what happens if McCann misses time with an injury? I can't believe a club that is serious about competing this season would not add at least one more capable veteran to this group. I'd hate to see them depending on getting much out of Sánchez, Maxwell or Rodríguez for a significant chunk of the season.

I've got some stuff to do this afternoon, so I'm going to break this up into a two part post and finish with the infield and outfield tomorrow. By that point we may very well know where Brad Hand will pitch this season. In the meantime, please stay safe, be well and take care.