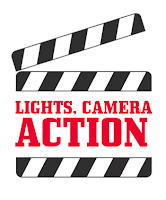 Before I take a look at where things currently stand with the Mets infielders and outfielders, I'll take a moment to react to Brad Hand signing with the Nationals. The accounts I have read said that the Mets were willing to pay Hand and give him a second year on the contract, but that Hand preferred a one-year deal with the Nationals and the opportunity to close. If the Nats had simply outbid the Mets I would have been ready to write something very uncomplimentary here. I'm still not happy when a Mets free agent target chooses to go elsewhere, particularly to a division rival, but I get that it's tricky to sign someone as a setup man who had been a closer and still wants to close.

I think there is a much larger question here about the practicality of needing to spend big bucks to sign bullpen pieces. History shows us pretty convincingly that this is not at all the most cost-effective way to build a bullpen, and it often blows up on the team choosing to do it that way. Look how well it went so far with Jeurys Familia and Dellin Betances.

One of the front office personnel moves the Mets made under Alderson was to hire Kevin Howard to be their Executive Director of Player Development. I hope that one of his mandates is to help the organization develop some relief pitchers for their own bullpen. That the Mets already signed Trevor May and tried hard to sign Hand was a necessary evil, but it shouldn't be this way for the foreseeable future. Develop some effective young relievers and the money that you save can be used for important signings and retaining some of your own players as they approach free agency. I'd be really disappointed if, three or four years down the road, the Mets were still chasing expensive relievers to build a competitive bullpen. More on this in a future post, I'm sure.

Yesterday, in Part 1 of this post, we looked at where things stand with the starting pitchers, relievers, and catchers. Today we'll finish up with the infielders and outfielders.

Infielders
Not to pick on someone when he's down but, other than the trade for Francisco Lindor, the second most important thing that happened to the Mets infield this offseason was when Robinson Cano was suspended for the season for his second PED infraction. I lost a ten dollar bill a few weeks ago and felt a bit a sting over it. I wonder what it feels like when arrogance and stupidity costs you $24 million and a place in the Hall of Fame? It's mind boggling.

For the Mets infield now, having Jeff McNeill as the regular second baseman is a big plus. With McNeill and Francisco Lindor as the double play combo, the Mets look more solid than they have since Jose Reyes departed the first time — and Lindor is a better defensive shortstop than Jose ever was. Questions about whether there will be a DH in the National League in 2021 open up a lot of questions about the two infield corners. It also matters if the Mets still pursue a full-time CF like Jackie Bradley Jr. or mix Dom Smith and J.D. Davis in the outfield and leave Brandon Nimmo as the everyday CF.

If there is a DH and the Mets bring in JBJ, the Mets should really consider letting Dom Smith play a lot of the 1B and let Pete Alonso get a lot of his ABs as a DH. I understand why they hesitated to do that last year. Alonso likes playing the field and it keeps him in the game better. Pete has also been willing to work very hard to improve defensively. Still, Dom is so much better at first than Alonso, it would be really tough to defend not taking the defensive upgrade.

As things stand right now, J.D. Davis would probably at least have a leg up on the third baseman job. Concerns about Davis' defense and prolonged hitting struggle last season — albeit in such a small sample — might still lead to the Mets bringing in someone else to play. As long as those who make the evaluations still believe in his bat, I'd like to see the Mets give Davis first shot at the job and work hard with him on his defense from the start of spring training. I like Davis, and I think a lot of people read too much into a tough month with the bat in a season that only lasted a couple of months. That's just my personal preference, but we'll see if the Mets elect to trade for a 3B.

Luis Guillorme is the primary backup infielder. He's a good defender at 2B, SS and 3B, and last year showed that he could hit a little — again, small sample size warning. In 57 AB he slashed an outstanding .333/.426/.865, while his lifetime MLB batting line is .259/.343/.683. But, then again, he's only totaled 185 lifetime ABs. I think the fairest way to look at Guillorme is that he's shown some promise to be at least a decent hitter, is a more than capable defender at multiple positions, and he's still only 26. Provided that MLB manages to play at least close to a full 162-game schedule, I think we have a better idea at the end of the season exactly what Guillorme's ceiling can be.

Robel García is the only other infielder on the 40-man. He had 80 plate appearances for the Cubs in 2019 and slashed .208/.275/.500. Luis Carpio (who only has seen limited time in Double-A), Jake Hager (a 27-year-old minor leaguer), José Peraza (lifetime MLB OPS+ of 79), and Wilfredo Tovar (another career minor leaguer), are the non-roster invitees for 2021. It would seem to me that finding another right-handed hitting utility guy who can hit against LHP would be an important addition. Enrique Hernandez seemed like a good fit, but he signed with the Red Sox.

Outfielders
So many questions here depending on whether the NL has the DH and whether the Mets sign Jackie Bradley Jr or go another way with CF.

Assuming they don't sign JBJ, Brandon Nimmo looks to spend a significant amount of time in CF. We know he's not a good defensive centerfielder. In fact, fielding metrics think he is among the worst at this position in baseball. Now, you might get by with a sub-par CF if you have two solid corner guys flanking him, but Michael Conforto is an adequate defender in right, while another year of Dom Smith/J.D. Davis/Jeff McNeill in LF promises to be another year of catchable balls finding grass instead of leather. Nimmo is an excellent offensive player, but I'd love to see him spending more time as a LF.

The fact that MLB continues to let this DH question linger is really unforgiveable. Apparently the hold up is over MLB's decision to try to bargain for expanded playoffs in exchange for the DH. The problem with this is that both sides have incentives to want a DH. Too bad they just can't agree to it and negotiate playoffs separately. But logic never seems to drive negotiations between MLB and the Players Association.

It's going to be difficult for the Mets to sign a true CF like JBJ with the DH question still hanging. If they don't, I'd rather see them sign a better right-handed hitting CF who can actually play the position than Guillermo Heredia. Seriously. Heredia is a Wilpon Mets type player. Please do better, Sandy.

Michael Conforto looked like a star in the making as a 24-year-old in 2017. Then he had the freak shoulder dislocation swinging the bat and just didn't look like quite the same player in 2018 and 2019, although he still managed OPS+ in the 120s both years. I always wondered if the aftereffects of that injury didn't have something to do with it. While his .322/.412/.515 line last year is unquestionably small sample size, he really did look like a more complete hitter to the eye in 2020. He may not be a .320 hitter, but think he is a genuine star player for the Mets. I hope they can keep him.

Whichever way they go with CF, I think the Mets OF is very much still a work in progress. At the very least I expect them to get an upgrade to Heredia. I'm sure will be revisiting this when more players are signed.

There's too much time left in the offseason to definitively critique the Mets front office on the current roster. We know more will be done. In looking at where things stand currently, I expect to see the following things happen:

It's been a tough stretch for the Mets. Missing out on George Springer and Brad Hand sucked, but there's still time here. I'm not completely against Trevor Bauer as a option, but I'd prefer they take that money and split it up. There is still most definitely work to be done in deepening this roster.
I'm going to withhold judgement on the Alderson regime's work this offseason until it's clear that the majority of the work is completed. It's already been a significant winter with the additions of Trevor May, James McCann, Francisco Lindor and Carlos Carrasco. I liked the José Martínez signing. I'm also realistic about the Mets not getting every player they wish to sign. Still, this offseason feels very much incomplete at this point, and the work still to be done can very well mean the difference between a successful or a disappointing 2021 season.
Please stay safe, be well and take care.
Read Part 1 of this post