Contemplating a Return of Baseball 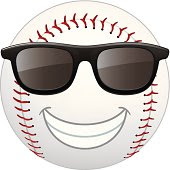 I thought I'd step back for a day from my series on the 2005 season and get back to the present time.  Earlier in the week there was a lot of discussion on a plan for baseball to return in May.  I'm on record as being skeptical of baseball coming back at all this season, and I'd rate the chance of a May return as almost zero.

As I'm sure that most of you have read by now, the plan is for the Players to all go to Arizona, have a mini spring training of some period of time, and play a season in the Arizona parks, including Chase Field and local spring training facilities, without fans.  In order to accomplish this without a Coronavirus vaccine the players, coaches and all support personnel would have to spend months in a virtual lockdown.  They would be away from wives, kids and all other family.

When I say players I don't just mean the rosters of the 30 Major League teams.  There wouldn't be minor league ball being played, so you'd have to include a significant "taxi squad" of players to cover for injuries. When I say all support personnel that doesn't just include trainers and the folks who work at the ballpark, but also people who feed and take care of these players and coaches. People who clean their living quarters, people who do their laundry.  That would amount to a significant number of people.

Now, we're told the current Administration really wants a return of sports as a way to signal at least the start of a return to normalcy.  I guess if enough pressure was put on baseball to figure something out we might actually see an attempt to make this happen, not in May but perhaps June or July.  Still a long shot, I think, but it brings up some really interesting questions.


If the people running baseball were absolutely committed to making this happen it could be done, but the logistics would be staggering.  And what would be the repercussions if this was done, the system failed and players got sick and some even died?  Such as risk.

Of course, with everyone stuck at home looking for things to do I imagine baseball would draw a huge TV audience.  Contrast that with the fact that if baseball just stayed dark for the whole year they would inevitably lose fans in the same way that the 1994-1995 strike cost baseball so dearly.  I do understand there is enormous pressure on the game to return.  I just think it's much more likely to happen next year.

We've been told there are efforts to speed production on a vaccine and have it ready faster than the 18 month timeline that's been discussed.  I don't know if that is possible, but I'm sure that the best way to ensure a return to something approaching normal life - and normal baseball - most likely hangs on that happening.

Whether the Arizona plan comes to fruition or not, I believe there are enormous challenges ahead for baseball.  These challenges go way beyond losing a year of service from your major league players.  How do you keep your minor leagues, at least the percentage that are truly prospects, from losing a year of development?

You could conceivably wait until things tone down and put together some sort of complex where a number of players from all levels can be brought together to work out and play some ball.  The same sort of challenges that the MLB in Arizona proposal would entail with the further challenge that there would be much less money available to ensure a closed system. The likelihood of a player being infected and subsequently infecting others would be much higher.

It would be risky, but the alternative of having your prospects lose a year of development would be a huge blow to an organization.

Baseball has a lot of challenges ahead no matter what happens this season.  As always, the best run organizations are going to be the ones most likely to successfully navigate all of these challenges.  I wish I had more confidence that the Mets could be one of the successful ones going forward, but I'm not at all that's the case if the current ownership remains unchanged.

Barring anything newsworthy happening in the meantime we'll take another trip back to 2005 tomorrow.  Please stay safe and stay well.