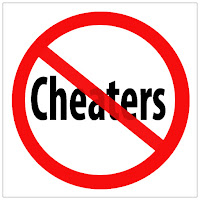 Joel Sherman had a new piece today in the New York Post discussing potential ideas to forestall another electronic cheating scandal similar to the ones in Houston and Boston. The one I would completely agree with is getting rid of the replay room and forcing managers to make a decision on their own about whether to call for a review on a play. I concur with Sherman that has to happen.

There would be a side benefit to this policy beyond stopping teams from using the live video and contact with the dugout in elaborate electronic cheating schemes.  While the idea of using replay to right grievous mistakes by umpires is something most of us can support, the way replay has evolved has hurt the pace of games. Every time there's a close play we watch transparent delaying tactics utilized by teams while they are awaiting a call from their booth. That whole act has gotten quite old over the years.

Sherman suggests allowing a manager 2 challenges and giving him 5 seconds to decide whether to use one. I think 5 seconds might be a little quick. I have this picture in my mind of an argument between a manager and an umpire raging as the umpire insists that the challenge was void because it was 2 seconds late. Still, I'm kind of tired of long replay delays on plays so close that they hardly rank as egregious errors, and cutting down on those would improve the game immensely.  If it takes 27 different views of a play in super-slow motion to overturn a call, I think I'd prefer just to live with the mistake.

I would go even further than Sherman. No one would have any electronic device anywhere near a dugout, and no one that had access to any would be allowed direct contact with anyone in the dugout. Since you can't really trust all of the hyper-competitive teams to police themselves, I would appoint compliance officers to enforce these rules. I wouldn't allow any of those compliance officers to remain with the same team long enough to develop relationships with teams and players. They would be moved around often enough to keep that from happening.

I know both pitchers and hitters like to review video of themselves in game for the purpose of making adjustments. Hitters might want to review video of a new pitcher coming into a game. That would have to be closely monitored or even eliminated if need be.

We've had so many cheating scandals over recent years, whether it's performance enhancers or sign stealing, there's always some players or teams willing to cross a line to try to come out ahead. If you doubt that the cheating makes a big difference you could look at the data and get your eyes opened to how bad it really is.

Check out the info on this site regarding the drop in strikeout percentage for the Astros between 2016 and 2017, when the elaborate cheating began.  Astros batter went from striking out 23.4% of the time, 27th out of 30 MLB teams, to 17.3% of the time, which put them 1st in all of baseball. Conclusive proof that, if you know exactly what pitch is coming, you are much more likely to hit it. It's not a one-year anomaly, either. The Astros had finished dead last and second from last twice in strikeout percentage in the 3 years prior to 2016.

It was a big deal, and taints the crap out of that World Series championship. Something like that can't be allowed to happen again.

Stay well, everyone.  I'll be back tomorrow with another visit back to 2005.