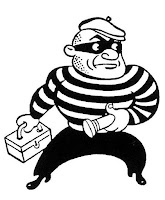 I wrote yesterday's post voicing my growing frustration with all the recent slew of articles predicting with some surety that baseball is coming back. As much as I try to stay hopeful and will continue to do so, I think I'm done with promises that are lacking in any real specifics. The story of this pandemic, at least to me, seems to be a lot of posturing and empty promises with little to back them up.

I spent a bit of time on that piece yesterday.  I started it in the morning and didn't post it until after 11 pm. I just kept walking away from it because expressing frustration isn't my favorite type of expression. I spent time taking my pups for a long walk in the woods and doing some stuff around the house. When I finally did publish the finished piece I grabbed my tablet to check out what what new in the world that day.

One of the first thing that I noticed was an article by Joel Sherman in the NY Post about the same subject. The article starts out by asserting, "MLB is growing more hopeful it is going to play games this season..." but also noted the lack of firm plans. I understand why these stories are written - hell, I've based several posts on them in the 5 weeks I've been back to blogging - but, at least for me, I don't find them really reassuring any more.

When there is an actual game plan for a start, filled with specifics and goals, I'll be happy to devour it and comment on it. Until then, for my own sanity, I'm going to pass.

I was looking back through my old posts and found this one. Was it really less than a month ago when baseball was supposed to reopen in May with all of the teams in Arizona? That one got a lot of electronic "ink" before it went nowhere.

In Rosenthal's piece for The Athletic that I linked to yesterday, this nugget was buried a few paragraphs down:

As momentum for the baseball season builds, some club officials even believe that opening parks to a limited number of fans might be possible in August or September in locations where the virus appears under control, an idea that seemed unthinkable only weeks ago and still might be impractical.

One club official acknowledged that fans in such a scenario might need to wear masks and gloves and undergo temperature checks as they entered ballparks — checks that might not be reliable. Parks could open to far less than capacity initially — say, 15,000 fans who are seated far enough apart to fulfill social distancing guidelines — and gradually increase the crowd size over time.

Rosenthal rightly expresses skepticism over this one, albeit less skepticism than the idea deserves (still might be impractical?). I don't know about you, but the thrill of attending a game in person is that of participating with a bunch of other fans in rooting your team on. That's the one thing that inspires me to leave the comfort of my living room and big screen TV for the ballpark.

So I'm going to plunk down a big chunk of change for ticket and head to Citi Field. Once I get there I hope it's not too hot of a day, because that mask and pair of gloves I will be wearing won't be very comfortable. But at least I can look around and 6 feet in every direction there will be another fan, also masked and wearing gloves. I can hope that the guy sitting 6 feet behind me who continually takes his mask down to eat and drink isn't infected, because if he is that failure to keep his mask on is going to become my problem.

Some of this stuff gets so silly, it's hard to take any of it seriously. I do believe there can be a return to baseball of some sort, but the idea of even 15,000 fans in a ballpark at any point without a vaccine or at least a real, effective COVID-19 treatment, is a joke. But then speculating about "gradually increase[ing] the crowd size" - that's just ridiculous. It makes it clear that we're not even close to a real plan.

When I took the dogs for a walk yesterday, we drove a couple of towns over to Woodbury, CT, to hike at a nature sanctuary there. I'm travelling further for our walks these days, as most of the places we used to walk at closer to home have become severely overcrowded with folks like me on extended Coronavirus furloughs.

Just before you get to the parking area for the sanctuary, you pass Quassy Amusement Park on your right. It's been there forever, serving generations of children from the area. I went there quite a few times as a kid. It's not Six Flags, but I loved it. To a kid like me who hardly went anywhere, it seemed magical.

The place is closed, but the rides are sitting there and ready to be enjoyed. It occurred to me driving by that, for the first time since just after WWII ended, those rides would remain closed and empty for the entire summer. For a new generation of kids there will be no memories of riding on the old rollercoaster and eating way too much cotton candy in 2020.

Across the street from Quassy is a beautiful Little League complex. Normally at this time of year it would be rocking with kids playing ball and their families cheering them on. For this year it sits empty, another casualty of social distancing, brought to you courtesy of the Coronavirus - an uninvited and unwelcome guest which has, nonetheless, made itself at home.

I support efforts to keep as many people as possible from dying, despite the fact that it's cost me my living right now. Despite the fact that these efforts are going to ruin a summer for many of us, young and old. I'm not willing to sacrifice my life, nor the lives of my friends and loved ones. I'd love to see a better effort to get us to the other side of this thing than we've witnessed so far, however.

I want baseball to come back, too - really badly. Show me a real plan, one that can keep everyone involved in the game safe, and I'm all in. Just make it realistic and achievable with the tools that are available to us now. I'll be all in again. I can't wait.