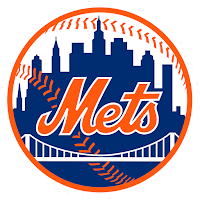 I had some fun with my proposal yesterday that we band together and take advantage of the supposed fire sale price to purchase the Mets. John from Albany, who writes at Mack's Mets, left a comment asking me if I remembered back when Wilpon and Doubleday bought the team back in 1980 that there was another group of fans that were involved in the bidding.

I honestly don't remember this. I was 21 at the time and basically falling in love with every girl that let me get past first base, and really didn't pay as much attention to the off the field stuff. I spent some time on Google trying to find some info on this, but came up empty. It's fascinating to think of the Mets with some sort of Green Bay Packers type of ownership.

I did find a couple of interesting pieces to share on the 1980 sale. This one on Barstool Sports was a nice summary of the January 1980 sale and the events leading up to it.  A couple of thoughts from that one:

First, I forgot that Fred Wilpon's initial stake in the Mets was only 1%. The piece also summarizes how the sale of Doubleday and Company in 1986 basically allowed Wilpon to get a 50% share of the club and eventually take full control in 2002. I can't help wonder how much better shape the club would have been in had Doubleday continued on as the majority owner.  We'll never know, but the Mets went on a clear, predominantly downhill trajectory during period that coincided with Wilpon's rise. Doubleday was more of a hands-off, behind the scenes guy - the kind of owner I hope for now.

The second is that the $21 million dollar purchase price 40 years ago was a record for a baseball franchise. That number seems so laughably quaint now, but the rise in franchise value over the years has undoubtedly contributed to the high costs of attending games in person and the disappearance of baseball on free TV and the rise of cable regional sports networks like SNY.

The other great link I wanted to share was this one from SABR.org that has a long, detailed look at the history of the Mets ownership from the birth of the franchise through 2017. Really good stuff here if you're looking for a good, long read to kill some social distancing imposed free time.

Thanks to John from Albany for leading me down this road this morning.  John has a nice post on Mack's Mets on his composite of Mets prospect lists that also will also entertain and divert you today.

I'll be back later with the regular post from today.  Enjoy some good Mets reading and, of course, stay well.

Note: Some time after I posted this I noticed that I made a mistake in the original post. I wrote that I was 18 when the sale went down, but I was actually 21. As much as I would love to lop 3 years off my age, in the service of honesty I've corrected the error. The part about most of my interest being in girls still held true those three years later, I was just a bit more successful in my pursuits at that point.