Dreaming of a Fertile Farm 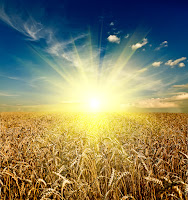 I'm not an expert in the area of baseball prospects. You'll never see me speculate before the draft on who the Mets might pick. I lack both the knowledge and the time to pick up that sort of expertise. Despite that, I've been interested in the areas of scouting and developing for a long time, particularly when it comes to the Mets. This interest dates back to the late 1990s, as my love for baseball slowly recovered from the 1994-1995 strike/lockout.

I began to realize just how lacking the Mets organization was in that area. and how much it hurt the club from remaining competitive for more than short periods of time. Steve Phillips was the GM at the time that I started paying attention. He always struck me as someone that cared more about churning up his roster in countless trades than the slow, difficult work of scouting and developing players. The Mets record in draft success under Phillips wasn't great, although they did pick up David Wright and Aaron Heilman in the same 2001 draft.

Jim Duquette's one draft as GM was unproductive, but Omar Minaya had some good drafts. In 2005, the Mets drafted Mike Pelfrey. Jon Neise, Bobby Parnell, Josh Thole, Drew Butera, and Jeremy Hefner. No all-time greats, but that's a lot of major leaguers out of one draft.

After 2005, Minaya's free agent signings led to a lot of forfeited draft picks, and the Mets wasted a lot of what higher picks they had left on college relievers, trying to fast track help for their beleaguered bullpen. Still, the Mets added Joe Smith and Daniel Murphy in 2006, Lucas Duda and Dillon Gee in 2007, Ike Davis, Kirk Nieuwenhuis and Collin McHugh in 2008, Steven Matz in 2009 and Matt Harvey, Matt den Dekker and Jacob deGrom in 2010. I left out some names that Minaya drafted that had briefer MLB careers.

The first draft under Sandy Alderson in 2011 netted a few major leaguers. The best were Brandon Nimmo, Michael Fulmer, Robert Gsellman and Seth Lugo. In 2012 the Mets busted with Gavin Cecchini at number 1 and didn't do great overall, but did draft backup catchers Kevin Plawecki and Tomas Nido and reliever Paul Sewald. In 2013 they drafted Dom Smith, Luis Guillorme and Jeff McNeil. The 2014 draft wasn't great, but they did pickup Michael Conforto in the first round. 2015 hasn't produced anyone of any impact. 2016 netted trade chips Justin Dunn and Anthony Kay and rookie HR record holder Pete Alonso. It's really too soon to talk about more recent drafts, but Jered Kelenic from 2018 looks to be a potential impact player, sadly not with the Mets.

The Mets actually did well drafting under Minaya, including a decent amount of value in later rounds. I know some Mets fans got angry when Minaya came back to the Mets in 2017 as a special assistant to Alderson, but I thought it was a good hire. I wouldn't want him back as GM, but he's pretty strong in scouting and development, and that's basically his job now.

Stepping back into the present, the just completed 5 round mini draft was the second under Brodie Van Wagenen's term as GM, and I find myself liking how his first two drafts went. The Mets went after upside in 2019 with high schoolers Brett Baty, Josh Wolf and Matthew Allan. They seem to have done it again this year with Pete Crow-Armstrong, J.T. Ginn and Isaiah Greene. I'd rather see them go for a kid that has a chance to be special than the so-called safe picks like Gavin Cecchini and those college relievers that Minaya kept drafting. It remains to be seen a few years down the road how they've done with later picks, or what they manage to snag out of that large group of unsigned plyers this year. I do like the approach, there seems to be some actual thought behind it.

I like high-upside draft picks because, if you can develop them, you have potential future impact players for your team and also desirable pieces to use in a trade. It's hard to make a trade for a good big league player if all you have in your system is utility infielders, fifth starters and relievers. So, at least in my mind, so far so good for the Van Wagenen regime.

At The Athletic, the Mets draft got good reviews from Keith Law and a rave from Jim Bowden, who liked Crow-Armstrong, Ginn and Greene, as well as fifth-rounder Eric Orze. His overall assessment was gratifying to read:


Give the Mets credit for an incredible draft, especially considering they were working from the 19th slot.

One thing the Mets always seem to lack that I'd like to see addressed is farm system depth. If you look at top prospect lists for the Mets over the years there never seems to be much at all after the cream of the crop. That's changed a little bit more recently, mostly due to years that they had some luck in later rounds. In the middle of the last decade, they had some depth because of trades.

An area that the Mets have never particularly excelled at was signing and developing International free agents. There have been a few that have been useful, more or less, like Wilmer Flores, Jeurys Familia, Luis Guillorme and Juan Lagares, but there hasn't been much. Maybe Amed Rosario develops further and becomes a really good player, or maybe it will be Ronny Mauricio, Andres Gimenez or Francisco Alvarez that finally becomes a really fine major league player. Maybe none of the above, you never know. Other than Edgardo Alfonzo and Jose Reyes, there really hasn't been much impact from international players that the club signed and developed.

The Mets have supposedly overhauled their international scouting department, it remains to be seen how that turns out. If the Mets ever are to develop a deeper farm system they'll really need to do more on the International market. A melting pot like New York is screaming for more good Latin American and other international players on the big club's roster.

There's so much uncertainty around the club right now. You have the massive disruption of the pandemic, the potential sale of the team and whether a new owner might decide to hire his own GM, especially if an MLB season gets going and the Mets struggle. I can only hope that any new owner would see the value in keeping the focus on scouting and development, and be willing to spend money in that area. I know if I was a billionaire and I bought this franchise I would do that, and also demand performance in that area. If success is ever to be sustained over more than two or three seasons, a well-functioning scouting and development will be crucial.

That's it for me today. It's good to be back after missing yesterday. I had a long day at work and big issues with sciatica when I finally got home. I'll definitely be back tomorrow, hope to see you then. Please stay safe, be well, and take care.