Alex and Jennifer Still in It 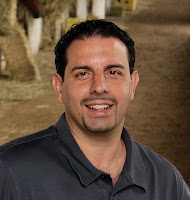 A new report out today indicates that Alex Rodriguez and Jennifer Lopez have found a billionaire to back their play for the New York Mets. Citing a tweet by Darren Rovell of the Business of Sports Betting, the billionaire's name is Mike Repole, described as a lifelong Mets fans and a native of Queens, and he has joined the group that Rodriguez and Lopez are putting together.

It's funny, but the way this has been reported on, every time a week goes by without a mention, Alex and Jennifer are written off. It takes some time to put together the type of money that they're looking for, particularly since their vision is more ambitious than just owning the Mets. Their idea is to turn Citi Field and the area surrounding into an entertainment venue along with local shopping and dining options designed to make the area a "sticky" type of place where people would look to spend the day rather than just shooting in and out strictly to watch games.

I was a little skeptical of them early on. The local New York media has tended to treat A-Rod as a joke for many years going back to his time with the Yankees, and it's hard not to let yourself buy into that. If you listen to them, however, both Rodriguez and Lopez are smart people. I think baseball is heading into a pretty tough time, with some wounds self-inflicted and some beyond their control. I think there is a better chance of success for a plan that's bigger than just baseball.

Whether Alex Rodriguez and Jennifer Lopez are ultimately successful in their bid or not, I think any prospective owner would have to look into turning the area around the ballpark into something more than it's been for so many years. It's really been an opportunity lost for quite some time. The Wilpons talked about doing something like that when the place now called Citi Field was first proposed. That all pretty much went away as the cuffs were being snapped down on Bernie Madoff's wrists in December 2008.

If a new ownership group for the Mets is successful in creating a profitable operation that is bigger than the team itself, you're much more likely to see the type of spending that I envision above. It would also serve as the answer to the question that keeps being asked, "Who would be willing to buy a team in the middle of a pandemic and the resulting economic downturn?" The answer would be someone who has a really smart plan to create a long-term success.

There have been rumors that multi-billionaire Steve Cohen is still in the picture for buying the club, although there seems to be at least as many people insisting that he's not as are saying that he is. I won't speculate on what's in the man's head, but I would guess that, if he was to buy the Mets, he would have to look into doing something more with the neighborhood around the park. Whatever you might think of the man, he's certainly smart. He might be a Mets fan, but I would doubt that he would be willing to buy the club and just bleed money into the operation just so the team might actually win it all again and we could all think he's a great guy.

Honestly, a fear of mine would be a group buying the club and running it with a dry corporate mentality that was strictly based on dollars and cents. Sometimes that type of ownership is more than content to have a club contend around the margins as much as possible rather than striving to win championships.

Another consideration is that baseball is declining in popularity for years, especially among younger people. If that doesn't change the sport is eventually going to age out of relevance. All of the clubs seem to have followed the same road map. Many have built new stadiums with luxury boxes and other premium areas that generally sell to corporations. If baseball continues to lose popularity, these corporations can decide to spend their money elsewhere.

Another thing most of the clubs have in common is that they're very dependent on television contracts with Regional Sports Networks. These RSNs pay hefty fees for the privilege of carrying these games, and make it back selling commercials and charging hefty carriage fees to cable providers. Lots of folks are cutting the cord on cable tv. Some are signing up with cable alternatives like Sling TV and YouTube TV, but those alternative providers are increasingly balking at paying large carriage fees for sports. And many cord cutters, particularly younger ones, aren't even bothering with this cable alternatives. It may not be too many years before these RSNs aren't going to be able to command the fees that they once were.

If baseball is going to stay relevant, the league and the individual clubs are going to have to be willing to look past what has worked for them over the last few decades and be willing to adapt to a changing reality now and in the future. I think if I understand correctly what Alex Rodriguez and Jennifer Lopez are proposing to do, I think it's a smart way to take a baseball franchise into the future. Anyway, I'm curious to see where this all goes.

Update: Just as I was finishing the above the New York Post is reporting that Dave Portnoy of Barstool Sports may also be involved in the ownership group being put together for this bid. If only papa hadn't invested all of the family money into an old borax mine in Nevada, that could be me, too. Sigh...

Apparently the Players Association is voting on MLB's 60 game proposal tonight at 5. By all accounts they're unlikely to approve it. I guess at that point Rob Manfred can look to impose a shorter season, but if he does that MLB won't get the expanded Playoffs that they desire. I'm not going to speculate on what will happen. I'm still hoping for an agreement, but with all of the positive tests coming out of training camps and the ongoing failure of negotiations, this thing is looking harder by the day.

Anyway, I'm out. Thanks for some of your time today.  Please stay safe, stay well and take care. I hope you'll come back this way soon.