Someone Needs to Get Creative 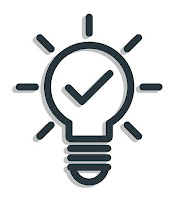 I've been thinking and writing a lot about the ongoing negotiations between MLB and the Players. I'm not a fan of the way that either side has been negotiating, but I've been a lot harder on the owners for several reasons. I've been really turned off by their overall strategy going back to early May when this whole kerfuffle got underway. I detailed my suspicion that MLB purposely maneuvered us into this current space in my post last Friday. The gist of it is that I believe they wanted to have the negotiations drag along endlessly until we reached a place where the only possible resolution was a short season at full prorated pay.

The Commissioner has the power to set the length of the season, the only thing really stopping this right now is that the players would have to agree to the expended Playoffs that the owners want. If a few more weeks drift by in this current impasse, MLB could probably get the Players to agree to that by offering a large enough piece of the Playoff pie to them. The only real problem for MLB Club Owners is that the continued negative publicity over this ugly public fight masquerading as bargaining is likely to do a lot more damage to baseball's reputation with the public each week that goes by.

I've argued previously that it is very much more in the Club Owners' interests to get this resolved quickly and score some public goodwill from getting the game back on the field. Players have a short-term interest in all of this, primarily what they will make in 2020 and however much is left in their relatively short careers going forward. Most of these Owners are presumably in it for the long-term. They should be interested in doing whatever they can to keep the game on the field and public perception of the game as positive as possible. Instead, they seem to be only focused on short-term losses. I just can't understand why stewards of a multibillion dollar industry are allowing themselves to be so myopic.

As bad as the Owners have been, at times it's easy to overlook the failure of the Players Association to do anything more than to continually demand full prorated pay for however many games are played. I wrote a few days ago that, if I was a player, I would be seriously wondering whether Tony Clark was the right guy to lead this Union going forward. After by all accounts getting burned badly in the previous Basic Agreement negotiations, the MLBPA has shown an almost stunning lack of imagination in their proposals back to MLB.

Let's play a game. Tony Clark has been handed his walking papers and, after careful consideration, you have been selected to take his place. You take a hard look at what's been going on for the past month, and quickly realize that there is clearly no way that MLB is going to allow anything more than a very limited amount of regular season games at full prorated pay. Do you continue to insist on it, or do you attempt to be more creative?

Right now both sides seem to be negotiating for 2020 with an eye on the Basic Agreement that will be expiring after next season. As head of the union, would you ask MLB to make some concessions on the upcoming Basic Agreement for the payroll cuts that they are seeking for this season? Some items that might be discussed:

Those are some ideas, I'm sure you as the new Union Head could come up with some of your own. The idea would be to get creative and stop insisting on a longer schedule with full prorated pay that you know you can't get. Or, conversely, you could follow the lead of your predecessor Tony Clark. Then you, too, can see negotiations grind to an unproductive halt, and soon we will be looking to find your replacement. The ball is in your court.

Back to the real world, where Tony Clark still holds onto his job, I wonder how much longer he clings to the full prorated pay mantra. I understand he is under pressure, answering not only to a large group of players who hold differing beliefs, but also to agents like Scott Boras who hold power commensurate to the number of players they represent. Still, the extraordinary times we live in demand creativity and vision from a leader. We're still waiting for Mr. Clark to demonstrate that he possesses those traits. Yeah, MLB has behaved quite badly throughout these negotiations, but that doesn't let Tony Clark off the hook if these talks fail to move forward.

Speaking of the Club Owners, their PR campaign pushes forward while these negotiations go nowhere. Since I started writing this post a couple of items have popped up in my news feed.


"The industry isn't very profitable to be quite honest, and I think they understand that. But they think, you know, the owners are hiding profits, and you know there's been a little bit of a distrust there."

This mirrors statements we heard from Cubs co-owner Tom Ricketts last week. We're to believe that club owners plow every nickel back into their clubs, and no one in the industry is stuffing any profits into their pockets. They really want us to take their word for it, even as they continue to obscure their finances from the players and the general public, even as franchise values soared into the billions.

Sure enough, Diamondbacks managing partner Ken Kendrick goes on local sports radio in his neck of the woods with the following lament:


Why is it that we are the only sport that doesn't have revenue sharing? All of the other major sports have revenue sharing... [MLB and the players] would be acting as partners to get back together and get back on the field. The very lack of a revenue-sharing model puts us in an adversarial position when we really ought to be partners and advancing the game and building the revenues because all would win in those circumstances... union leadership takes the position that's a non-starter. We wouldn't even be in a discussion right now if we had revenue sharing. It's sad.

That's it for me today. Thanks for stopping by. Stay well, be safe, take care. Hope to see you back soon.