On Corona, Joe West and Other Deadly Plagues 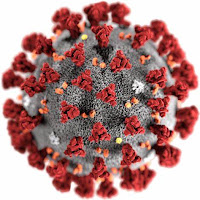 I really, truly want to write about baseball. Sadly, after weeks of writing about collective bargaining failures, I now find myself writing about failures in MLB's COVID-19 testing program. MLB supposedly had solidified their testing by buying in to that Utah lab. The idea was that they could handle all of the testing for baseball and there was even going to be excess testing available for the general public. That way MLB could avoid negative publicity from utilizing extensive testing (every other day for players, coaches and support staff) while the rest of us still have trouble getting tested once.


A memo the Players Association sent to player agents today says the union and MLB are “actively pursuing an additional medical lab site to increase the speed and efficiency of test processing and reporting.”
— Ken Rosenthal (@Ken_Rosenthal) July 6, 2020


In the Post yesterday, Joel Sherman noted that MLB's failure in testing so far was related to a "perfect storm" of problems, mostly related to the difficulties of shipping over the 4th of July holiday weekend. That's all well and good, but why are they looking for an additional lab site if all of the problems are shipping related?

MLB issued a statement on COVID-19 testing yesterday. The statement was long on excuses and short on apologies, something we've come to expect from the Commissioner's office. The key paragraph was this:


Our plan required extensive delivery and shipping services, including proactive special accommodations to account for the holiday weekend. The vast majority of those deliveries occurred without incident and allowed the protocols to function as planned. Unfortunately, several situations included unforeseen delays. We have addressed the delays caused by the holiday weekend and do not expect a recurrence. We commend the affected Clubs that responded properly by cancelling workouts.

Look, if MLB turns things around quickly and starts giving tests, processing them in the 24-48 hour time frame and providing results quickly, this will all blow over and we won't have to talk about it any more. However, if this continues much longer, they could provide all of the excuses in the world and it's not going to matter. They've already shaken the confidence the players have in the system, they're going to lose them if the gaffes keep coming.

Beyond those concerns, of course, is the fact of the worsening pandemic in the United States and the scarcity of testing becoming a thing again. Even if MLB can successfully test players every other day and get the results back in a timely manner, at what point does using those resources become a moral issue if the shortage of tests for the public continues? Tough decisions lie ahead. 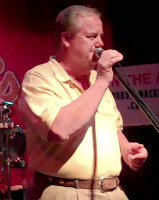 If there was one positive thing that might come out of this pandemic, it would be the hope that 67-year-old umpire Country Joe West might opt out of calling games this season. I mean, seriously, could this virus at least keep one of the absolute worst umpires in baseball out of the game for one freaking season?

Sadly, the answer is no. In an interview with Ken Rosenthal in The Athletic, Country Joe informed us that he has his heart set on breaking Bill Klem's career mark of umpiring 5,375 regular-season games. Given West's propensity for blowing calls, it's almost mind-boggling to consider how many bad calls he will amass before calling it a career.

As someone who is considered a high-risk individual for COVID-19, West could have sat out the season and collected full pay and service time. Great, right? Sorry, no can do, fella. You see, Country Joe ain't afraid of no coronavirus, as he explained to Rosenthal:


"...most of these people that they're reporting are dying are not healthy to begin with. I've lost 25 pounds over the winter. I'm playing golf every day in the heat. I'm fine. I'm not going to back down now... I don’t believe in my heart that all these deaths have been from the coronavirus. I believe it may have contributed to some of the deaths."

That's right, Country Joe, exercising the exact caliber of judgement that has made him a blot on the MLB landscape for many years, believes he knows more than the infectious disease specialists with all their stupid advanced degrees and years of experience. He doesn't believe in his heart that all of the 133,000 people whose deaths have been attributed to coronavirus really died of the virus, although he's generously willing to concede that "it may have contributed to some of the deaths."

Maybe instead of umpiring in 2020, Joe can take all of those smarts and work on finding a cure for the disease. In fact, he should recruit Angel Hernandez to help.

One day I read some pundit's confident assertion that Steve Cohen has no plans to revive his efforts to purchase the Mets. Then the next day I read that he's back in. I wish I could clarify his true intentions with you, but he refuses to return my calls. He also mentioned something about a restraining order, but I'm sure he was just kidding.

Anyway, the always unnamed sources close to Cohen let the Post know that Cohen has been monitoring the Mets situation closely and could take another shot at buying the club. The article notes that the Wilpons want a deal done by October so that a sale can be approved by the end of the year.

There were reports of bad blood after the first deal fell apart. Commissioner Rob Manfred sided with Fred and Jeff in their claims that Cohen acted in bad faith, although how this allegedly happened was never explained. If Cohen is back in, and comes up with a few hundred million more than the next highest bidder, I think the Wilpons will forgive him.

I'm not going to hold it against Cohen that he got Fred, Jeff and Rob Manfred mad at him. I don't hold any of that bunch in high regard, anyway. If Steve Cohen figures out a way to get the Wilpons out of the picture by the end of this year than he will have my perpetual thanks for ridding us of a plague that has tormented us for much longer than the coronavirus.

It's closing time for me today. Thanks for stopping by. Please stay safe, be well and take care. We'll talk again soon.