You Can Dress Them Up, but You Can't Take Them Out

The Mets sure know how to dampen a return to action with lousy play. An uninspired double header shutout loss to the Marlins drops their record to 12-16, not to mention completely obliterating whatever momentum they built with 3 wins in a row over these same Marlins before COVID-19 put them out of action for four days. Of course, those three wins in a row came after three dispiriting losses to the Phillies after the Mets were swept in that series. It's been a virtual rollercoaster with this club all year.

I'm not dumb enough to try to predict what happens today or tomorrow, but I will offer a prediction of sorts. As they have done since the weird, truncated 2020 baseball season began just over a month ago, at some point soon the Mets will put together a promising stretch of games. Just about the point you're thinking that maybe they can actually make a push for the expanded playoff field, they will run off another stretch of almost unwatchable bad baseball. Lather, rinse, repeat.

I wrote yesterday that I doubted that GM Brodie Van Wagenen would try to make a big deadline splash this year. I haven't agreed with every move that he's made since he was hired in October, 2018. I've doubted at times that he was the right man for the job, but I never found the guy to be stupid. You make a trade deadline acquisition because you feel that one or two guys can make the difference for your team. I don't think anyone in their right man can come to that conclusion about the Mets.

To begin with, this team has one good starting pitcher, maybe two if Lugo pans out. The lineup is ok, but subpar seasons from catcher Wilson Ramos, first baseman Pete Alonso, shortstop Amed Rosario and the versatile Jeff McNeill have hurt them a lot. If you held a gun to my head and asked me to pick two theoretical trade pickups that might secure a playoff run, I'd pick a good, dependable starting pitcher and a middle of the order bat. Even if these were available, not a given when so many teams have a theoretical chance of making the playoffs, what would it cost to obtain this?

The best chance of the Mets picking up even one of these two players without paying a ridiculous cost would likely entail a willingness to take on all of the money owed that players. Show of hands out there, how many of you Mets fans can envision that happening with the Wilpons still owning the club? Yeah, me neither.

Barring rainouts or COVID stoppages, the Mets will only have 27 games left after this weekend. Any deadline pickup will have less than a month to make all of the impact they can. If it takes that player a week or two to get their bearings with their new club, even less time. And keep in mind that there is a non-zero chance that this season could come to an abrupt end thanks to our old friend coronavirus. If new ownership was already in place, they can weigh the risks to the future against whatever rewards there would be by improving their playoff chances this year. That's certainly not going to happen before Monday.

I'm someone who spends a fair amount of time thinking about the Mets, as you can probably guess since I've written about them almost every day since I resumed blogging on March 24. I've been thinking much more about the future than I have about this season for quite some time. While I freely admit that it would make me happy to see them put together enough good baseball to make these playoffs, I wouldn't sacrifice the future for that goal.

To that end, I try to put myself in the place of the next owner of the Mets, even if the truth is that I've already been eliminated from any possibility of that happening. If I was taking over, the first thing I'd ask myself is what I could do to change the earned perception the Mets have around baseball as a poorly run operation. To that end, my focus would be on something bigger than just making a splash in the free agent market this winter.

I'd want to ensure that the Mets would become an organization where the most qualified people would be eager to work. Not just front-facing personnel like the GM and Manager, but all of the way up and down the organization. There do seem to be improvements in scouting and development as far as the last two drafts are concerned, but I'd want to ensure that my club was at the forefront of foreign scouting, something the Mets have always had somewhat of a spotty record with over the years. There have been a few hits, but not any real quantity from that source.

Going forward, if the Mets ever want to get beyond this boom and bust cycle, where a relatively short cycle of playoff contenders is followed by a dreary parade of non-contending seasons, they really have to up their game quite a bit in scouting and development. Clubs like the Dodgers, Red Sox, Cubs and even the Yankees are able to use some highly rated prospects in trades because they have enough left in their system to help their own club, too. Clubs like these may eventually have to take a step backwards to retool, like the Red Sox this season, but their fans aren't going to have to wait a half decade for the next contender.

I know this is a bit of a cliché, but if I was taking this club over, I'd want to be overseeing an organization where the best people get rewarded with better jobs, not because they're friends with me, but because they earned what they've been given. If you're someone who pays attention to baseball as a whole, you'll notice that every time a new GM job opens up, a good amount of candidates come from successful organizations. It's no accident that people that work for these organizations are seen as attractive to less successful clubs. How often do GMs get hired by another club out of this organization?

Now, of course, plenty of times these folks are hired by other teams and fail to turn them around. Even the most qualified candidate can't guaranty success to an organization that is lacking in areas that aren't as obvious to the fans and others looking in from the outside. New Mets GMs inevitably fail and get handed pink slips in favor of the next candidate to miraculously save the day. We've had a lot of leadership changes over the years, and every time I have allowed myself the small amount of hope that this time it would be different. But it never really was, because the underlying problems still remained.

I'm not going to spend any time today bashing the Wilpons. I've done that plenty in that space. With their time running this club finally coming to an end, that knowledge is enough for me right now. I will say, however, that how much the way they've run the team over the past decade has been rightly called out, their failure with this club stretches back much further. It wasn't about how much money they spent on players and who they spent it on, it was that the underlying organization was always weak and an object of ridicule around baseball. That perception was as damaging to this club as some of the more obvious public mistakes were. Good people that had a choice between working for the Mets or working for a better organization chose the other organization more often than not.

I wrote a few days ago about my worries that MLB, guilty of propping up the Wilpons for the past decade as they caused incalculable damage to this franchise, might double down on their past mistakes by allowing a group that was highly leveraged to buy this club. The Mets already carry a ton of debt, along with an below-market tv deal with SNY that the Wilpons reportedly are unwilling to include in their sale of the ballclub. There is still uncertainty about what exactly next season will bring, with no proven vaccine as of yet and no telling how deep of a financial crisis the country as a whole might still be experiencing. 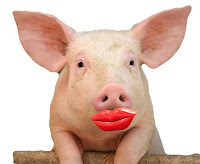 A new ownership with a lot of debt coming in to their takeover could prove to be a disaster for the Mets. I'm not just worried about how much they might spend on player salaries, I'm even more concerned about their ability and willingness to spend on the vital parts of their organization that most of us fans will never even see.

The goal here just can't be simply a single playoff run or a more competitive team for next year. The next owner of the Mets will find their honeymoon with the fans to be quite brief if they don't make top-down changes to this entire organization and the way it's run. Maybe it's unfair, but they'll be inheriting some of the leftover baggage from the Wilpons along with the club, and the only way they can get past that is to prove that it's not business as usual in Flushing, Queens. Slapping lipstick on a pig might allow you to make a brief splash, but in the end everyone can see that it's still just a pig.

I've already gone on long enough for today. I'm not sure if I will be able to post tomorrow. I have an appointment with the doctor and a full day of work. I'll do my best. Please stay safe, be well and take care.