Looking for the Roadmap 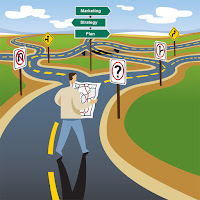 As I wrote in my previous post, Fred Wilpon's fundamental failure with the Mets was not looking at clubs better run than his own and attempting to learn from their successes. This arguably cost him ownership of the Mets far more than the fallout from the Madoff losses. What's somewhat ironic about this was that the team Wilpon grew up rooting for, the Dodgers, would have been a great model for his own franchise. So, while Citi Field, with its Jackie Robinson Rotunda, paid homage to Fred's first baseball love before it ever got around to honoring some of the heroes of the franchise that played there, Fred basically ignored trying to emulate the Dodgers impressive model of running their franchise.

The current really successful Dodgers operation dates back to the hiring of Andrew Friedman six years ago. Indeed, previous to that hiring, there were some really rough years under Frank McCourt from 2004 - 2012. Still, going back into my childhood, the Dodgers have always been known for scouting and development. No large market team has run their player development as well for as long as the Dodgers have done since their days in Brooklyn. You might have thought that Wilpon would have demanded from his baseball people that they strive to equal or even surpass that success in the Mets scouting and development, but that never seemed to be the case. The Mets did manage to bring some excellent players through their system over the years, but never in large numbers or with any real consistency.

When Friedman was hired to run the Dodgers in October of 2014, I remember thinking that this impressive hiring showed that the Dodgers really meant business in updating their operations and taking advantage of all the advances that enabled the Tampa Bay Rays to compete with such limited resources. I also thought it was telling that the Mets didn't attempt to get Friedman to try to cope with their reduced finances post Madoff. Who knows how it would have turned out if they had hired Friedman or someone very much like him and then - here's the key - trusted that person, but the recent history of the Mets and the Wilpons would have likely turned out so very different.

That never happened, but the lessons of how the Dodgers have built their franchise in the six years since Andrew Friedman came in are still out there to be learned by Steve Cohen, Sandy Alderson and whoever else is hired to guide the Mets forward.

Lesson one is the strength of their scouting and development. While, as I noted, the Dodgers have been quite good in this area for quite a while, they've never been better than they are now. An article from April in Baseball America notes how the Dodgers have managed to maintain a top-5 system for six years despite never having a first round pick higher than 18th in the draft:

In the era of the luxury tax, caps on draft and international signing bonuses and extra draft picks awarded to small-revenue clubs... the Dodgers have thrived in a system designed exactly to prevent such single-team supremacy...

The Dodgers are able to maintain a seemingly endless stream of prospects for their major league team, while also having the resources to trade prospects in deals such as the one where they acquired Mookie Betts, one of the best players in the game right now, a true game changer. The Mets, while consistently finishing out of the playoffs, are ranking in the bottom third of major league farm systems right now, with most of what talent there is not very close to the majors. They could virtually empty their system of potential high impact talent with a couple of big deals, if they chose to go that route.

The Dodgers are a high revenue, large market club. They maintain a large major league payroll, but they also spend quite a lot of resources on scouting and development:

From a financial standpoint, the Dodgers’ level of investment in both player acquisition and development and also player welfare sets them apart... [They] employ 86 professional and amateur scouts, fourth most of any team according to the 2020 Baseball America Directory.

Between coordinators, coaches, analysts and directors, the Dodgers list 54 employees in player development, tied for seventh most in baseball.

They are one of only two organizations, along with the Red Sox, to rank in the top seven in both...

[Their] money allows the Dodgers to bring in among the most, and often the best, coaches and development staffers. It also allows them to provide their minor leaguers with better nutrition and facilities, setting the foundation for superior physical development.

The article goes on to point out how the Dodgers feed their minor leaguers better than most teams. Rather than eating at fast food joints with meager meal money, their minor leaguers enjoy meals from traveling chefs or high-end caterers. The maintain better facilities than most teams do. So, while their excellent scouting allows them to bring in good prospects from this country, Latin America and other places, they also take care of them better and develop them better than other teams. The extra money they spend is well-rewarded by an abundant pipeline of prospects. They excel in preparing these young players for the majors, helping them to avoid the prolonged struggles that many young players do upon their ascension to the big leagues.

They also do a better job than other teams in identifying major leaguers like Max Muncy, Justin Turner and Chris Taylor, and helping these players to achieve more than they did with previous teams, such as the squad based in Queens that let Turner go on waivers in 2010. This allows them to find players to plug into positions where they don't have a good internal option.

So the Dodgers keep rolling along, finishing among the top teams in baseball every year. They've never had to tear their club down and tank multiple seasons as the Cubs and the Astros have had to do in order to build a championship caliber club. Moreover, we're seeing the Astros and Cubs on a bit of a downturn already while the Dodgers just keep winning their division year after year.

There are other things the Dodgers do to fuel their success, but nothing has been more consequential than their non-stop talent pipeline. Ken Rosenthal had a piece in The Athletic early this week after the Dodgers had eliminated the Braves to advance to the World Series. Rosenthal points out how key the constant influx of talent is to the Dodgers' success:

The Dodgers parted with Hyun-Jin Ryu, Kenta Maeda and Rich Hill last winter, lost David Price when he opted out of the season because of concerns over COVID-19 and traded Ross Stripling at the Aug. 31 deadline. That's five quality starting pitchers they subtracted, and it barely created a ripple. The team finished the regular season 43-17, then went 5-0 in the first two rounds of the playoffs against the Brewers and Padres.

Yes, the Dodgers' Opening Day payroll was the second-highest in the majors, behind only the Yankees. But four of the five pitchers they used in Game 7 – Dustin May, Tony Gonsolin, Brusdar Graterol and Urías – were set to earn $1 million or less before their salaries were pro-rated because of the shortened season.

The Mets lost Noah Syndergaard and Marcus Stroman this year, and not even the surprisingly effective debut of David Peterson could save their season from circling the drain. There's just not enough coming out of their talent pipeline to keep them going.

Sandy Alderson and whoever his GM might be have a real challenge ahead of them, trying to both compete now and build for a better future. If I was Steve Cohen, my marching orders to them would be, take whatever you can learn from the Dodgers, along with the Rays, the Yankees, Red Sox, Cubs and anyone else, and then try to do it even better. I know Cohen doesn't want the Mets to slowly bleed away the billions in personal wealth he brought into this deal, nor should he have to if he makes the right moves. I hope he demands from the people that work for him that they build the best-run franchise in organized sports. This is about more than tinkering with a few new ideas here and there. If the Mets want to approach the success of the Dodgers, that's the type of thinking that will make it happen. Half measures haven't worked in the past, and they won't do it in the future.

By the way, my respect for what the Dodgers are doing doesn't come from some deep-seated attachment to the club. The Dodgers moved out west before I was born. I freaking loathe the team and always have. Whenever Tommy Lasorda used to come on tv and spouted all of that Dodger blue crap I desperately wished for a button I could push that would activate a remote controlled device that would plant a heavy boot into the part of his fat body where it would hurt the most. But I would surely love if the Mets did everything they could to learn from that team's success, and then use it to beat them.

Okay, that will do it for me today. Please check back with us soon. We'll keep the content going throughout the fall and winter months. Please stay safe, be well and take care. Have a great day.