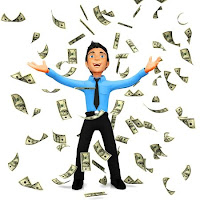 I checked out some of the postseason contests this week, but I didn't watch any full games. I'd watch for a couple of innings and then I'll turn on something different. It's hard for me to really get into it, it's just a reminder of how low the bar was set for qualifying this season and how, once again, the Mets failed to clear it. Here's hoping that this almost yearly ritual is coming to an end with the departure of the Wilpons.

I understand how badly MLB coveted postseason dollars this year, but the 16 team playoffs seems pretty silly to me. There was a time when only a single team from each league advanced as the postseason consisted of only the World Series. Then in 1969, just in time for the Miracle Mets, each League split into two divisions, creating 2 extra postseason participants. Baseball split each League into 3 divisions and added a Wildcard team in 1995 after the strike. In 2012 the second Wildcard team was added.

With every one of these changes, the postseason became a little more of a crapshoot. When there was only the World Series, you really had to earn your way into a chance for a title. You had to win more than anyone else in your League to even play in October. Each successive expansion of the playoffs lowered the bar to qualify which, in turn, made it more likely that a team that didn't even approach excellence during the regular season might catch fire in October and steal a title. When more than half of the teams have that chance, you're eventually going to see a team that finished below .500 do it.

Now, there's no guarantee that we'll see an expanded postseason again. As Ken Rosenthal reports in The Athletic, there is no agreement beyond this season, and the current rancor between MLB and the Players Association makes an agreement problematic. Still, with all of that sweet playoff moolah sitting out there, ready to be taken, it's probable that an agreement gets hashed out. Things were pretty ugly between the two sides this year, but they still reached an agreement on the expanded playoffs we're watching now.

According to Rosenthal, Rob Manfred would prefer to see 14 teams make the postseason, which would at least mean that a tick more than half wouldn't. I assume that 14 teams would include the first and second place team in each division and one Wildcard from each league. Rosenthal points out that having more playoff disincentives teams from improving in an effort just to make the playoffs. From the union's perspective this would lead to teams being comfortable with spending less money, thereby hurting the earning opportunities for potential free agents. Personally, I think it hurts the game, too, when teams settle for being "good enough" to make the playoffs, rather than trying to be elite.

I worry that if all teams are shooting for is home field advantage in best of three playoff rounds, they won't put the effort and cold hard cash into trying to make the marginal improvements that separate a high 80s win club from a 95+ win version. To me, that's what separates a pretty good team from an elite team. When you're playing in one of those best of three playoff series, a pretty bad team can have a couple of really good games and knock a 100-win juggernaut right out of the playoffs.

As awful as the Mets were this season, if they had pulled it together and swept the Nationals instead of being swept, they would have made the playoffs, this despite their glaring weakness in the rotation, bullpen and overall defense. The lesson that a lot of teams would take from that would be, why bother trying to be great?

Look, building a really powerful team doesn't guarantee anything. The Mets were the best team in baseball in 1986 and 1988, achieving 100-win seasons both times. They needed a miracle to win it all in 1986 and came up short in the NLCS in 1988. It's cold comfort as a fan to know that your team was great when they can't come away with a title, but that's the nature of baseball. A long, incredibly demanding regular season only allows entry to a winner-take-all tournament where a bad game or two can end your dreams fast. The 1988 Mets were ultimately looked on as a failure because they couldn't get by Orel Hershiser and the Dodgers. With so many more teams in the postseason, a great club could make one stumble and not even play in the LCS.

I guess that's why some older fans like myself look askance at every expansion of the playoffs we've witnessed. It's not that we wouldn't welcome more opportunities to see our team in the postseason tournament, but we worry that there is less incentive for any team to strive to be elite. As a long-suffering Mets fan, I can't deny that getting some pretty good teams into the postseason would be an excellent place to start, but I hope that Steve Cohen and the team running the organization is a little greedier than that. There really hasn't been an elite Mets team since that 1988 fell short of the final prize. I hope to see one of those again.

Now, don't get me wrong, I want to recapture that feeling I had when Jesse Orosco threw strike 3 past Marty Barrett 34 years ago. There's nothing like celebrating being the last team standing. But the journey to get there is important, too. After decades of watching bad-to-middling Mets clubs, with an all too occasional sprinkling of pretty good mixed in, I really want to be wowed a little again. I really hope I get that chance.

Okay, that's it for me today. I'll be posting all off-season here as the initial Cohen edition of the Mets takes shape. Please stay safe, be well and take care. Better days are coming.