2021 Can't Be Another Lost Year for Mets Prospects 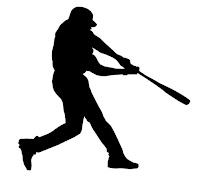 I've been writing a lot about minor league baseball this year, focusing mainly on the harm that the changes to the affiliation process will do to the towns and small cities left behind. Ultimately, I think that will backfire on MLB, severing a crucial link between the game of baseball and a significant chunk of America. There was a terrific piece on FanGraphs a couple of weeks ago showing how, by their calculations, the changes to minor league affiliations will cost 5.2 million people the chance to attend minor league games in person, as they will simply live too far away from an affiliated team.

Only time will tell just how much that matters. If MLB puts enough support into independent leagues to keep them going, that will pick up some of the slack. What it won't replace is the idea that fueled affiliated teams in those small towns and cities for so long, that some of the players you paid to watch at your local ballpark would someday show up on your tv in a major league uniform. Sure, a few of those ballplayers in independent ball will probably make it, but there won't be any connection between these places and specific clubs. For instance, as when David Wright grew up a Mets fan in Virginia because the Triple-A club was in the Tidewater area for so long.

Even the minor league clubs that didn't lose their affiliations, like the Mets long-time affiliate in Binghamton, were hurt by the complete absence of a minor league season in 2020. And, of course, another consequence of the lost season was that minor league players lost a year of normal development. Most of the top prospects saw some action at the teams' alternate sites, but even for those players the work that they were able to do was quite unlike what they would have done in a normal minor league season. That still puts them miles ahead of players who weren't top prospects and were mostly on their own in 2020. That year of development was completely lost for those players.

As the 2020-2021 hot stove dawdles along tepidly, I've finally had the chance to catch up on a few story ideas I've had backed up for a while. The newsreader that I use has a "Saved Stories" section that I utilize quite liberally. I've got just under 200 items saved there, dating all of the way back to October. I obviously won't get around to writing about all of them, but it's a great resource for ideas when there's nothing current happening.

There was a piece in The Athletic earlier this month that I stashed away in my idea file about the impact of this lost season of minor league baseball for the players. Even minor leaguers on teams that went above and beyond to keep their young players engaged missed out on some development that can never really be replaced. I'm not sure where the Mets fell as far as how well they engaged their kids but, either way, there's going to be a big challenge for the new brain trust of the organization to figure out exactly what to do with their minor leaguers in 2021.

Things were going to be different this year regardless with the loss of two A-ball affiliates after the reorganization of the minor leagues by MLB. There's going to be an additional challenge of figuring out where to slot everybody with no real 2020 data to go by. Complicating this will be the unconventional workload for the prospects who went to the alternate sites and the the unsupervised workload of those that weren't invited. It's going to be a challenge for the new Mets leadership to decide what would be an appropriate workload for their young players in 2021.

Complicating things even further, it seems fairly unlikely that this upcoming season will proceed completely normally for major leaguers or minor leaguers. With so much uncertainty right now over when spring training and the Major League season might start, it's anyone's guess as to when the minor leagues might get underway and how many games they might play this year. From what I've read, it may not be until mid-summer that enough people are vaccinated to achieve herd immunity. If they wait until they get fans in the stands to start minor league baseball it will be a mighty short season, indeed. I suspect teams that are serious about prospect development, which includes the Mets under their new management, won't allow their young talent to lose another crucial year to the whims of the coronavirus.

I don't pretend that it's going to be easy, but I think that it's of utmost importance for the Mets to figure out how to get the development train back on track this season, regardless of whatever disruption the pandemic continues to cause minor league baseball. Sandy Alderson and Steve Cohen have spoken about the importance of the farm system for sustaining success. There was already much work to be done thanks the loss of young talent Brodie Van Wagenen traded away. The Mets simply can't afford to allow their prospects to fall another year behind. As much as I'm looking forward to watching the big league club compete this season, I'm also really interested in watching what the organization does with their kids. They have to be proactive and creative to overcome the big challenges ahead.