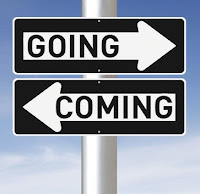 There have been a few minor player additions since Steve Cohen and Sandy Alderson have taken over the team, but inking reliever Trevor May earlier this week represents the first significant move of the offseason. It wasn't quite the Trevor signing that everyone wanted to see, but it was a decent first step to building a better team for next season. Assuming that Jeremy Hefner remains the pitching coach, he'll be reunited with a pitcher that he previously worked with successfully as a bullpen coach in Minnesota. The one big red flag for May is that he is somewhat homer prone, but the same thing could be said about much of the Mets bullpen, including the current closer.

At yesterday's non-tender deadline, the Mets made a few interesting choices. Retaining Steven Matz may be somewhat controversial with a segment of the fan base, but it was the right call. It seems doubtful that Matz will ever fulfill the promise that he showed when he originally came up, but before this season he was a capable back-end starter. As the Mets strive to build some depth in their pitching, it made no sense to just throw one away. They could always try to trade him or even cut him before the season if he continues to look awful this spring.

I have to admit I was somewhat surprised at the decision to retain Robert Gsellman, who flopped as a starter and tops out on his best day as an adequate middle reliever. The Mets have so many right-handed arms in the 'pen right now I thought they might just cut ties with Gsellman. It made more sense to me after reading Tim Britton's excellent piece in The Athletic about the non-tender choices. Gsellman still has minor league options remaining, meaning that he could be sent down without being exposed to waivers. He'd give the Mets some flexibility there as a depth piece with a decent chunk of experience.

As Britton also noted, this might explain the decision not to tender a contract to lefty Chasen Shreve, who was actually effective last season. Shreve has no minor league options remaining. The Mets could always try to bring him back on a minor league deal, but the young lefty was pretty good last season, and I'd be a bit surprised if a team didn't offer him a major league deal.

The Mets currently have six open spots on their 40-man roster. They'll need those spots for major league free agents they sign, whether big names like Bauer, Springer or Realmuto, or depth pieces. If they sign more than six players, they'll need to option guys currently on the roster. Certainly Matz or Gsellman could be victims of this, but more likely candidates would be OF Guillermo Heredia — a somewhat surprising tender — and some of the other relief pitchers on the roster. Keep in mind that even if the Mets could fit a guy on their 40-man, if he doesn't have minor league options they would have to option him next year if he doesn't stick on the 26-man major league roster. I imagine having some flexibility in the depth pieces, like with Gsellman, would be important. Otherwise we'll see a replay of what happened this season as Van Wagenen struggled to manage the roster, with valuable pieces flying off for nothing in return.

I'm sure some of the non-tenders for other clubs will interest the Mets. I don't think Kyle Schwarber will be one of them, despite the big name. Schwarber, who will be 28 next season, hasn't been a good enough hitter to justify the defensive liability. His OPS+ over his 6-year career is a good but not great 113. The Mets don't need another DH-first player on the squad. I'm sure Schwarber will get another chance somewhere, but there's a reason the Cubs parted ways with the once-heralded player.

It's funny looking back, but Schwarber was a more highly regarded prospect in the 2014 draft than the Mets' #1 pick, Michael Conforto. The Cubs took Schwarber at #4, while Conforto went #10 to the Mets. Another prospect taken before both players, #3 pick pitcher Carlos Rodon, was also non-tendered yesterday. I came across a piece from NBC Sports Chicago from 2015, speaking about what a great pick Schwarber was over Conforto. Bet that writer wishes he could take that one back. It's why it always takes a few years to judge a draft. I'm not discounting the fact that Schwarber could bounce back and still be a good major league hitter for somebody, but I don't think anyone in his or her right mind would take Schwarber over Michael Conforto today.

Depending on how aggressive the Mets are signing free agents, including some of the non-tenders from other clubs, we probably will see some more players on the current 40-man moving on. It wouldn't surprise me if there weren't some minor trades for lesser prospects that don't need to go on the 40-man to make some room, especially if the Mets can sign someone that they see as an upgrade from a player currently holding down a spot. I can also see them bringing in guys on minor league deals with an invitation to major league spring training, as building some depth at the prospect-poor levels of Triple-A and Double-A will be crucial next year.

Of course, there's no denying that what Mets fans are looking forward to is a major signing. Normally the MLB winter meetings, taking place next week, is an event where some of the big signings will take place. This year's edition is being done virtually, so it won't be the case that decision makers and top agents will all be in the same location. It remains to be seen whether virtual meetings will have any real effect on free agent signings, but I would tend to doubt it.

What's more likely to spur some movement is the non-tender deadline just passed. With these new free agents added to the mix, teams can prioritize their spending based on all of the players available. I really expect to see some big names sign in the next couple of weeks. Don't get me wrong, some of these can drag on into January, but I do think there is incentive for teams planning to be aggressive to enter into serious negotiations with targeted free agents.

Lisa came home from the hospital on Thanksgiving Day. Unlike the previous two times she came home, we pretty much forced the medical staff at our local hospital to take all of her issues seriously, and she came home much stronger and continues to do better. We really believe she has turned a corner, and what's especially important is that she believes it. I have a lot to be thankful for.

I'd like to thank everyone who reached out during this time. I greatly appreciated it. As soon as things settle down a bit I'll find my way back to posting a bit more regularly. Hopefully I'll be writing about big names the Mets are signing soon.