It's All About Balance 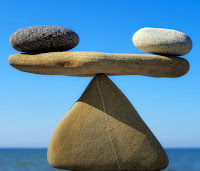 It doesn't seem like that long ago that the Mets were all about pitching. The Mets rode the back of terrific starting pitching all of the way to the 2015 World Series, despite featuring a relatively weak lineup even after the addition of Yoenis Céspedes. Michael Conforto was on that team despite being in only his second year of pro ball and, to his credit, performed well in the playoffs. Daniel Murphy was just coming into his late career power surge, and carried them through the early rounds, although he fell off badly in the Series. David Wright had less than 200 at bats left in his injury-shortened MLB career. Curtis Granderson ran endlessly hot and cold for the Mets, but was a decent player. Travis d'Arnaud was having his last good year as a Met, but wasn't the hitter he would become after departing. Michael Cuddyer was one of Sandy Alderson's biggest mistakes, and the rest of the roster was littered with filler such as as Lucas Duda, Wilmer Flores, Juan Lagares, etc. Their defense left something to be desired, too. It was only great pitching that got them to the brink of a championship before falling short.

That pitching was so young, it really seemed like the Mets rotation would dominate baseball for a few years. This, of course, despite the team's handicap of ownership that was broke, short-sighted and just plain cheap. But that dream fell apart so quickly, didn't it? Matt Harvey went from great to far below average in the blink of an eye. Noah Syndergaard tantalizes as a potential ace if he can come back all of the way from Tommy John, but the Mets are going to have to bid for his services on the open market beyond this season. Steven Matz probably needs a change of scenery to prove he's more than deep depth as a pitcher. Only Jacob deGrom fully fulfilled his promise but, with his 32nd birthday coming up next June, is probably at the tail end of his greatest years — although I believe he can be a very good pitcher into his mid-30s, as long as he stays healthy.

Everything in MLB is fleeting. Careers are short, and an unexpected injury can change the trajectory of a career fast. Just ask 2015 Mets Matt Harvey and David Wright. Nothing in baseball is more transitory and ethereal than a great young starting rotation, however. Mets fans know that only too well.

The Mets have many of the pieces in place for a really good starting rotation again, particularly if luck prevails and deGrom, Stroman and Peterson stay healthy and perform, and Noah Syndergaard bounces back well and gives the Mets a half season of his best stuff. Adding a Trevor Bauer gives them a chance to be really, really good. Even the admittedly lesser addition of Jake Odorizzi, along with some solid depth pieces, gives them a real shot at having starting pitching be a strength of the Mets again after a five year absence. Maybe even comparable to what they were in 2015.

Still, where things have undeniably changed over the Mets last World Series team is on the offensive side. Even if the Mets didn't sign a single significant position player as a free agent — and I think that would be an absolutely shocking development — they're miles ahead of the 2015 club on the offensive side of the ball. Add a Springer and/or Realmuto to that lineup and, again knock wood on injuries, they will go into battle with the kind of offense we could only dream about back in the fall of 2015. The defense is likely to be a lot better than it has been in years, too.

With luck and health and some well-chosen reinforcements, the 2021 Mets should be one of the better teams in baseball. They will also be a really legit playoff contender, albeit not without some weaknesses. Given all of the other changes Steve Cohen and Sandy Alderson look to be making to the organization, I also believe it's reasonable to expect the 2022 Mets to be even better, and likely that the 2023 Mets better still. Success has been a fragile, abruptly vanishing reality here in Queens since the end of the eighties, like the football that Lucy Van Pelt repeatedly pulled away from Charlie Brown just when he thought he had that kick lined up. It might take a long-time fan like me a while to acclimate to winning going on more than two or three seasons at a clip, but getting used to that is something I very much look forward to doing.

If the Mets put a decently well-balanced club on the field next season, and I certainly expect them to, it will be the first time since the great clubs of the eighties. The Bobby Valentine clubs of the turn of the century were good, but always seemed to feature patched-together outfields and not so great starting pitching. Compared to the starting pitching of Omar Minaya's best clubs, however, those starters Valentine had seem like the rotation of the Orioles in the seventies. And when they finally got a great rotation again, the offense was pretty meh.

It's somewhat ironic then that, on the brink of returning to contending, the Mets will actually be hurt if the DH doesn't get negotiated back into the National League for 2021. Whether you like the DH or just freaking hate it, the Mets would be better served on offense and defense with the DH in place for all of their games next season. The defense already got a boost when steroid cheat Robinson Cano was notified by MLB that he will be excused for the entirety of the 2021 campaign. Being able to give DH at bats to Pete Alonso, Dom Smith, J. D. Davis and whichever catcher they sign would be a very good thing for the Mets, but they and the other NL clubs have been told by the league to proceed as if there will be no DH next season.

The real question for the Mets, I believe — much more than what this might mean for a single season — is how the Mets should proceed in free agency without the certainty about a National League DH. For what it's worth, the league seems pretty committed to having the rule be universal going forward, to protect expensive pitchers as much as anything. I honestly expect there to be a DH in both leagues next season. I also expect to see expanded playoffs, although hopefully a little less expanded than in this past postseason. Both have to be negotiated between MLB and the players, however, and that's never a sure thing, as we learned back in May and June, Things are so toxic between the two parties, absolutely nothing is guaranteed.

If I were making decisions for the Mets, I think I would proceed as if there will be a DH. They can always make adjustments next spring if that doesn't happen. Long-term, it's very likely that the DH becomes a permanent part of NL baseball, unless some future generations of baseball fans wax nostalgic for the memory of pitchers not being able to execute a sacrifice bunt. As Team President, GM, PBO or whatever title I held, I wouldn't allow uncertainty over the DH to affect my player choices. If I set my sights on signing George Springer, I wouldn't worry about carrying an extra OF for a season if 2021 winds up DH-less for my club. I'd rather have to work to get at bats for good players than come up short on how many good players I had on the roster.

I'd be pretty disappointed if the Mets were hesitating in their pursuit of any player they were interested in because of DH-induced uncertainty. I could see that kind of thing influencing them when the Wilpons owned the team — not that they ever pursued really good free agents then — but not any more. Buster Olney said on ESPN radio that he was "just about ready to bet the family farm" that George Springer would be a New York Met. I hope that's true. It would be a great addition to this team, and really balance the lineup for next season.

What's more up in the air, at least in my mind, is how the Mets approach nearing or possibly even surpassing the luxury tax threshold. The numbers involved and also the penalties will likely change with the next agreement between MLB and the Players Association. Remember, the current one expires after this upcoming season. After years of not spending, the Mets can reach that number very quickly, and decisions still have to be made about trying to keep Michael Conforto and Noah Syndergaard, and possibly even extending deGrom. I know it's off to a bit of a slow start, but I think some truly good news is coming soon, with all due respect to our new owner:

The good news I think I lost 2 lbs

Important decisions lay ahead, much more important than the Mets have had to make in several years. I'm looking forward to writing about all of them, whenever they begin to happen. And with that, I'm calling it for today. Please stay safe, be well and take care.