It's What You Don't See That Matters 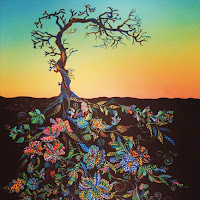 Tim Britton had an excellent piece in The Athletic yesterday about new Mets owner Steve Cohen. It was rather long, heavily researched, and, as with anything written about Cohen, done without any cooperation from the man himself. Despite his willingness since buying the Mets to engage with fans on Twitter and do the lengthy interview with Steve Gelbs for Mets Hot Stove, Cohen notoriously avoids speaking with print reporters. Interestingly enough, although Britton notes that "more than a dozen" people were interviewed for the piece, twice that number of folks declined to give interviews, even anonymously. Hey, if I worked for the guy, I'd probably take a pass, too. Not worth it.

Britton's long piece was subtitled above the byline, "Relentless. Ruthless. Genius. The many sides of Steve Cohen". Although, as I said, I really enjoyed the article, it also brought to mind the limitations of this sort of profile. You're trying to get a read on the person by piecing together some individual points of view on the man, but that always paints a somewhat incomplete portrait. I'm certainly not interesting enough for the effort, but if you spent a couple of months interviewing some of the folks who know me, you'd likely wind up with something that just wouldn't represent me that well. With the exception of Lisa, most of the people who know me only know a small facet of who I am. Even I, as I've grown older, a little wiser, a little more self-aware and discerning, have come to see some of the things that I believed about myself years ago weren't entirely on the money. Moreover, I've changed enough over the years that folks who knew me pretty well 20 years ago wouldn't have all the great of a handle on who I am today.

My point isn't to pick apart Britton's good work, but rather to note that you need to take everything in an attempt to shine a light on someone with a grain of salt. It's like watching a movie biography of a famous person. The good ones will reveal some truths about the person without pretending to be a definitive portrait. In that same spirit, I enjoyed Britton's piece for the chance to learn a bit more about Steve Cohen.

One thing that the piece brought home to me was just how wild of a ride it's been for the past year or so, when word first came out that the Wilpons were going to sell the team. Honestly, I had pretty much given up on the Mets becoming any sort of first-class baseball operation under Fred and Jeff. I'm sure that many of you felt the same way. It used to really irritate me when some in the media bent over backward to defend them by pointing out what a great guy Fred is, or blaming all of the team's problems on the Madoff fallout when there was a long track record of failure predating that mess. One of the most bitterly disappointing moments of my Mets fanhood came last winter when the original sale to Steve Cohen fell through due to ridiculous demands that Fred and Jeff keep control for five years.

The knowledge that the Mets were still for sale was somewhat comforting, but I honestly worried about going from the frying pan directly into the fire if a person or group gained control of the club that would prove to be as bad or (perish the thought) even worse than the Wilpons.

Nightmare scenarios included the Dolans getting control of the Mets and running them as poorly as the Knicks and Rangers have been run. Another was the Arte Moreno syndrome — getting a rich guy in the driver's seat with a huge ego and a tendency to micromanage. Still another was getting bean-counting ownership that would be more interested in keeping the team profitable rather than contending for a title. I wrote a piece back early in my return to blogging, having a little fun with what I was looking for in a potential new Mets owner.

I remember when the Alex Rodriguez/Jennifer Lopez group emerged. I thought they had some good ideas. Ultimately I worried about them needing to take on a lot of debt to purchase the team and then struggling along in some Wilponian hell of trying to service that debt, running a large-market payroll, and upgrading all of the organizational elements that the Wilpons never seemed to care about. That just didn't seem to be a realistic expectation, so I found myself rooting for the guy with the multi-billion dollar fortune to come out the winner.

I was gratified when Cohen did wind up as the new owner. Honestly, though, in my wildest dreams, I didn't foresee the man being accessible to Mets fans on Twitter and greeting season ticket holders in person along with his wife. I'm sure the guy isn't perfect, but I honestly believe the Mets might have gone from having arguably the worst ownership in New York sports to quite possibly the best. I hoped for the best when the sale was happening, but I didn't foresee things going quite like this.

But as cool and fun as the Twitter banter and interacting with season ticket holders has been, the real important stuff is the owner's commitment to building a first-class organization. For a team that has only made the playoffs three times this century (remember, 2000 is considered the last year of the twentieth century), what fans want most is to see their team at least reasonably contending for a playoff spot every year.

I've written previously that the Madoff fiasco was one last chance for the Wilpons to rethink how they ran this club. They had to know that their hold on the club was going to be financially tenuous, and it should have occurred to them that embracing what some of the clubs that played in much smaller markets were doing to compete with the big market teams was their best bet going forward. Once the implications to their finances became clear, the very shock of it should have forced them to reconsider embracing some of the new ideas. Had they done so, they might still own the Mets today. Their story could have been an amazing comeback tale. But, as Mets fans know all too well, that didn't happen. From my above-linked post:

The Wilpons could have chosen to go into several different directions after Madoff. What they never did was to figure out a realistic budget and hire someone really smart to gameplan how best to go forward under that budget. There are teams in markets much smaller than New York that have enjoyed much more success than the Mets have. Better judgements would have led to more success, which in turn would have eventually brought in more revenue, which would have allowed more spending organically. Some people would have still complained, of course, but it's a lot harder to argue with good management and the resulting success.

What the Wilpons chose to do was to obfuscate the depth of their financial distress, boldly proclaim that it had no effect on the budget or payroll, and worried more about selling tickets and blowing smoke up everyone's rear ends. The end result was that the club charted an erratic course that tried to navigate a middle path that shot for mediocrity and often fell short of even that. It was ultimately a road to nowhere, as the almost unimaginably poor results clearly demonstrated.

In all of the material that I have backed up in my idea file for future writing, I saved Bill James's piece from earlier this month about new Mets GM Jared Porter. It was complimentary of Porter, but I thought the most interesting part of it came later on in the piece when James was explaining why success was always so elusive for the Wilpons:

But this is really what I am trying to get to, why I am hopeful that this is the right move for the Mets.  Theo [Epstein] used to talk about seeing baseball with both eyes, the scouting eye and the analytics eye.   But there's another way to think about an organization, which is ground-level and top-level operations.  Everything the fan SEES, everything they talk about on talk shows, everything that people like me in the public eye discuss, that's all top-level stuff.

Please read the whole piece; it's really excellent. James' description of some of the "Ground Level" stuff was just perfect.

When I set out to try to figure out over this last decade or so why the Mets so consistently came up short as an organization, all of the stuff that James so beautifully wrote about in this piece became painfully obvious to me — and I'm just some schmuck from Connecticut reading and researching on my own. God knows why none of this ever hit home for Fred and Jeff, but it's why we said "hasta la vista" to them last month. And, although James was writing about Jared Porter here, it also is important for why Cohen buying this team inspires such hope in me — so much of what he has talked about, and the people he has chosen to hire, points to the Mets becoming a complete "Top Level" and "Ground Level" organization. And for someone hoping for more than just occasional trips to the playoffs, that really is my greatest hope from the new owner.

There is some discussion in Tim Britton's profile which I've seen in other places, too, with some questioning whether Steve Cohen really was a Mets fan or if he was a Yankees fan. It's reminiscent of the stuff written about how much Carlos Beltran wanted to be a Yankee before he signed with the Mets in 2005. I guess some people care about things like that. I don't. I'm just glad he bought the team. Now the future of this club seems fresh and exciting, and that's what's really important.

As I sit here finishing this post, there is news that the Mets hired Zack Scott, another guy who got his start under Theo Epstein in Boston, as assistant GM. He'll play a part in helping the Mets figure out the "Ground Level" stuff that James wrote about. It's something to see such well-regarded baseball people choose to work with the Mets. That's not something that would have happened under the Wilpons. Whatever is myth or truth about Steve Cohen, that's his great holiday gift to Mets fans, and it's what really matters.

Okay, that will do it for me today. Please check back. I'll be posting new content all throughout the offseason, including over the holidays. Please stay safe, be well and take care.