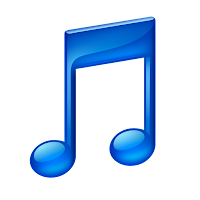 The international signing period for MLB clubs began yesterday. It had been postponed from July 2, due to the pandemic. Unlike the amateur draft, there is no draft order for international free agents. Clubs have a fixed amount of bonus pool money to spend, and can basically use that pool to sign as many free agents as they can come to an agreement with. Although the signing period began yesterday, these agreement between clubs and players have been made months ago, long before the current Mets regime took over. This is significant, because the Mets are not expected to reach agreement with any player in MLB.com's Top 30 free agents. You could find the list here. There are a couple of Cuban players on the list who reportedly may wait until the next signing period begins.

The significance of this is somewhat obvious for the Mets, who wish to build a strong farm system as a route to sustaining success. While they are signing players (Mack's Mets has a list of players signed yesterday), it's disappointing that they will not be signing any of the top free agents. They have $5.3 million in money available to spend between now and December 15, when this signing period ends, and cannot carry over any of that money into the next signing period. While they are under no obligation to spend all of the money — and certainly shouldn't give it to players who don't merit it, just for the sake of using their bonus pool — money not spent represents a lost opportunity to get talent into their system this year.

Before I go on, I need to clear up some misinformation I shared here in last Sunday's post. The information I had about team's being able to go over their bonus pool and then be penalized for that in subsequent years was outdated. The rules were changed in the 2017-18 period, and the pools are now hard capped. That option of going over the bonus pool to sign a bunch of free agents is no longer available. I have updated that post with a correction. Teams used that loophole in the past to get a quick infusion of international talent into their system.

Without a draft for international players, basically any team can sign any player, provided they have to money in their pool to give the player what he's looking for in terms of a bonus. My understanding of these signings is that they represent a long-term commitment for teams to build relationships in these countries with coaches, player representatives and other officials. The teams that do the best year after year have an infrastructure in place and have built a level of trust. There are also plenty of rumors of money being paid under the table and occasional scandals like the one with the Braves a few years ago. There's a lot more involved in doing well in international signings beyond just being able to write a check.

I don't know exactly what happened with the Mets this year, why they aren't linked to any of the top players. They have given big bonuses in the past under the Wilpons. Two years ago they gave OF Alexander Ramirez a bonus of over $2 million, and spent almost all of their bonus pool. Ramirez is currently #13 on MLB.com's list of Mets prospects. They have their academy in the Dominican Republic and a couple of entries in the Dominican Summer League. They were certainly aggressive in the last two amateur drafts. I'd be interested in reading whatever reporting there might be on what happened with the Mets this time around. I hope that the current front office has some plans for creatively using however much of that pool money that can be justifiably spent this year, and is laying the groundwork for not being shut out of the top players next time around.

I never followed the international signings very closely until recently, but I'll be paying much more attention from here on out. If the Mets are really serious about following the Dodgers model, this is one area where they'll really need to pick up their game. According to the list on MLB.com, the Dodgers are expected to sign 2 of the top 10 international free agents, Venezuelan SS Wilman Diaz (#3) for $2.7 million, and Venezuelan C Jesus Galiz (#8) for $812,500. Someday, hopefully not too far in the future, I'd like to read about the Mets doing something like that.