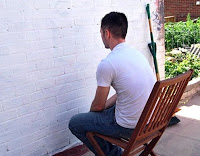 The holidays are past us now, and I really do expect that we'll be seeing some free agents signings in the next couple of weeks. Then again, I thought that things were going to pick up after the nontender deadline back at the beginning of December, and that just didn't happen. Perhaps there's no real sense of urgency for MLB teams who are betting on some sort of delay for the 2021 season. Or, another possible reason for the slowness that's been bandied about is that player agents are unhappy with the small number of teams that are interested in their clients and keep hoping that some teams will reconsider and jump into the bidding. That would certainly make sense on their part. Whatever the cause, this hot stove season is moving slower than my friend Tony does when he's reaching for his wallet, and trust me, that's pretty damn slow. At times I've seen cobwebs form between his hand and his pocket during this maneuver.

I'm trying to maintain a sense of humor about all of this, but I find it all a bit frustrating. I find myself wishing for something significant to occur, just to change the narrative from "hey, when do you think something is going to happen?" As I wrote in my first post of 2021, I've spent so much time waiting for things in the past year that I've exhausted my capacity to wait patiently, which was never a particular strong point for me, anyway.

Most recently, Mets fans find themselves waiting on the decision by Japanese pitcher Tomoyuki Sugano, who the Mets are reportedly one of the teams bidding for his services. Sugano is reportedly weighing offers from the San Francisco Giants and the Blue Jays, among others, along with an offer to stay with his team in Japan:

Thursday is final day of Japanese RHP Tomoyuki Sugano’s posting period, and deal likely in next day or two. Not out of question he could return to Yomiuri Giants, who have made him four-year offer with three opt-outs, sources say. MLB teams, however, offering greater dollars.

Despite the opportunity for more money here, Sugano is reportedly considering a return to Japan for at least another year due to our woeful track record in the U.S. of containing COVID-19. The recent government fumbles with distributing the vaccine are just the latest stain on that record. What's even more frustrating about that is that I've been reading that it might take until the fall now before enough people are vaccinated to allow life to go back to close to normal.

Back to Sugano, if he does decide to sign with the Mets, he seemingly will slot in just ahead of or just behind Marcus Stroman, depending on which report you read. Either way, that would give the Mets three solid starters to build the rotation around, with David Peterson, Steven Matz, and the return of Noah Syndergaard also in the mix. Assuming the Mets would still sign at least one more decent starter pitcher, it would mean that Peterson or Matz would have to win a job based on merit, and the Mets would have some real depth in the rotation that we haven't seen in many years.

Or, conversely, Sugano doesn't sign here and we're back to square one. To play here, Sugano has to sign by Thursday at 5 PM, so that's one bit of waiting where a definite end is in sight. I'll drink to that.

As mentioned previously, delays in distributing the vaccine are reportedly postponing the date that herd immunity might be achieved in this country. This is frustrating enough just based on having to wait longer for the return of normalcy. The additional worry for baseball fans is the rumors that MLB might seek to delay the start of spring training camps and the 2021 baseball season itself, waiting for more people to be vaccinated and able to attend ballgames in person.

There's some good news on that front, at least. In The Athletic today, Evan Drellich reports that spring training is likely to start on time. Although it's still possible that Florida and/or Arizona might toss a monkey wrench into those plans with some sort of regulation, neither of those states have been inclined to do something that drastic up to now. Honestly, I'm not categorically against delaying the season a bit if someone can demonstrate a concrete benefit to doing so, but I really hate the idea of MLB kicking the can down the road without a plan.

Anyway, barring local governments keeping camps closed, MLB would have to negotiate with the players a delay to the season. Since the players would also have to agree with having some of their salary cut in playing a season shorter than 162 games, that's unlikely to happen.

My preference would be for the season to start on time and to be 162 games long. The pandemic is no longer a "surprise". Basketball and hockey's seasons are underway now, at a time when almost no one is vaccinated. MLB owners are kidding themselves if they think that they're going to get players to agree to playing fewer games for a percentage of their salary. I can't think of anything they could offer the players to get them to agree to that.

Either way, though, in this season of uncertainty and constant waiting, I'd like to see MLB make a freaking decision on this instead of just vague leaks from anonymous ownership sources on why the season should be delayed. Creating uncertainty and dragging things out isn't going to help anyone. People are frustrated enough after all of these months of our COVID-19 reality. MLB needs to make a decision on the season and commit to it.

At the very least, Mets fans waiting for something to happen will find out in the next couple of days whether Tomoyuki Sugano will be pitching for the team in 2021. If he picks the Mets, we'll have a reason to celebrate. If not, that sucks, but the team can pivot to other options. And for fans, there will be one less thing to wait on.

That will do it for today. Please stay safe, be well and take care.