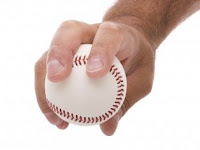 The news that MLB finally plans to take steps to police the use of super-sticky substances by some pitchers is welcome. Still, as in just about everything else MLB has done under Commissioner Rob Manfred, their plan going forward doesn't seem to be well thought out. By instituting this crackdown effort 2-1/2 months into an ongoing season, there will be unintended consequences that could have been avoided by taking these steps before the start of the season.

There's an excellent reason for attempting to rid the game of this sort of cheating by pitchers. By all accounts, the use of sticky substances is quite rampant in the game. The exaggerated spin rates that can be achieved with some of the most extreme substances used is causing pitches to break more sharply, making them more difficult to hit. With MLB offense experiencing significant slippage in recent years, it would certainly be a step in the right direction to take away this one large advantage pitchers who cheat have over hitters. Obviously, anything that would tip things back a little towards the hitter would be welcome.

This recent piece in Sports Illustrated did a terrific job of explaining why many pitchers are cheating with sticky substances and the tangible benefits derived from their use, which go deeper than just increasing spin:

...says one of the NL relievers, gluing the ball to your hand gives you more control over when and how you release it.

"I think that a good portion of the increased velocity is because guys can throw pitches at 100% all the time," he says. "They can rear back and literally throw with everything they've got and still have a reasonable amount of control because of the sticky stuff. I think if the ball feels a little slick, your mechanics have got to be a little better; you’ve got to stay within your means a little bit more."

But the biggest benefit of using sticky stuff is the way it contributes to spin. The faster a baseball spins, the more potential for movement it has... the most effective means is to produce friction, and the best way to do that is to smear gunk on the ball.

For hitters, all this suddenly acquired extra movement is catastrophic. What was an elite spin rate in 2018 is now average. The added spin means that the average four-seam fastball drops nearly two inches fewer this year than it did in '18, according to Statcast, making it appear to hitters as if it’s rising. So far in '21, facing fastballs down the middle thrown at 2,499 revolutions per minute or fewer, hitters have batted .330. Facing fastballs down the middle thrown at 2,500 rpms or more, they have batted .285. And the percentage of high-spin fastballs has increased threefold since '15.

So, while a pitcher making a drastic improvement to his spin rate is one benefit of cheating, not to be overlooked is the idea that the extra control in pitcher's hands allow them to throw the ball with maximum effort and still retain enough control to get the ball over the plate. There are probably a number of hard-throwing pitchers in the Major Leagues who owe their success to the use of substances. And I certainly agree with the worthiness of the effort to eliminate this artificial boost to pitchers' effectiveness. However, the problem in doing this in the midst of an ongoing season is what happens when we take away this boost to the control of some of these pitchers.

If a hard-throwing reliever has built his career on being able to throw with max effort and still retain control, what happens when they take the sticky stuff away from him and he's still trying to throw his fastball as hard as possible? I still remember the horror that I felt when Kevin Pillar was struck in the head by an errant 94.5 mph fastball. I'm worried that I will see this happen more often once the crackdown gets into full swing.

From what MLB has released on the subject, it appears that they will be cracking down on anything not currently within the rules. For pitchers, this is basically that rosin bag behind the mound and nothing else. Yet, we know that there are substances, including the use of sunscreen with rosin, that enhance a pitcher's grip on the slippy MLB baseball without artificially aiding spin rate or control. But apparently, this will not be allowed, either. MLB will not discriminate between sunscreen and Spider Tack, one of the crazy-sticky substances cheaters are using.

What I believe Manfred and Major League Baseball should have done was to work on creating an official baseball that wasn't as slick as the current one. They also should have come up with a list of allowed grip enhancers that didn't artificially enhance spin and/or control and made sure that was available for pitchers to use legally. And it should have been done right at the start of a new season with advanced notice — not for the benefit of the cheaters, but rather the hitters that have to go up to the plate and face these guys.

For better or worse, it's happening quite soon. According to a piece on ESPN, the crackdown is coming in just over a week:

The actual order to umpires to enforce the rule might occur a week later, in the range of June 21. But the elongated rollout and source-driven discussion of the foreign-substance crackdown has been by design, to some degree. MLB's hope is that pitchers who use foreign substances like Spider Tack and homemade super glues will be scared straight by the public conversation, and stop using...

...According to sources, the foreign substance checks will be designed to work like a DUI checkpoint -- with randomness built in, to reduce any pitcher's possible comfort level with the idea of violating the rule, or applying substances after being checked during a game. There could be something in the range of eight to 10 checks per game, with each starting pitcher being stopped by umpires perhaps a couple of times a game. Position players will also be monitored for substances that might be ferried along to the pitcher on the mound for use -- perhaps by rubbing a baseball against a pant leg or belt.

MLB is cognizant of the possibility that the foreign-substance checks might slow down the game, so the umpires may be advised to conduct a lot of this new business as pitchers leave the mound after an inning or outing -- during commercial breaks, essentially.

Again, I applaud the overdue crackdown on cheating, but I just hope that we don't see too many batters getting plunked and pitchers hurting themselves during the transition period. I just can't help but believe this could have been handled better with more forethought and planning. I'm curious to watch how this begins to play out in the next week or so, with all of the consequences intended and unintended.