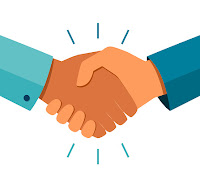 The MLB trade deadline is another day closer, and speculation continues as to how the New York Mets might approach it. Of course, there never is any shortage of unnamed sources to be quoted and fuel speculation on what a team's deadline strategy might be, as was the case Monday with rumors the Mets are looking to make a "big splash" in new owner Steve Cohen's inaugural season writing the checks.

Cohen himself weighed in on the matter on Twitter Monday:

Let’s play GM again. Make a trade now and pay a big price or wait until closer to the deadline and pay a reasonable price ?

I found it interesting that Cohen chose to jump in on this topic. My immediate thought on the matter was, how much more expensive will a player be now than 9 days from now? I mean, seriously. If the Mets traded for a starting pitcher, even if they did it today, that would probably mean one more start between now and the deadline.

Don't get me wrong. I won't pretend there is no value in even one more Mets start from a competent starting pitcher. That would mean one less start from Jerad Eickhoff, Robert Stock, or someone else of that caliber.

With all due respect to Eickhoff, who was let down rather harshly by his defense in his last game, it would be awesome to have a more competent starting pitcher taking the hill for the team as they look to defend their small lead over the Phillies in the NL East. (Eickhoff was DFA'ed and Stock has a groin injury, so it remains to be seen if either one of them will show up in a Mets uniform again this season, anyway.)

Even a position player would only appear in a few more games for the club if they could convince another team to part with a player today. Really, the only reason that any potential trade piece would be more expensive now than at the deadline would be that the Mets would be buying out a trade partner's chance to listen to more offers for their asset as the deadline gets closer. With a deal that gets done on deadline day, you presumably only have to offer more than the next highest bidder.

Of course, what might constitute a "reasonable price" is subjective. There was a time when you could get a player heading into free agency by taking on his money and offering fairly modest prospects in return. But even as teams place more and more value on their prospects, reluctant to trade their best talent in return for rentals, trading teams have become more stubborn about holding onto a player and taking the compensation pick if they fail to get what they consider real value in a potential deal. This confluence of thinking on the part of buyers and sellers has led to sleepier trade deadlines in recent years.

In 2011, when the Mets were decidedly sellers at the trade deadline, they were able to ship Carlos Beltran to the Giants for Zack Wheeler. Beltran was excellent for San Francisco, slashing .323/.369/.551 in 44 games. It wasn't enough to keep the Giants from fading and finishing out of the playoffs, and Wheeler gave the Mets good value before Brodie Van Wagenen and Jeff Wilpon let him sign with the Division rival Phillies.

You don't see many deadline deals like that anymore, where a really well-regarded prospect like Wheeler gets moved for a rental player. The move was made by Brian Sabean, an executive with an old-school approach to that sort of deal that doesn't really exist anymore. And, in fairness, the Giants were able to capture World Series titles in 2012 and 2014, so the deal didn't exactly kill San Francisco. But still, that's the sort of deal that you just don't see these days.

As the Mets contemplate on what moves they should make at the deadline, I find it interesting that Baseball-Reference has dropped the Mets behind the Phillies and Braves in their playoff odds. Even when things seemed at their lowest, that feels a bit harsh to me. B-R only gives the Mets a 19.5% chance of making the postseason, predicting a .500 season for the New Yorkers.

Now I don't think the Mets front office is going to base their decisions on Baseball-Reference odds. But you could see how this season could really fall apart for the Mets if they can't get some luck with their starting pitching in the second half. On the other hand, if Jacob deGrom can figure out how to stay healthy and Carlos Carrasco can get onto the Major League mound next month, things can turn around for the Mets pretty quickly. I do think they need to chase starting pitching and bullpen help at the deadline, although I have no idea what sort of splash they will make doing so.

I still think it will take close to 90 wins to take this division, at least upper 80s. Sitting at 7 games over .500 after today's win, the Mets have a lot of work to do in the second half to get to that point. Making some sort of splashy deal will definitely be the easiest way to dramatically improve the club if the Mets are willing to pay the price.

I was looking at their top prospect list on MLB.com earlier today. This list hasn't been updated to include Kumar Rocker, of course. Although we hear he will sign, he hasn't done so yet. I'm sure some of the lack of urgency to get a deal done lies in the reports that the Mets won't ask Rocker to pitch anymore this season after throwing 122 innings for Vanderbilt this season. When he does sign, Rocker will certainly slot into their top 5.

The way I see it, the Mets are about 8 players deep in prospects that another team would consider when making an impact trade: Francisco Alvarez, Ronny Mauricio, Matt Allan, Brett Baty, Pete Crow-Armstrong, J.T. Ginn, Khalil Lee, and Mark Vientos. Allan needed Tommy John surgery and won't be back until some point next year. Crow-Armstrong had season-ending shoulder surgery. I'm not sure how much Lee is valued by other teams, even though he's done fairly well at Triple-A this season. There are questions about whether Vientos has a position.

Once you get past these names, you have an assortment of extremely young players like Alex Ramirez and some pitchers who aren't all that exciting. Besides Kumar Rocker, I haven't heard about any other of this year's picks looking to shoot up to near the top of the list. So I still remain skeptical of how much the Mets can accomplish with such a small base of prospects that would entice another club to part with something really worthwhile. I hope they can come up with something that will help them win this Division without cutting too deeply into their shallow pool of prospects.