Waiting for a New CBA 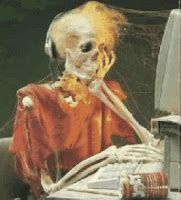 Back in the early months of the COVID-19 era, I spent a lot of time writing about the negotiations between MLB and the Players Union as they tried to agree on playing some sort of season. I remember that when the talks began, I was reasonably optimistic that a deal would be made relatively quickly. It seemed that both sides had an incentive to come together for the country and give all of us a welcome distraction from the pandemic.

Needless to say, it didn't play out that way. Rob Manfred, negotiating for the owners, spent May and early June presenting offers that contained poison pills that the players would never accept — primarily including some variation of a salary cap — then issuing self-serving press releases criticizing the players for turning them down flat. When the Players Association returned with a counterproposal, Manfred and the owners would mostly ignore it without even making any counter. Despite their protests to the contrary, it was clear that MLB management had no desire to come to a quick agreement.

In hindsight, it was clear that Manfred didn't want to give the players anything that might impact the CBA negotiations still over a year away. But it was equally clear that Manfred and the owners wanted to play the shortest regular-season possible combined with expanded playoffs. When the clock ticked down far enough to ensure things would play out that way, then negotiations finally moved. Manfred also exercised the right of the commissioner to implement a 60-game schedule unilaterally.

It's hard to look back on that time without bias and come to any other conclusion than Manfred and company were negotiating with calculated bad faith, working toward the desired end from the beginning of the process. Any potential optimism I might have for the current CBA negotiations died back in the summer of 2020, watching all of that go down.

MLB's decades-long run of avoiding work stoppages seems destined to come to an end with this year's negotiations. Don't get me wrong. There is still plenty of time to get spring training underway on schedule. Even if spring training gets going a couple of weeks late, there's no reason not to believe the season can't start on March 31 as planned*. However, I have a funny feeling that we're going to lose some regular-season games before this thing gets settled.

* When I originally wrote this piece I incorrectly had April 1 as Opening Day. I have since edited this with the correct date of March 31.

The Players Association has fared poorly during the last couple of CBA negotiations and is desperate to reverse some of their losses. They've always been against a hard salary cap in baseball, but they really didn't foresee how the Luxury Tax would function as an effective soft cap for the vast majority of MLB teams. The Dodgers have shown some willingness to exceed the cap. Steve Cohen's Mets have already blown by the cap with some significant roster needs still left undone for whenever an agreement finally does get done. Still, even large-market clubs like the Yankees and Red Sox have shown surprising deference to the tax. While they've been willing to go over it in some years, it's hard to argue that it hasn't held down their spending quite a bit.

Meanwhile, more teams adopting a tanking strategy has resulted in ridiculously low payrolls for those clubs. While top free agents can still command huge contracts, baseball's middle class of veteran players have been the big losers in this scenario. Because MLB clubs can pay artificially low salaries to young players, especially those who haven't reached 3 years of service and aren't eligible for arbitration, solid veteran ballplayers who aren't stars find themselves squeezed out by younger, cheaper players. Even more so when the several tanking clubs show no interest in them at all.

The Players Association would like to see the Luxury Tax go away. Since that's not going to happen, they want to see the threshold as high as possible. They also want to see rules to combat tanking and penalize teams who finish with artificially low payrolls and low win totals over multiple seasons. They also want to see young players' salaries raised higher by shortening the 3-year time frame before they're eligible for arbitration and also cutting down the 6-year wait for free agency.

In their version of a perfect world, most MLB owners would love baseball to have a hard salary cap like all other major US sports. They understand that isn't going to happen, at least not this time around. Barring that, Manfred and the owners would like to keep as much of the status quo as possible: low salaries for young players and no changes to the 3-year wait for arbitration and the 6-year wait for free agency. They'd also like to see the luxury tax threshold stay as low as possible.

Rob Manfred has already admitted that MLB instituted a lockout to pressure the players. But the amount of pressure is minimal at best, currently, as the lockout isn't costing the players anything in lost wages. It's been suggested in the press that February 1 can be seen as a deadline for getting spring training underway as scheduled. But MLB players do not get paid for spring training, so there is little, if any, pressure for players to make concessions at that point.

In order for the season to begin on April 1 as scheduled, the real pressure will come around the beginning of March. Players would have to be in camp by early that month to fit in an abbreviated spring training and start the season on time. I'd be surprised if any meaningful negotiations get going before the latter part of February.

One other factor that could influence MLB owners' motivation for making some concessions is the current COVID-19 explosion in the country. Now, that's likely to recede somewhat now that Thanksgiving and Christmas are past, but the question remains how quickly and how far the infection rates come down. If there is any chance of some cities restricting attendance in April, MLB owners could very well see an advantage in delaying the start of the season until May. If you remember, they tried to negotiate a later start for the 2021 season, but the players wouldn't go for it. They could achieve that this season by simply delaying offering an acceptable deal to the players.

Look, I hope that I'm wrong in all of this. I would love for nothing more than a quick resolution to this contract fight with pitchers and catchers reporting as scheduled in February. But I refuse to ride a similar wave of false hope that I did back in 2020. Until I see MLB offer something to the players that opens the door to some actual back and forth negotiating, I will keep my expectations low.

MLB and the Players Association are planning to meet on Thursday. According to ESPN's Jeff Passan, "MLB is expected to make a core-economics proposal at the session." While that is certainly welcome news after more than a month of crickets chirping, we'll need to see what MLB offers before I can view this as anything more than a P.R. move by Manfred and company. I worry that it will just turn out to be a calculated unpalatable offer that the players will immediately turn down, followed by the usual pious press release from Manfred blaming the players. We've seen that all before, and I refuse to write about that sort of nonsense.

As a matter of fact, I don't plan to spend much time writing about these negotiations at all, at least until serious bargaining starts to happen. I don't have as much time to write as I would wish for right now, and I prefer to spend what time I have on more interesting topics. I believe that the moves the Mets make to flesh out their roster once the lockout finally does end will be much more intriguing than their big splash in November, even if they're not as press conference-worthy. The moves still to be made will determine whether the Mets pursuit of a playoff berth this year is more successful than last season's post-All-Star break freefall.

Thanks for stopping by. As always, please be well and take care.