Do the Mets Have a Playoff-Caliber Bullpen? 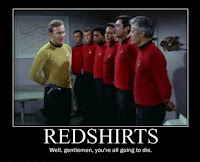 Winning is awesome, but the bullpen is still a huge question mark for the Mets.

The New York Mets have enjoyed strong starting pitching early on this season, despite the absence of Jacob deGrom. Running the second-highest payroll in MLB allowed them the luxury of adding Max Scherzer and Chris Bassitt to the rotation, giving them a level of depth they never enjoyed in the years that the Wilpons were signing the checks. Not only have the two additions pitched well, but they've also clearly taken on a role as mentors to young pitchers such as Tylor Megill and David Peterson. It's one thing to sign a bunch of guys to reverse the fortunes of a ball club, but it's every bit as essential to have the right mix of guys in the clubhouse. The early returns are positive in that area.

On the other hand, GM Billy Eppler took quite a different approach to build his bullpen for the season, and the early results have been quite mixed for the relief corps. Edwin Díaz blew a save in Arizona on one lousy pitch but has generally looked pretty good. After 3 seasons in New York, you know what you're going to get from Díaz: overpowering stuff and occasional struggles with command.

The primary setup men going into the year were Trevor May and Seth Lugo. May has spent time on the Injured List and has given up runs in 3 of his 5 appearances. Trevor has also already allowed 2 HR. Lugo had an excruciatingly bad outing against the rival Phillies but has also looked good at times. Lugo had a couple of solid outings in Arizona this weekend, and his breaking pitches were working in both games. But Seth has allowed 8 hits, 4 walks, and a home run in 7.2 IP. That 1.57 WHIP isn't what you want to see from one of your top relievers.

Going into the season, I really expected the Mets to add a late-inning reliever to the bullpen mix, particularly since they failed to re-sign Aaron Loup. Instead, the Mets signed Adam Ottavino to replace Jeurys Familia, brought in Chasen Shreve on a minor league deal, and traded  Miguel Castro for journeyman lefty Joely Rodríguez.

The results have been mixed for this group. Rodríguez allowed runs in 3 of his first 4 outings but has pitched much better in his last 4 games. Trusted with the ninth inning on Sunday, with the game still very much in reach, Joely gifted Mets fans with a no-drama inning. Ottavino allowed his first run in a loss to the Diamondbacks on Saturday but has given up 2 hits in 3 of his 6 appearances. Shreve has been the best of this group so far. While he is extremely unlikely to give the Mets what Loup gave them last season, Chasen can get right-handers out as well as lefties and looks like a valuable member of the bullpen.

I picked Drew Smith as an X factor for this bullpen in my season preview. I had reasonably high expectations for the 28-year-old righty, but he's been even better than I could have hoped for. At least so far, Smith has given the Mets the late-inning reliever they failed to acquire before the season. Of course, shoulder inflammation ended Smith's 2021 season in August, and the 41 innings he pitched last year mark a career major league high for Drew. The Mets and Drew Smith are optimistic for Smith to make it through an entire season in the bullpen. As Mets fans, we can only hope that Smith enjoys some luck with his health in a year when his bullpen role is trending towards high-leverage situations.

The rest of the bullpen is the standard MLB crapshoot of arms. Trevor Williams is filling the long man/spot starter role with mixed results, mostly not good. Sean Reid-Foley has had a couple of tough outings but has been okay in his other appearances. Still, when the rosters go down to 26 on May 1, Reid-Foley may well find himself in Syracuse. Below him are pitchers like Adonis Medina and Yoan López, who any fan of the original Star Trek series will recognize as prototypical redshirts. Even striking out the side in his one appearance didn't keep Medina off the shuttle back to Syracuse.

There will be decisions to make in less than a week. The roster cuts from 28 to 26, with pitchers capped at 13. With Taijuan Walker reportedly rejoining the team next weekend against the Phillies, Scherzer, Bassit, Carrasco, Megill, and Walker will be the five rotation pieces. That will leave 8 bullpen slots open.

Edwin Díaz, Trevor May, Seth Lugo, Drew Smith, Adam Ottavino, and Chasen Shreve will definitely occupy six of those slots. Joely Rodríguez has no minor league options, so he's likely to be the 7th reliever unless he pitches his way off the team. I think they'll give Rodríguez a lot of rope before they cut him loose, especially since he has looked like an effective bullpen piece his last four times out.

That eighth spot is likely to be occupied by long man Trevor Williams, but it will also be the Syracuse shuttle. Williams still can be optioned to the minors. Buck Showalter already has stated that David Peterson will be recalled to face the Braves in a doubleheader on May 3. Presumably, Peterson will be the 27th man allowed for doubleheaders, so his callup won't require the Mets to send anyone down. But if the bullpen gets overextended and the Mets want to call up a reliever, Williams is the guy who will get demoted unless someone goes on the Injured List.

As previously noted, Sean Reid-Foley is likely ticketed for Syracuse to provide some depth. Given his impressive debut, we'll probably see Adonis Medina again. Yoan López has quite a bit of MLB bullpen experience, albeit not very effectively since 2019. Jake Reed is another possibility. Beyond that, there is only hope that the Mets can find a way to produce some effective bullpen pieces from their own minor leaguers — something they haven't been able to do very often over the years.

This bullpen is a big question mark for this club if everyone stays healthy. We know from experience how unlikely that would be. The Mets have some good arms in their system, but creating a viable reliever — even a middle innings guy — is really tough. Coming into a major league ball game, throwing strikes with the stuff and location to get big league hitters out, is a challenge that many extremely gifted minor league pitchers just can't master.

It seems very probable that the Mets will be shopping for a reliever at the trade deadline. In the meantime, their options seem limited. No one in Syracuse appears likely to step in and take an important role in the Mets bullpen. The Mets can hope to strike gold with a waiver pickup. It happens occasionally, but it's a slim chance.

They could approach a team that's clearly out of it and see if they can pry a decent reliever from them without waiting for the trade deadline. If one is available, it will be a seller's market for a team willing to deal. They will be looking for an overpayment in return. While watching the series against the Diamondbacks, I wondered about their closer Mark Melancon. He's 37 but still very effective. Melancon would be an upgrade for most contenders' bullpens if whatever he costs in prospects was deemed worth it.

One other possibility for the Mets would be to transition a starting pitcher to the bullpen, which the Dodgers have done very effectively in recent years. I could see this happening with Tylor Megill. The Mets reportedly want to limit Megill to 140 innings this season. Tylor is on pace to pitch well over 200 innings if he starts all year, so a move to the bullpen would seem to make a lot of sense at some point. Megill has the right pitch mix and demeanor for the job. I could see him pitching some important innings later in the year.

In that same vein, David Peterson would be another candidate for a move to the bullpen, although his stuff isn't as strong as Megill's. Of course, moving either of these guys to the bullpen would diminish the starting pitching depth. It would likely be predicated on the current rotation staying healthy and Jacob deGrom making it back, or perhaps the Mets trading for a starter like the As' Frankie Montas.

There are a lot of possibilities here. One thing that I'm sure of is that things will change between now and the end of the season. Some guys will get hurt, some might underperform. Even if Seth Lugo and Trevor May pitch well and Drew Smith can stay healthy, the Mets will likely require some reinforcements if they hope to keep this season going deep into October. The bullpen will continue to be one of the key storylines of the Mets' 2022 season.