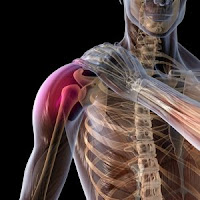 Jacob deGrom's shoulder injury sucks, but I won't let it ruin my optimism for the upcoming season.

As soon as I heard the news that Jacob deGrom was going for an MRI on his shoulder, I was relatively sure that I wouldn't be watching him take the mound for the New York Mets next Thursday in Washington. Sure enough, the news came out that deGrom would be shut down for at least a month with a stress reaction in his right scapula (shoulder blade). As Jeff Passan points out at ESPN.com, pitcher Michael Wacha suffered a stress reaction in his shoulder back in 2014 when he was pitching for the Cardinals. Wacha sustained the injury in mid-June and didn't make it back to a major league mound until September.

I have to admit that hearing about deGrom's stress reaction brought about a corresponding stress reaction for me. As a Mets fan, feeling stress about the health of our ace pitcher is a familiar feeling after going through it multiple times last season. I spent a large chunk of last summer sweating out the results of one of Jacob's MRIs.

Now it feels like I've reached a turning point when it comes to Jacob deGrom: I love the guy, and I dearly hope that he will get healthy, stay healthy, and provide tons of enjoyment as I watch deGrom ply his trade on the mound. But I'm just not counting on Jacob staying healthy and pitching regularly again until he proves that he can do it.

I've gone through my own physically challenging year-and-a-half, with three back surgeries, one neck surgery, and one rotator cuff surgery thrown in for good measure. I actually have something in common with Jacob deGrom in that I have had so many MRIs over that period that I attract metal. After some close calls dodging flying nails, I've learned to avoid walking by construction sites.

I'm doing okay now, well into rehab for my latest back surgery and the shoulder operation. But it's been a bit exhausting going through so much so soon. I just don't have the emotional energy to invest in sweating out Jacob deGrom's latest trauma. I will root for the five guys who take the mound for the Mets starting next week. I'll appreciate who we have (thank God for the Max Scherzer signing) rather than pine away for who we don't.

I've enjoyed immensely having the opportunity to watch the best pitcher in the game take the mound for my team over the last few years. Often enough deGrom was practically the only reason to tune in. I hope I get that opportunity for more than just a brief appearance here and there in the future. However, when the newspapers breathlessly report on the latest setback Jacob suffers in his rehab, I will not get all worked up over it. Life is too short.

I'm sorry if this all sounds a bit negative. I don't mean it that way, even though I admittedly am not happy about this bad news. I'm still really looking forward to the season. I think the Mets can contend this season even without deGrom. The Chris Bassitt trade ensured that the Mets have some real rotation depth for 2022. Now we need some other guys to step up.