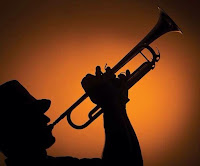 Some Chicken Littles out there endlessly proclaim that the sky is falling, but this has already been a great season for Mets fans.

Some Mets fans are still blaming radio and tv "personality" Sal Licata, who infamously declared the NL East "over" on May 31, for the Mets eventually losing their division lead to the Braves last Friday night. Other, more famous, Mets fans think Timmy Trumpet is the culprit. But neither Licata's silly hubris nor any residual "[b]ad Mojo" from Mr. Trumpet's performance for closer Edwin Díaz has cost the Mets a single game of that precious lead. The Braves managed to sustain a .727 winning percentage over an 87-game stretch. Winning at that pace pretty much cancels out any other mojo, good or bad.

When the Braves were hot in June, I honestly thought they were an "okay" team on a real hot streak. Clearly, I was wrong. They are better than just okay. But for those in the national baseball media who are already burying the Mets, I'd ask you to hold your horses, buckaroos. Maybe the Braves will keep winning just about every day through the end of the season. But that's no sure thing for any team.

The Braves have been very good over that stretch, but they don't have an all-time great roster in Atlanta, as good as they've been for these past couple of months. They've played well, but also enjoyed plenty of good fortune in winning so many games. Baseball is a game of peaks and valleys. Sooner or later, Atlanta is going to endure a cold stretch. Unfortunately, that may not happen until the postseason or 2023. I'm hoping sooner rather than later, but it will definitely come.

For all of their winning this summer, the Braves' 28-32 record against teams with > .500 records sticks out like a sore thumb. They just lost 2 of 3 to the Mariners. It should be easier with the dying husks of the San Francisco Giants next up on their schedule, but then they have the Phillies. Meanwhile, the Mets need to take care of business and avoid letdown games. While decades of Mets fandom has sometimes left me somewhat overly pessimistic towards my team, I still like their chances to win this thing.

Either way, I find myself lately taking a step back and appreciating what the Mets have accomplished this season. At the beginning of the year, I hoped for 90+ wins and for the Mets to stay competitive with the Braves for the National League East title through the end of the season. Well, the Mets are a single win away from 90, with 21 games still to be played. And, unlike many Mets teams of the past, they've shown real resilience and an ability to turn things around when the momentum seems to be heading in the wrong direction. Moreover, while the Braves have struggled to beat teams with winning records, the Mets have gone 39-30 against them.

At least some corners of the local and national media love to pile the agita of every injury, every offensive slump, and every Braves win onto the psyche of Mets fans. It has been frustrating at times. But what gets lost at times is just how big of an achievement it has been for the Mets to turn things around so quickly. Steve Cohen's Mets have spent plenty of money to accomplish that, but those of us who have followed baseball for a while understand all too well that spending doesn't automatically translate into winning.

Indeed, my biggest worry heading into the season was how difficult it can be to reverse the negative momentum of a team that has been losing for so long. Whatever happens with this division race over these last three weeks, the Mets have done that. Billy Eppler and the front office have a lot of work ahead of them in the offseason to build next season's Mets club with all of the key players becoming free agents. But they'll head into the season with some positive momentum, whatever befalls the Mets in the playoffs.

I'd be lying if I said that I didn't really want the Mets to hold on to the NL East. But if they don't, I still want to see them acquit themselves well in the playoffs. I'm going to root like hell for this team for as long as they're still playing. And I'm going to enjoy this thing for as long as it lasts. We've waited a very long time for this New York Mets team.

Just a quick one this week. I have to get back to my training and work on getting myself employed again. Be well and take care. Let's go Mets!