Waiting for the Future to Arrive 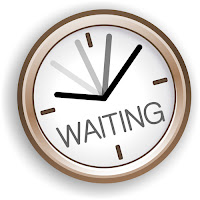 The first playoff appearance of the Cohen-era Mets was far from a success. Let's hope there are many opportunities ahead to get it right.
The World Series matchup is set and, once again, I'm left without a team to root for. I've always envied fans who can shift allegiances in the postseason. For myself, choosing between two teams I dislike is as satisfying as choosing between a colonoscopy and a root canal. I'll just take none of the above, thank you.
I can't help it. I'm Italian. Holding grudges is in my blood. I've loathed the Astros since the mid-80s, long before any cheating scandals. Meanwhile, just thinking about pulling for the Phillies gives me dry heaves. I'll still watch the World Series, of course — mostly because I know that baseball is coming to an end, and I'll spend the winter months missing it. But if not caring who wins takes all of the pressure off of watching, it takes all of the real fun away, too.
While I can't help but keep an eye on how the 2022 baseball playoffs resolve, most of my attention is already looking ahead, where perhaps a future Mets team can sustain a playoff run deeper than 3 games and relieve me of the burden of trying to care what happens to another team. 2023 will be our next opportunity. However, given the substantial player turnover likely to take place this offseason, there's significant uncertainty about whether the Mets will be back in the playoffs next season. Matching what was accomplished this year will be an extremely difficult task.
Putting aside my deep disappointment with the way the Mets staggered to the finish line in 2022, it was indeed a remarkable season. Following a 2021 campaign where Mets fans helplessly watched their team disintegrate in August and September, ending up with only 77 wins, 2022 was quite an upgrade. Sure, those bad weekends against the Braves and Padres at the end really killed the good vibes, but a 24-win improvement is still an achievement. But all the current free agents mean that, rather than fine-tuning their roster, Billy Eppler's front office will have to recreate a winner on the fly.
As you probably know, owner Steve Cohen has tasked Billy Eppler's front office with keeping the team competitive in the here and now while building a farm system that can sustain winning for more than the typical Metsian season or two. I'm on board with this approach. In my opinion, the best chance the New York Mets have of winning the title that has eluded the franchise for 36 years is to make regular appearances in the MLB playoffs. Cohen's Mets famously hope to emulate the Los Angeles Dodgers, who have made the playoffs every season since 2013, winning 3 NL pennants and the 2020 World Series in the process.
Emulating that success is not an easy goal. In those 9 full seasons in that span, not counting the 60-game pandemic year, the Dodgers have averaged 98.7 wins per season. They've won over 100 games in 4 of the last 5 full seasons. In the last 3 non-abbreviated campaigns the Dodgers have won 106, 106, and 111 games. Thanks to their success, Los Angeles picks late in the Amateur Draft year after year. They have also paid penalties in the draft and in the international signings, yet the Dodgers consistently maintain one of the best farm systems in baseball.
I know some will argue that LA's failure to win more than one championship in this stretch is somehow indicative of some flaw in their operations. Personally, I believe it has more to do with luck and the tendency of a tournament format to reward the hottest team rather than the best one. But, no matter how you slice it. there's no denying that what the Dodgers have achieved in the past decade is pretty amazing.
The Mets are only in the early stages of trying to create their own success story. Their farm system is not viewed as at all deep in prospects. This notably hindered them at the trade deadline, and will make it more difficult to trade for some talent this offseason — which I believe will be crucial if they hope to get at least a bit younger heading into next season. Continuing this season's success while continuing to create that dream farm system will again require threading the needle between the goal of sustainability and addressing their immediate need to put together a roster good enough to make the playoffs. It won't at all be easy turning the Mets into an eastern version of the Dodgers.
There was a piece in the New York Times by Tyler Kepner a couple of weeks ago that I read with some interest. It was on Andrew Friedman, who has been LA's President of Baseball Operations since 2014. Friedman has been the guiding force throughout LA's run of greatness. In the piece, Kepner quoted Friedman on the balancing act of competing in the present while continuing to build for the future:

It is important, Friedman added, to appreciate "the art of trying to do all you can to be as successful as you can in that current year, but keeping yourselves in the best position possible to be able to maintain. We've seen a lot of large-revenue teams go on a run of success and fall off the side of a cliff."

Indeed, the Boston Red Sox in particular have epitomized a boom-or-bust baseball culture. In the last 10 seasons, the Sox have won an enviable pair of World Series titles, but have also finished out of the playoffs 5 times, including 4 last-place finishes. In the NL East, we're watching the Nationals go from champion to one of the worst teams in baseball 3 years later. While the Chicago Cubs were able to win and break their curse, the goal of a sustained winner has eluded that franchise.
The failure of those large-market clubs to find sustained success is why I believe that the Mets are on the right path in their quest to become a truly elite team. Of course, the ultimate goal isn't to hoard all of the prospects they can, but rather to create a reality eventually where sustained winning and making win-now moves can coexist. Again, Friedman's Dodgers are a great example:

Friedman could have made more win-now trades early in his tenure, but the mission then was to add depth to the farm system while holding on to top prospects like Julio Urías, Cody Bellinger and Corey Seager. By 2017, high-impact talent started arriving regularly in trades: Yu Darvish, Manny Machado, Mookie Betts, Max Scherzer, Trea Turner.
"Over the last five years, we've been as aggressive, if not more so, than every other team in baseball in terms of trading away young talent, and we've obviously held on to some key ones," Friedman said. "I can’t say enough about our amateur and pro scouting department, as well as our player development group, for our ability to trade as many young players as we have and still have our farm system in as strong of a position as it is — especially with the current system that is designed to make that next to impossible."

I believe the last sentence in Friedman's quote is an important observation about the current system. It is set up so that the same teams don't dominate the sport for years on end. The idea is that a team will have a window of time to compete, but then must eventually retreat and retool for a period of time. The idea, of course, is that it's much more difficult to bring in talent when a club is selecting later in the draft and has a smaller bonus pool in both the Amateur Draft and for signing international talent. In order to get the talent necessary for a new run, the club must take a step back. Tanking is just taking this to a next level.

Meanwhile, teams like the Dodgers — and the Astros in the AL — overcome these obstacles by just being way better than most clubs at scouting and development. In the Dodgers' case, their success in finding and developing talent now allows them to make huge trades and be players for just about any big free agent. And they avoid having to put their fans through non-competitive seasons. I'm willing to be patient with the Mets front office as they work toward this goal. I can't think of a better outcome as a lifelong Mets fan than being able to take playoff appearances for granted.

I'll bet more than a few Mets fans have grown weary of hearing constant references to the Dodgers and their success and stability as the ultimate goal for the Mets. To me, it makes sense. The way that LA has operated under Friedman's stewardship is essentially the opposite of how the Mets have gone about their business. Steve Cohen doesn't just want to see his club do better — he wants his franchise to be a model for others to emulate. It won't happen overnight, of course, But I have a good feeling that it's going to happen.

In the meantime, the Mets face their second consecutive deeply consequential offseason. Last year it was about upgrading things enough to turn a losing franchise around. Mission accomplished, despite the unsatisfactory ending. Now the task is to try to stay in winning mode without selling out the future. It won't be easy, but it should be fascinating. I'll be around all offseason to share my take on the effort.

Be well and take care.