These Aren't the Wilpon Mets 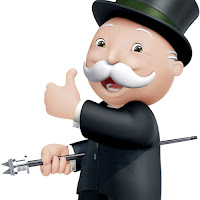 The Mets signing their talented closer to a huge deal so early in the off-season is a welcome change from the parsimony and indecision of the Wilpon era.

Reports are out that the New York Mets have signed closer Edwin Díaz to a five-year, $102 million contract. My first thoughts were about how much the game has changed where even the top closer is worth over $20 million per year. But mostly, I feel grateful that the Mets were able to lock up one of their most important free agents very early. This will allow them to move on to the other consequential decisions they need to make.

Resigning Díaz was arguably the Mets' top priority heading into the offseason. While there is risk involved in investing so much for any reliever, Edwin Díaz has proven that he can handle the New York market. Díaz survived a simply brutal first season in New York — and all of the media types endlessly whining about how they didn't trust Díaz as the closer heading into this season. Not that I totally trusted him but, as I documented a while back, it's not in my nature to trust any closer.

Besides having such an excellent year — the best season by a Mets closer I've witnessed — Edwin Díaz earned some respect from me from being flexible about being used in spots other than the familiar ninth-inning save opportunities. Many closers are resistant to that sort of usage. But with the way the game is evolving, a closer's willingness to step outside of the traditional comfort zone is important. Especially so if said closer is being paid the highest salary for a reliever in MLB history.

The deal is reportedly for 5 years, with a team option for a sixth season at around the same $20 million per. And, of course, there is also reportedly an opt-out after the third year, because every large MLB contract seems to feature an opt-out these days. Díaz would be heading into his age-32 season at that point. It's hard to see Edwin getting an offer for more money at that point. However, if he's pitching really well, he might push to see if he could get another year or two tacked on to the end. If I were the Mets, I'd be leary about going too deep into his 30s while paying Edwin at such an elite level. But that's tomorrow's worry.

For what it's worth, I still believe the Mets will see how it goes with Jacob deGrom before they make any decisions on their free-agent starting pitchers. The next logical moves would seem to me to involve engaging deGrom and Brandon Nimmo and trying to determine whether there is a possibility of signing either one any time soon. While I don't see either as a slam-dunk return, it would only make sense to determine where they are at before branching out and looking at other options.

Beyond that, I suspect there will be trades involving the Mets this off-season. With the GM meetings coming up this week, we could hear about some movement in that area. This is a huge hot stove season for the Mets organization. Getting Edwin Díaz locked up for at least the next 3 years was a great start. It sure is a different feeling being a Mets fan nowadays, isn't it?

The Díaz news certainly dwarfs all other Mets news for the week. However, there's a nice piece by Will Sammon in The Athletic from last week about Mets' prospect Jake Mangum. He's a really interesting prospect. My friend Mack Ade at Mack's Mets always liked Mangum. Jake is speedy, an excellent defender, and has good bat-to-ball skills. Mangum is a bit of a throwback player to the type of outfielders that proliferated in baseball in my younger days. The question is, in a game dominated by power and strikeouts, can a speedy guy who can slap the ball around find a place on the roster of a contending major league team?

Mangum played 4 years at Mississippi State in the SEC, the best college baseball conference in the country. He set a conference record for hits in his career, slashing an impressive .357/.420/.457. But Jake only hit 5 HR in 1,200 PA in college. That's why Mangum was only a 4th-round pick for the Mets in 2019, and is still waiting to make his MLB debut heading into his age-27 season.

Jake Mangum decided to retool his swing in 2020 when the COVID-19 pandemic shut baseball down. But selling out for power didn't really work for him, so Mangum sought a middle ground between slapping the ball and trying to hit home runs. As documented by Sammon, Jake took advantage of coaching and technology in an attempt to refine his approach:

Ahead of the 2022 season with Mets minor-league hitting instructors like Collin Hetzler, New York's complex hitting coordinator, Mangum focused on making harder contact. To accomplish that, Mangum swung with more intent to do damage and used his whole body, his bigger muscles, to move the bat during the initial part of his swing rather than just relying on his hands and arms to slap the ball. Using data trackers, his goal was to hit the ball as hard as he could at 15 degrees every time. Evaluators believe Mangum already has elite bat-to-ball skills, but that can be a good thing and a bad thing because it could lead to swinging at the wrong pitches and making weak contact. So there was an emphasis on shrinking the zone and swinging at strikes. Mangum may never develop the kind of power to hit more than 10-15 home runs in a season, but he has the ability to drive balls into the gap with his best swing, which was something he showed in 2022.

The Mets have an important decision to make about Jake Mangum this off-season. He'll be eligible for the Rule-5 draft and will be attractive to teams looking for a speedy switch-hitting outfielder who can play CF and has the potential to hit for average. While Mangum is unlikely to earn a full-time gig in the majors with the Mets, he profiles as a cheaper version of the extra OF job held down this past season by Travis Jankowski and Tyler Naquin. Given how high the 2023 payroll is likely to run if the Mets are going to truly compete, figuring out how to get the most out of a kid like Mangum would be a real positive sign for the Mets going forward.

An important question, however, is whether a kid could come up to the majors and succeed as a part-time player. Being an MLB bench player who doesn't receive regular at-bats is hard. That parade of pitchers featuring elite velocity and high spin rates is murder on veteran hitters who face them 4 or 5 times a night. Successfully integrating a rookie as a part-time player is understandably difficult. But figuring out how to get the most out of talented players who aren't "can't miss" top draft picks will be hugely important to the Mets going forward if they hope to build that sustainable winner we all want to see.

Turning a fourth-round pick into a useful major league player would be a huge win for the Mets' player development. What happens with Jake Magnum this winter and next season will be interesting to watch for those of us who hope to see the Mets take that next step as a successful organization.

Update: In a surprising move, the Mets elected not to add Mangum to the 40-man roster, risking losing him in the rule 5 draft in December. That would certainly signal that Jake is not in their plans for 2023. If you're interested in learning a bit more about the kid, check out John from Albany's player profile on Mets News and Links.

Thanks as always for stopping by. We'll be here all winter writing about how this crucial offseason plays out. Hope to see you back in this space. In the meantime, please be well and take care.