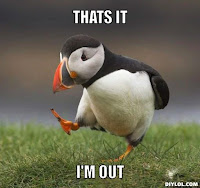 Wait... what? Now Jacob deGrom doesn't hate New York?
Remember earlier this summer when baseball pundits were tripping over each other to breathlessly report another rumor about where Jacob deGrom really wants to pitch next year? ESPN's Buster Olney tweeted: "There is a perception in some corners of the industry that if Jacob deGrom follows through with what he said in the spring and opts out of his Mets' contract, the Braves will be the favorites to land him." SNY's Andy Martino assured us that Olney's tweet constituted a "highly credible report." Martino reinforced that with some vague prattle about Georgia being closer to Florida, and even more ambiguous rumors that Jake "does not seem to enjoy the extra attention that comes with playing [in New York]."
I'm no baseball "insider" — a title SNY incessantly bestows upon anyone they hand a microphone — but I felt like Olney's "highly credible report" was pretty much bullsh*t. I documented why in my post back in July. I felt then, as I do now, that deGrom might find a suitor willing to go farther in years and dollars than the Mets were inclined to go, but it was quite unlikely to be Atlanta for reasons I outlined in that piece.
Sure enough, in a piece for The Athletic last week. Ken Rosenthal noted:

... Two other things that are highly unlikely for the Braves: The signing of deGrom or a shortstop other than Dansby Swanson ... No player currently with the Braves will earn more than $22 million over the course of his contract, seemingly creating the flexibility for a major expenditure. But the Braves are reluctant to enter into a deal with any player who takes up too high a percentage of their payroll, knowing in future seasons the salaries of their young players will rise.

The idea that the Braves would be "reluctant to enter into a deal with any player who takes up too high a percentage of their payroll" was the gist of my argument back in July, but what did I know? One thing has become apparent in the months since Olney's tweet: no one really had a clue precisely what deGrom was thinking, other than Jake himself and the people closest to him. But there is no shortage of folks in the media willing to fill that void of knowledge by taking their anonymously-sourced speculation and presenting it as fact.

Flash forward to the present, and now we are hearing different reports on what Jacob deGrom wants. For instance, in an article in the New York Post last week, Mike Puma reports:

The Mets have received enough indications from deGrom's camp, according to a source, that they believe the two-time Cy Young award winner wants to stay, provided there isn't a significant discrepancy in offers.

But why would Jacob deGrom prefer to stay when all we've read and heard in the media was very much the opposite? From Puma's piece again:

A source said deGrom places a high value on winning and believes the Mets have reached a place at which they can compete for the World Series regularly. DeGrom has also told teammates past and present — as The Post has reported — that he is happy playing for the Mets.

Look, there is definitely a chance that another team goes a bit crazy and offers deGrom a contract that goes beyond where the Mets feel comfortable, even with Steve Cohen signing the checks. There are rumors that the Texas Rangers are willing to go way beyond other clubs to secure deGrom. While I do understand that could happen, I also ask myself how a team with the Rangers' payroll could justify the risk involved in signing deGrom to that type of contract. We've seen over the years that almost anything is possible with a free agent contract, but, given Cohen's money and stated desire to keep deGrom along with deGrom's reported preference to stay, I would have to think the odds are at least better than 50-50 that deGrom stays.

So, imagine my interest when a piece from ESPN popped up in my feed this morning predicting the final destination for all free agents. I was genuinely intrigued to see how many of their "experts" thought Jacob deGrom would re-sign with the Mets. While I certainly didn't expect all of them to predict that, I thought for sure that some would.

Silly me. There were 7 predictions in all, from Kiley McDaniel, Bradford Doolittle, David Schoenfield, Jesse Rogers, Joon Lee, Buster Olney, and Alden Gonzalez. The predictions were: Rangers, Dodgers, Rangers again, Braves, 2 more for the Rangers, and one for the Cardinals. Not a single one of ESPN's "experts" picked the Mets. And, while everyone is entitled to their opinion, it reinforces for me why I elect not to spend $10 per month to access the bulk of their baseball stuff which sits behind the paywall. It's not worth it, especially since I don't enjoy watching hog calling, competitive nose-picking, and the like on ESPN+.

Criticize journalists like these and they'll eternally come back with some contemptuous version of "every fan thinks I hate their team." I don't believe that and, frankly, wouldn't care even if they did. But you have to wonder if anyone is even paying attention to what is actually going on before they make predictions. Then at least one or two of them might have envisioned the possibility of deGrom returning to the Mets.

I take Steve Cohen at his word when he said that the Mets will do everything possible to retain Jacob deGrom. I understand that Cohen isn't interested in pulling a Thelma and Louise with Jake in the passenger seat. There will be a limit to where the Mets are willing to go if another team does push far beyond what the Mets see as acceptable risk in retaining their franchise-caliber player. The possibility of deGrom pitching in a different uniform in 2023 is very, very real. But I feel safe in predicting the odds of deGrom staying with the Mets is higher than the 0/7 chance ESPN gave this outcome.

Speaking of the media, I thought it quite weird when Andy Martino reported on SNY back at the beginning of the month that the Mets would not pursue Aaron Judge because of some understanding that they had with the Yankees about leaving each other's free agents alone.

Talking to Mets people about this all through the year, the team in Queens sees Judge as a Yankee, uniquely tailored to be an icon in their uniform, stadium and branding efforts. Owners Steve Cohen and Hal Steinbrenner enjoy a mutually respectful relationship, and do not expect to upend that with a high-profile bidding war.

I don't believe that pursuing Judge makes sense for the Mets when they have so many holes to fill in their starting rotation and bullpen. Even if Jacob deGrom goes elsewhere, it will make much more sense for the Mets to repurpose that money into multiple pitchers. Likewise, the Yankees didn't seem a great match for Edwin Díaz, given that they had closer options already on their club and needed to be prepared to pay heavily to retain Judge.

While I believe that Martino undoubtedly has "Mets people" willing to tell him that there is a "mutually respectful relationship" that precludes a bidding war between the New York teams, I have to question who the hell they are. I don't work in a baseball front office, but I understand what actions constitute collusion. It certainly wasn't anyone very high up in the chain of command for the Mets. But even the lowliest intern should have understood this was a dumb thing to say.

Beyond that, it really wouldn't make sense for the Mets front office not to pursue a New York Yankees free agent who they feel could help the club. Ditto for the Yankees. I'd be surprised if the Yankees didn't consider Brandon Nimmo if Judge signs elsewhere and he's still available. While MLB commissioner Rob Manfred proclaims himself "confident" that the investigation into Martino's article won't turn up evidence of collusion, I think that a couple of things should come out of this whole mess:

One, the Mets HR department should have a chat with all employees and suggest they avoid implying to reporters like Martino that the team is engaging in conduct that violates the CBA. You would think this would be unnecessary, but apparently, it needs to happen. Secondly, if there is some unspoken behind-the-scenes agreement to stay away from each other's guys, the front office needs to question whether that would be the best thing for the Mets. It really doesn't make sense for either club.

Finally, at least for this week, the Mets made another couple of important hires on the development side, hiring St. Louis Cardinals hitting coach Jeff Albert to be their new director of hitting. Michael Mayer from Metsmerized and the indispensable MetsMinors.net noted, "Albert is credited with modernizing Cards hitting program." Albert's job with the Mets will be to oversee and modernize the hitting program for the entire Mets system.

The Mets also hired Eddy Rodriguez to be their new Minor League Field Coordinator. The job entails more than the title implies. Basically, Rodriguez will be in charge of implementing what the organization teaches to prospects throughout the system, and making sure the plan is followed.

Albert is 41, while Rodríguez is 36. The trend across the industry is to hire younger guys who understand analytics and are comfortable with helping players to take advantage of the technical innovations in the sport. In our last post about the new director of pitching development, Eric Jagers, we had this quote from Billy Eppler that would apply to these hirings, also:

"What we're trying to do — regardless of this hire or any hire — is really serve the players," Eppler said. "You just want to be able to answer every question, so if a player has questions you want to have them talk to somebody from a technical expertise and maybe from a psychological expertise. If we can really have that diversity of thought we should be able to serve the players for what they need."

Albert and Rodriguez are now part of the team looking to enact this vision. The payoff will be down the road when the Mets farm system becomes an engine for the success of the organization.

That will do it for this week. Thanks for stopping by. Check back, as we will be here for the whole off-season. Be well, and take care.