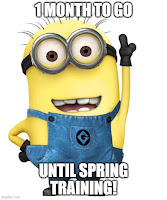 With Carlos Correa out of the picture, the Mets still have issues to address before spring training starts in just 4 weeks.

When I finished my last post, I was hoping that by the time I wrote my next one, there would be a positive resolution to the Carlos Correa sage. While there was a resolution, it differed from the one most New York Mets fans, including me, hoped to see. Carlos is back with the Twins, and the Mets will take the field this season with a lineup a bit weaker than what it could have been with Correa.

I have a personal policy as a fan not to dwell too long on things that might have been. It's easier to follow these days. Most of us have confidence that Steve Cohen will do what it takes to field a potential winner. But it still stings a little to think about what could have been. Correa was a definite upgrade over whatever Eduardo Escobar and Brett Baty are likely to provide the Mets in 2023.

On the other hand, it's a relief to stop thinking and writing about Correa and move on after what felt like an eternity. Baty and Escobar now have an opportunity to carve out their own niches with the Mets this season. Let's see if one or both can take advantage of it. Manny Machado's opt-out clause after this season leaves him as a very intriguing alternative if Baty can't seize hold of the job.

But that's next year's decision. With spring training just over 4 weeks off, the Mets are left with some last-minute judgments over what final pieces they might attempt to fit into their roster. Beginning with just the players currently on their roster, I believe the initial 26-man roster would look roughly like this:

The Mets could hold back from having a fifth starter on the roster until there is a need. I believe that the Mets will elect to have at least 2 of the best alternatives, David Peterson, Tylor Megill, and Joey Lucchesi, start the year in Triple-A to be stretched out as starting pitchers.

The Mets could add another experienced arm to the mix. Or they could mix and match for the final 3 slots from various pitchers. They signed John Curtiss coming off Tommy John surgery, and if he's healthy, he's likely to hold down a spot in the 'pen. Other possibilities are Elieser Hernandez or one of the Peterson, Megill, and Luchessi group in the swingman role that Trevor Williams filled so well last season. Also on the 40-man are Bryce Montes de Oca, Tayler Saucedo, Zach Greene, Jeff Brigham, Stephen Nogosek, and Stephen Ridings.

Jeff Brigham, who came over with Elieser Hernandez in a trade with the Marlins this winter, has shown flashes of promise, but has struggled with injuries. Tommy Hunter is a non-roster invitee who could contribute if he's healthy.

Some other arms in the system's upper levels will likely pitch for the Mets in 2023. Realistically, there are plenty of possibilities to hold down lower-leverage bullpen slots that the Mets shouldn't have to sign another pitcher to an MLB contract.

This is where things really start to get interesting. The maximum amount of pitchers an MLB club can have on its roster is 13. Given how bullpens are used these days, the Mets will likely go with 8 relievers for a good chunk of their schedule. That leaves 4 bench slots open.

I believe that both Francisco Álvarez and Brett Baty could make the Mets out of camp. However, neither one of them has accumulated much time in Triple-A. Álvarez played 45 games in Syracuse, and Baty only 6 games. I get the feeling whenever Billy Eppler talks about these two that the Mets' strong preference is to get them some more reps in Triple-A, promoting them at some point during the season. This could change, of course. If one or both enjoy a dominant spring, similar to what Pete Alonso had in 2019, they could force the issue as Pete did back then. But, at least for now, I'm not figuring on either prospect having a job right out of camp.

The fourth OF on this team will be important. The Mets need someone in this position who can start a good number of games this season and not hurt them offensively. I don't believe the OFs on the roster fill that requirement. Khalil Lee is the only one currently on the 40-man roster. He has yet to show the ability to make contact often enough to be an MLB contributor. Abraham Almonte, a non-roster invite, is probably the best option the Mets have in the fold currently. But he'll turn 34 next season, and has a 10-year MLB OPS+ of 83. At this stage of his career, Almonte seems better suited to be a guy stashed in Triple-A and called up only for emergency duty. Tim Locastro is a poor man's version of Travis Jankowski and seems like an emergency call-up at best, also.

The best free agent OFs still available are Adam Duvall, Tommy Pham, David Peralta, Jurickson Profar, and Tyler Naquin. Duvall and Pham are right-handed hitters. Peralta and Naquin are left-handed. Profar is a switch-hitter. I would think the Mets would be looking for a lefty bat with two RH OF already on the roster, but the word is that they are interested in Pham.

None of the above group is exciting. Duvall has power and is a good defender, but his lifetime on-base percentage in MLB is .289. Pham will be 35 next season and hasn't hit in recent years. Peralta is 35 and trending downward in his career. Profar is an interesting and versatile player, but up to now, there have been no rumors associating him with the Mets. Naquin was disappointing in his time here last season and seems unlikely to return. Whoever the Mets wind up signing, I believe that Jeff McNeil will play a significant number of games in the OF, opening some playing time at 2B for Luis Guillorme. But I think the Mets will add another OF before spring training, and he will occupy one of those remaining roster spots.

A platoon partner for Daniel Vogelbach at DH will fill the fourth bench slot. Darin Ruf was awful last season, but still will likely compete for the role in 2023. Ruf was a solid contributor in 2020 and 2021 for the Giants. He didn't hit for average before his trade to the Mets last summer (.216), but he walked often enough to post a .328 OBP, and had 11 HR in 314 PA. The Mets will likely give him spring training ABs to see if Ruf still has something left in his bat at age 36. Ruf could play some 1B and even OF, too, but not at all well in either case. Darin Ruf has to hit to make the roster and stay on it.

If Francisco Álvarez can force his way onto the Opening Day roster, he would likely see right-handed DH ABs and catch his share of games. However, it is unlikely that the Mets would choose to have 3 catchers on the roster. Álvarez is either sharing the catching position with Narváez, or he's in Triple-A. The Mets won't stifle his development by making him the primary RH DH.

Mark Vientos is a candidate to win a job out of camp as a platoon partner for Vogelbach. He only offers little positional versatility to give other players a day off in the field. Maybe some 1B in relief of Alonso. Vientos must figure things out quickly to justify a roster spot. As with Darin Ruf, if Mark isn't hitting, his stay in Queens will be quite brief.

I hope that, as long as they are healthy and hitting, Francisco Álvarez and Brett Baty will be important contributors to the 2023 Mets. If the Mets are to take the next step toward being an elite organization, an important thing to look for will be their ability to integrate good young players onto the team. Another would be the ability to get contributions to the bullpen from that potpourri of lively arms they've assembled. They really should be able to assemble a strong bullpen without spending millions on another "established" MLB reliever.

Circling back to Correa

I'm not living and dying on how Carlos Correa's ankle holds up into the future. The Mets need to make the medical determination they feel comfortable with and then move on. Similar to what happened when they passed on signing Kumar Rocker, I'm just going to trust that the club has the right people in place to make the best decision possible. It doesn't mean they're always going to be right, but, if the process is good, their decisions should average out well. That's all that the fan of a team can realistically hope for. Looking back is unproductive and also unnecessary when an organization is well-run.

To that end, there was a report that the Mets consulted the same specialist who failed Correa's ankle during the Giants' physical. Although Dan Martin and Jon Heyman noted in the article that the Mets likely also consulted other doctors, it was portrayed by some in the press that the Mets based their whole decision on what the one doctor had to say. This was certainly a misrepresentation of the facts.

For a contract long in years and large in dollar value, I'm sure a variety of opinions were taken into account. The Mets made the decision they felt they could live with, and Correa made his own best decision for himself and his family. I wish Carlos Correa the best, but my thoughts now turn elsewhere. I'm sorry the Mets and Correa couldn't figure out a mutually acceptable agreement, but I'm really confident that Steve Cohen's Mets will continue to pursue any option to be a great team. There is no need to linger on things that didn't happen. After decades of ownership that was less committed to greatness, that feels damned good.

Be well and take care.