The Future: So Many Questions, So Few Answers 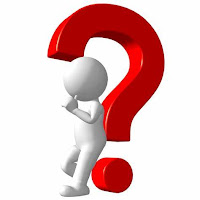 Joel Sherman has a good piece up on the New York Post's site about the new agreement between the players and owners and the questions over how any potential salvaged 2020 season might play out.

I'm still personally quite skeptical that we're going to get to a point in the next few months where thousands of people are going to be allowed to congregate in the packed, sweaty confines of a baseball stadium to watch a game.  That thought depresses me greatly, and I hope that I'm wrong.  It would mean the world to me to watch some real live baseball this year.

While Sherman reports that the agreement leaves open the possibility of playing with no fans in the park or at neutral sites, he asks what I think is the most important question: "The sides will have to determine if it makes sense financially to return without fans or to relocate teams to areas in which they might not draw."

I guess I find it hard to believe that baseball will be played in any manner that doesn't allow a team to make money off the fans buying tickets and spending money at the overpriced ballpark concessions.  I think any chance of playing baseball this year hinges on opening the actual parks and playing in front of home team fans.  If the playoffs run really late I can see neutral warm sites for games at that point, I guess, but I sure doubt it for the regular season.

I'm curious what effect a complete cancellation of the season would have on the Mets ownership situation.  They're trying to sell the team and they are obviously not flush with cash.  According to Sherman, teams will only be on the hook for a fraction of their season's payroll if games aren't played, but they would be responsible for 20 percent.  With essentially no income I wonder how the Wilpons would weather a lost season.  Sure wish they would sell the damn team as long as it's not to the Dolans.  I'm a Knicks and Rangers fan, too, and I'd hate to see that crew in charge in Flushing. As bad as the Fred and Jeff soap opera has been it could actually get worse.

I don't have the time to read everything that's written about the Mets and I don't pay to read content behind pay walls.  In the reading that I am able to do I don't recall reading much about how this is all effecting the ownership and whether it's more or less likely that the team will be sold.  As much as I dislike this fact, who owns the Mets going forward is crucial to what we're going to have to root for when baseball is played for real again.

It's funny, but a decade ago when I was still blogging regularly so much depended on the financial situation of ownership.  All these years later we still seem to be in the same place.

Update: As I was getting ready to post this I came across this article just posted on the NBC Sports Hardball Talk site.  At least as reported here (and the Atlantic piece quoted)  the Wilpons are eager enough to sell the team that they're willing to forgo holding onto power for a term after the sale. Of course, as also pointed out it's going to be a tough time to find someone with gobs of cash and a willingness to part with it when there is so much uncertainty when baseball games will actually commence.


I'm not sure if anyone who read the old blog will find their way here after all these many years, but if you do please drop me an email or comment if you'd prefer. I'd honestly love to hear from you. Also, I will be posting here regularly if you're inclined to come back.