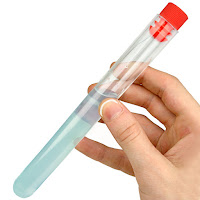 I read a really interesting article on Sports Illustrated's web site today that put a pretty good bow on what I've been suspecting all along. It's going to be extremely difficult to make a reality out of any of the suggestions to revive baseball this season, or any other sport for that matter.  The author, Stephanie Apstein, does an excellent job of summarizing not only how difficult it would be to set this type of quarantined sporting environment in the first place, but even more so how hard it would be to keep going.  It's well worth your time to read.

It gave me a lot to think about.  First of all, I wonder if MLB's desire to try to maximize a season with as many games as possible is even remotely practical. The idea that even a single player testing positive for COVID-19 would lead to a 2 week shutdown makes accomplishing a long season seem quite unlikely.

I wonder if baseball wouldn't be better served if they didn't hold off until later in the year when there is wider availability of some sort of test that could provide results in a relatively short time compared to what's available now.  You wouldn't be able to run any sort of season if you started later on, say in the fall, but you could possibly run some sort of tournament that could at least give the fans a taste of baseball in 2020.

It wouldn't be the same as playing a season, but even under the most optimistic proposals there isn't going to be anything that would resemble a traditional baseball season, anyway.  Whoever winds up as "Champion" this year would not be a true champion by any stretch, so why pretend?

No offense to anyone who finds the simulated baseball season some sort of diversion, I have zero interest in that. I say that as someone who loved and indulged in countless games of Strat-O-Matic as a kid. While a fall tournament wouldn't crown a true champion it would be infinitely more fun to watch than fake baseball.  It would be real baseball.

Whatever happens with the majors this year, reading the SI piece made me think even more about what a disaster it could be for teams that don't do something to develop their minor leaguers in some manner.  If it really does, as the article suggests, take until the fall of 2021 for live sporting events to resume you're looking at missing 2 minor league seasons.  That would be a disaster for any club that didn't work and plan hard to avoid that misstep.

I seriously worry about the Mets taking whatever extraordinary steps that might be required to accomplish this, given the fact that the current ownership is very unlikely to be the owners of this club when normal baseball resumes.  I would hope that someone will step forward and buy this team who has a vision for being truly competitive going forward.  I fear that this won't happen during the economic turmoil that this pandemic is only starting to cause.  All I can really do as a fan is watch carefully what steps are taken and hope for the best.

Stay well, everyone.  Sorry for the lateness of this post.  I'll be back again tomorrow with a new one.