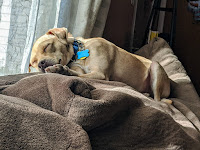 I've tried to keep this blog about baseball for the most part, and that's my plan going forward.  Almost every topic I write about here will be related to baseball and the New York Mets.  If I decide that I need to opine about a different topic on an ongoing basis I would start a new blog for that purpose.  I did call this a "blog about the New York Mets and life," however, for those occasional forays into topics beyond baseball.

So fair warning, this is about something else.  If you're not interested I understand.  I'll be back with a baseball post later on today.

When I began the earliest version of my blog back in 2005 I had no experience with blogs other than a couple of months of reading them. I just went step by step following instructions until I got to the part where I was asked to provide a picture for my blogging profile.  I didn't own any type of digital camera back then, except for the primitive camera on my cell phone.  I had a handful of personal pictures on my computer which were all scans of actual photographs.

I don't like pictures of myself.  This doesn't stem from some sort of false modesty.  Pictures of myself always make me feel kind of weird and self-conscious.  The one picture that I did have with me in it was a picture of me and the last dog I owned, a female beagle mix named Rikki.  The picture was from about a decade earlier, it was the last picture of her I had.  She died of cancer not that long after.

I took a lot of ribbing over that picture.  I was wearing an old short sleeved shirt from the late 1980s 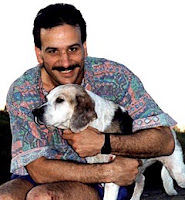 that was dated even when the picture was taken.  I was divorced at the time and had to take all of my clothes to the laundromat, and that often entailed digging up something old to wear that was at least clean.

I also got some comments and emails from people that took exception to something I wrote and made fun of the way I was hugging the dog in the picture. They insinuated there was some dark and perverted reason for it. The actual reason was that the pic was taken on a day of hiking, and the only way to keep Rikki from running off in the woods was to hold her in place.  Even late in her life and suffering in her final illness, Rikki loved the woods and was her most real self at loose in that setting.

From the start I intended to replace that picture.  It was ten years old and I was starting to look quite different. My hair was starting to turn grey and thin out, and my battle with Lyme disease was accelerating the process.  I always had a picture of myself and my real name on my blog because I had no desire to hide behind anonymity in anything I posted.  While certainly not everyone, a healthy percentage of folks that hide beyond avatars and screen names abuse their anonymity to post things that they wouldn't say to someone face to face.

It took me a couple of years to finally post a current picture of myself because I liked being reminded of Rikki every day when I was working on the blog.  I did move the old pic to my About page because I want her around for as long as I keep blogging.  Beside gracing this page she's back on the About page for this new iteration of Mike's Mets.

While looking at this picture brings back some happy memories, it also brings some sad ones, too.  Rikki came into my life when I was 21 and living at home.  By the time this picture was taken I was in my mid 30s.  I had been married, divorced, and was living in a very small place that didn't take dogs.  Rikki was living with my grandmother and being spoiled rotten, and most of her walks in the woods were courtesy of my brother who lived nearby.  I was lucky that Rikki had a whole family that loved her, because if it had been just me it would have been quite difficult.

And now we get to the second reason why I kept the picture of Rikki front and center in my life for so long.  It was a reminder to myself that dogs are both a blessing and a responsibility, and as much as I wanted one back in my life I wouldn't get one until I was prepared to give one the proper home and attention a dog needs.

My life stabilized a lot when I met Lisa in 1994. We've been together for more than 25 years now.  When we purchased a home together in 2007 we started talking about getting a dog.  We were both quite busy working way more than 40 hour jobs, and spent a lot of time talking about whether we could devote the proper time to a dog.

Finally we decided in 2013 that we had waited long enough.  After a really bad experience with one dog rescue organization we went to another one in Bethel, Connecticut.  The second dog we looked at was a female 2-year-old Treeing Walker Coonhound mix.  She also looked a lot like my old dog Rikki with the same tri-color coloring.  The dog was quiet, friendly and did well getting along with other dogs. We live in a neighborhood with lots of dogs, so that was important to us.

We adopted her, named her Nutmeg, and brought her home. She was a pretty high energy dog so we tried to keep her busy with walks around the neighborhood and playing with her.  Still, whenever Nutmeg was unoccupied she had a way of getting into trouble, including chewing expensive remote controls and other electronics.  I was working out of my home at the time, and in desperation I started taking her for very long walks in the woods almost every day.

The consequence for me was that I often had to work into the evening when I returned from the walk to make up for the time away.  The change in Nutmeg was immediate, however, and quite positive. With the long walks to look forward to every day her behavior became almost perfect.  Those walks gave her an ideal outlet for her energy.

Over the years Nutmeg has been with us on vacations and has just been a great dog.  She's 9 years old now and slowed down a bit, but she still loves those walk in the woods.  Last summer we added another mutt to the mix, adopting a 1 year old male Whippet/Chihuahua mix we named Devo.  He's got even more energy than the young Nutmeg, but we keep him busy and he's been a fun addition to the family.

It's great to be a dog owner again, and I can't imagine my life without them.  Still, I won't pretend that it's not a lot of work and responsibility.  There are days that walking time comes around and I'm freaking exhausted, but those two still want that walk.  When we take a vacation we like renting a cottage on a beach somewhere.  We like bringing the dogs, but that involves looking harder to find a place that accepts them.  And if we wanted to go somewhere we couldn't bring them it would involve making sure they were taken care of while we were gone.

I think of all of this because I'm reading how pet adoptions have gone up since the Coronavirus outbreak because people are home and have time to take care of a pet.  That's great, but I wonder if everyone is considering what happens when our lives get back to normal at some point.  Granted, that's some distance down the road, but that young dog you just adopted is going to live a long time.

Maybe you'll be lucky like 21-year-old me, and have a wonderful situation for that animal to fall back into when your life drastically changes. If you don't, however, it's up to you.

If your "normal" life involves working long hours, trying to have some sort of social life, and going home basically to grab a little sleep before you go back to work, it's hard to fit the responsibility of taking care of a living creature in there.  A dog will not thrive left alone for most of the time, and even cats - despite their reputation for being more independent - don't like it, either. 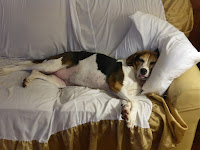 So my suggestion would be if you're thinking of adopting a dog or cat, picture your life not just now, but after all of this is over.  Will you have the time then that your animal needs from you?  You might already have had a long day by the time you return to them, but they've been WAITING all day for your return and crave your attention.  You might just want to sink into the couch, but they want to play.

I'm not trying to talk anyone out of rescuing a dog.  There are so many out there that need a home, and so many are still euthanized every day simply because the shelters are overwhelmed.  But it's also a sad fact that about 10% of dogs and cats adopted into new homes aren't still there 6 months later.  That article does a good job discussing how to avoid making a mistake that results in an adopted animal being surrendered back to a shelter.  I worry that there might be a good number of animals adopted during this crisis that might wind up sharing that fate.

A lot of that can be avoided if you use your brain along with your heart when considering taking in a furry friend. Ask yourself if that animal that fits into your life today is likely to fit in down the road, too.  Make sure if you do adopt you find an animal that fits with your energy level and available time.  If I wasn't someone who enjoyed spending a lot of time and energy outdoors I wouldn't adopt a high energy animal.  You might think that it will give you the push you need to get out and do more, but day after day, week after week, month after month, that sh*t gets old if it's not what you enjoy.

If you live in the city in an apartment or your favorite idea of a walk is to the mailbox and back get yourself an animal that fits your life such as a smaller dog or cat.  There are plenty of dogs that would be more than satisfied with once around the block and a little play at home.  Making the right choice in a pet that fits your life makes the chances of things not working out considerably lower.

I hope that a lot of folks out there ask themselves the right questions and go out and adopt the right pet and you all live happily ever after together.  I wouldn't trade my 2 pups for a million dollars.  Just ask yourself the right questions before hand, and if you have a friend or family member taking the plunge make sure they do, too.