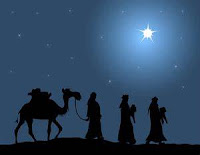 Numerous sources are reporting the MLB owners are ready to present a proposal to the players tomorrow to bring baseball back in July. According to Joel Sherman in the New York Post, the season would start in early July and consist of 82 games. Rosters would be expanded to 30 players with a 20-man taxi squad to cover for injuries and, we could presume, players that test positive for Coronavirus. There would be a DH in both leagues.

The MLB proposal calls for revenue sharing which, as we discussed yesterday, is a non-starter for the players. They look at revenue sharing as an unwelcome guest. Once he gets in your house, you're going to have big trouble getting him to leave.

At NBC Sports' Hardball Talk, Craig Calcaterra discussed a story given anonymously to Bob Nightengale at USA Today by ownership. I share Calcaterra's amusement and skepticism at the way this all was spun by ownership. They refer to their plan as "historic" and "integral to diminish revenue losses" caused by playing in empty parks. They have "an abundance of optimism" that this will all come together and baseball will be played this year.

My favorite part of the whole quote was that the plan "will require teams to share at least 48% of their revenue with the Major League Baseball Players Association this season," [my emphasis added] as if we could trust the good intentions on the part of the owners because, damn it, teams will be required to share at least 48% of revenues, whether they want to or not. And certainly, they would never misreport and understate revenues, would they?

I found Nightengale's article fascinating and a little disturbing, because it really felt like it was written primarily from the perspective of the owners. There was no reference to revenue sharing being a very controversial proposal that's going to be a really tough sell to the players. The reason why revenue sharing would be "historic" is because the owners have never gotten the players to agree to anything like it in actual collective bargaining negotiations.

Baseball has been remarkably successful for quite some time at making scads of moolah. That's why the value of franchises has shot up so much in recent years. Now the owners want everyone to feel bad for them because they're taking a hit from this pandemic. Perhaps they should consider trying things out in the real world beyond their soft cushion of generational wealth.

To be clear, I think that players will have to give a little in salary to play this season. As I said yesterday, I am sympathetic to the fact that they are taking on all of the personal risk. Still, their careers are too short to let the whole year go by without making as much of their salary as they can. For all but the wealthiest, this can't even be a consideration.

I still believe that revenue sharing is a ploy by owners. They have to understand how unpopular it will be with the players. I think it's something to trade away for some sort of a pay cut beyond the pro-rated season salaries. I guess we'll all see how serious about this they are going forward. If the owners insist on this we might be stuck in this place for some time. What gives me hope is the point I made yesterday. The owners have an awful lot at stake in playing games this season, too.

Keith Law had an excellent piece in The Athletic on the way that baseball is shooting itself in the foot by cutting the draft down to 5 rounds this year. As most die-hard Mets fans know, Jacob deGrom was a 9th round pick for the Mets, who took a chance on a converted shortstop with some still undeveloped potential as a pitcher.

While there is always the potential in the future to draft the players that choose to go to college rather than accept relative chump change for signing as an undrafted player, if baseball is the only sport that pulls something like this it might discourage multi-sport athletes from playing baseball in the future, seeing a better potential career in a different sport.

Drafting and developing players is more cost-effective than trying to build your club with free agent signings. Given that teams will likely be looking at decreased revenues for at least this year and probably next, also, this feels like baseball is shooting itself in the foot as a message to the current players how serious they are about their "historic" revenue sharing proposal.

Law also points out that the one good argument against drafting more players is that there may be no place for them to play this season. He's heard that there is talk of expanding the Arizona Fall League, but there are worries that Arizona isn't doing enough to keep the virus at bay.

To me, it would be the utmost foolishness for teams not to figure out how to develop their prospects in 2020, not just the June picks but the ones already in the system. I wrote about this a month ago. Even if you can't get actual league competition in Florida or Arizona, any team that wants to maximize their future will find some way of getting their prospects a chance to develop this year, even if it has to be strictly within their own complex. It would be negligence not to do everything possible to make this happen.

Also in The Athletic, this one from last week, Tim Britton had a good piece looking at the lack of pitching depth the Mets are facing after this season. Starting pitching has been considered a strength of this team for quite some time, although it always hasn't quite worked out that way thanks to injuries. Barring any contract extensions being handed out, the Mets will only have Jacob deGrom, Steven Matz and Noah Syndergaard under contract for 2021. Syndergaard is likely to miss the start of the season, and both he and Steven Matz can be free agents after next season.

That's not a lot of certainty going forward. I think they make a push to sign Stroman, provided current ownership does the right thing and sells the club. Britton suggests possibly trying to get Noah to agree to a short-term deal, which would be great, but Syndergaard strikes me as the person who would bet on himself rather than take a safe offer. Giving Matz an extension is also a consideration, but I'd be concerned about his injury history.

If I was the GM, I'd do my best to re-sign Stroman, probably try to get either Syndergaard or Matz to extend, and also look to short-term signings like the Porcello and Wacha ones going forward. I'd hope for David Peterson to earn a rotation spot, but accept that probably won't be until during the season in 2021 at the earliest.

There's not a ton of pitching depth in this organization right now, and the odds are that future Mets teams - even if competitive - are not as likely to be built around pitching as they have been recently

A few other odds and ends from the news. Japanese baseball is looking at starting up in June. As I previously pointed out about Korea, Japan is in a different place than we are in fighting this epidemic. Still, provided they can get past all of the wrangling about revenue sharing and attempt to play ball here, all of the data we can get from Korea, Taiwan and Japan can only help MLB makes their plans for keeping the players safe.

That's it for me today. Stay well, everyone. We'll see you back here tomorrow.