Monday Musings, My Aching Back Edition 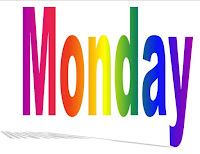 I had trouble finishing yesterday's post on the apparently quite polarizing Steve Trachsel. I tweaked my ancient back a couple of days ago, and then really aggravated things lumbar-related yesterday by cutting my lawn. Didn't have a choice, really, all of the recent rain had turned my lawn into a mini jungle.

Today I'm still feeling the after effects of that choice, so I thought I'd do a few short takes that would require less sustained sitting and moaning on my part.

The first thing that caught my eye today was this item in the New York Times. The German Bundesliga, their soccer league, has been gearing up to restart in June. They've been training for several weeks in preparation for that restart, but 10 positive tests for the Coronavirus among the players might put the brakes on that planned reopening.

That's a relatively small number of positive tests, as more than 1,700 players were tested, but it's concerning because their interactions during practices have been limited up to now. They've been practicing in groups of 5 or less. What happens when players get infected when they are practicing as a team and playing real games?

Germany has also been way ahead of the U.S. as a nation in testing for Coronavirus. It won't be a good sign for reviving sports here if they can't pull it off there.

I'm sure we'll all be watching what happens with Korean Baseball as well. It's a small league, consisting of only 10 teams. Korea, like Germany, is way ahead of us in testing and beating down the outbreak. Major League Baseball has a chance to learn from them and also the CPBL as to what it might take to play baseball again here.

If these two small leagues in places where the disease is more under control than here can't make it, I'm really pessimistic about our chances going forward. On the other hand, if they can make it MLB can at least follow a roadmap that can work. In the meantime, I think I might DVR some of those games on ESPN.

I saw this earlier today on the NY Post site. I know that someone else besides the writer does the headline, but the "ugly Yankees controversy" was kind of a silly take on what the writer describes in the article itself. Harvey apologized, Cano accepted it, and everyone moved on. In today's game, where players like Cano armor up and crowd the plate, getting hit with an errant inside fastball isn't exactly an uncommon occurrence.

I mean, seriously? What was the point of this story at all? I understand it's tough to come up with content these days, but sheesh.

Speaking of Harvey, I guess there was a debate on the SNY show Loud Mouths whether Harvey was "underappreciated  during his time in New York". I'm so tired of this brand of debate, where we create a straw man by lumping all New York Mets fans together in some sort of homogeneous mass, impart what we believe their opinion was, and then get to opining.

I'm sure Mets fans had many differing opinions of Harvey, and I'm also sure that a percentage turned on him when his career hit the skids.

My personal recollections of Harvey are quite fond. He came along during a terrible stretch of depressing Mets baseball and immediately gave Mets fans like myself a chance to look at the future with a sense of optimism again. His starts were must-see TV.

When he needed Tommy John surgery the following year it was devastating, but he came back after the year off to lead the Mets to the World Series. I remember the innings limit controversy towards the end of the season, and how Harvey kept pitching, as it turns out quite possibly at the cost of his career.

I also remember the big deal made by the local media over his partying and lifestyle. Imagine a twenty-something man who's got tons of money thrown at him living the good life and chasing after supermodels! Why didn't he spend all of his time in quiet Bible study like every other twenty-something guy?

I never cared about the off the field stuff. Finding things to criticize Mets stars about is a cottage industry in this town. They get built up and taken down in a way that just doesn't have an equivalent with Yankees players. That's just how it's been for a long time. I never got mad at Harvey for failing to overcome so many injuries and no longer being the Dark Knight. I believe he is currently unsigned, but I hope he makes it back to being at least a good major league starter again.

I hope he didn't spend all of the money, though. I loved the kid, but if someone tries to start a Go Fund Me page I'm going to have to pass. I've got problems of my own. Sorry, Matt, I always appreciated you, man, but when it comes to maintaining that celebrity lifestyle, you're on your own.

Thanks for comments, both good and bad, about the Trachsel piece from yesterday. I know not every fan retains a soft spot in their heart for the slow poke righty, but I guess I just can't help myself.

One thing that always fascinated me about guys like Trachsel is what happens when they lose some velocity, as Trachsel did after the 2004 back surgery. You would think a couple of miles an hour wouldn't matter as much to a finesse pitcher, but it really does. Hitters can afford to wait on you that much longer, your curveball doesn't break as sharply, and you're forced to nibble at the corners so much more, leading both to more walks and higher pitch counts.

I thought the same thing happened to Al Leiter when he lost velocity. Bartolo Colon made the transition from hard thrower to finesse pitcher, but he experienced some rough years in the middle of his career while making the transition.

By the way, when I Googled Trachsel's stats  to write yesterday's post, I found a couple of excellent posts on his career. Both this one by Steve Sisto at SABR and this one by Joe Vasile at Mets 360 were very well-written and much more detailed looks at Trachsel's entire career than anything I attempted in my post yesterday.

Take care, everyone. Stay well. I'll be back tomorrow.