Cutting Through All of the Nonsense 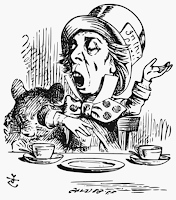 Today at The Athletic, Ken Rosenthal and Evan Drellich are reporting that MLB has backed away from demands for a revenue sharing plan, and is prepared to offer the players an alternative tomorrow. Given the limited amount of negotiating time available to get a half-season and playoffs started, this is very good news. Revenue sharing was always going to be an incredibly tough sell. Other than a silly, overblown controversy over an alleged "smoking gun" email, little of consequence came out of these last two weeks of PR wars.

As best as I can understand it, the new proposal might be a return to the prorated pay idea that the players want to keep, with the possibility that some of the money would be deferred to a future time when, presumably, the clubs would be under less financial pressure than they are during this pandemic. If that is the case, it seems like a reasonable accommodation on both sides. I'm looking forward to the release of more details as they come out.

There are some caveats, of course. Aren't there always? Rosenthal and Drellich report that, while deferred salary seems to be preferred by the players, some owners feel that this just puts off the pain until a later date. Bobby Bonilla was unavailable for comment on the owners' historic reluctance in this matter.

Not at all surprising is the report that the League failed to respond in full to the union's request for corroborating documentation of the owners' version of their clubs' financial plight. That was never likely to happen. Club owners never want to open their books completely. Among other things, they probably feel if the true numbers were available it would give agents more leverage when they were negotiating with clubs. If MLB continued to insist on a revenue sharing proposal without supplying full documentation, we were probably looking at fruitless, protracted negotiations while the window of playing ball slowly slipped away.

It's useless to speculate on how this might go. I'm sure that these negotiations are still going to be incredibly difficult, and could fall apart quite easily if the two sides allow themselves to be entrenched into opposing positions. At least in my personal opinion, it's important to figure out a financial solution soon. There is so much to be worked out with the health and safety protocols and the complicated logistics involved with trying to play. Both sides suffer significant harm if they can't pull something together.

Rosenthal and Drellich spend some time looking ahead to the implications for the coming off-season and next year's season. While the current season is of the most concern, players are worried that the ongoing financial shortfalls will significantly affect the amount of money offered for new contracts. Frankly, I personally can't see any way to avoid that.

Even if a few teams try to breathe some excitement by bringing in a star or two to play for them, I would bet that there would be a significant number of teams that will be shopping in the bargain aisle with a very limited budget. A lower number of teams in play can't help but depress the market.

I imagine that there still might be some significant money for a player like Mookie Betts. Signing a great young player in his prime could energize a club's fans the way Carlos Beltran's signing electrified Mets fans back when. Beyond Betts, it gets a lot murkier. Then it would very much depend on which teams decide they're willing to spend, what they feel their needs are, and what it's worth to satisfy those needs.

This is my speculation here, but I foresee a good amount of 1-year deals. Players will get a chance to prove their value and postpone cashing in to a time when the financial picture is clearer and, hopefully, more positive. I don't foresee too many players with opt-out clauses going that route during this mess. I think there will be more non-tendered players than usual as clubs lean towards saving money on close decisions. I think it will prove easier for players who are at the bottom of the market to find a taker over those in the middle.

What intrigues me somewhat is the question of young star players who haven't attained free agent status yet. Will clubs still offer bridge contracts that buy out early years of free agency by providing some certainty in the short term, or will they be more amenable to just postponing these decisions to (hopefully) better times? These contracts have served to limit the free agent market somewhat, particularly for players in their prime.

It's going to be a tough time to run a club, obviously, but I think that smart teams are going to really have an opening to improve their competitiveness going forward over clubs that are primarily looking to cut corners and save pennies. If the Mets ownership doesn't change, my great fear is that they will fall squarely into that second category. But that's a concern that will always exist until the team is sold.

One last interesting point of contention that I really hadn't considered was that it would likely be the players who would be interested in more regular season games, particularly if salary is based on the percentage of games played. For the owners, more games would increase the chance of something happening to prevent the playoffs, such as a possible second wave of COVID-19 hitting the US in the fall. The owners see regular season games as a money loser for them, expecting to make most of their money from postseason play.

I understand that, but if they're not going to play in front of fans in the playoffs, that might be the time to implement a closed-system, single venue setup similar to the Arizona plan that was tossed around back in late March/early April. With fewer teams there are less people to worry about and a much more limited time to have to protect them.

Honestly, from my standpoint as a fan, I'm not sure how much more valuable an 82-game season would be to me than a somewhat shorter one. However, if I'm an owner counting on playoff revenue, the more truncated the regular season turns out to be, the less valid any playoffs would seem to be. Baseball has always utilized a marathon of a season to determine which teams advance. The shorter the season, the less legitimacy any slate of playoff teams could claim.

I'll certainly be keeping an eye on this over the coming week. As Rosenthal and Drellich conclude in their piece, "this is the week when actual progress is required." I couldn't agree more.

At Mack's Mets, John from Albany links to the story of a local hero. Sometimes Memorial Day becomes just another 3 day holiday weekend, and it's important to remember that it means so much more. To any veteran who happens to read this, thank you for your service. I never want to forget that the bedrock of any true freedom that I possess is the sacrifice of those who made it possible.

Stay well, everyone. I'll be back tomorrow.