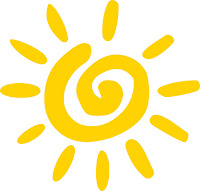 I saw the comments that the Rays' Blake Snell made about not being willing to play baseball for less pay on top of the cut that a salary prorated for games played would entail. His words were certainly unartful, but I doubt if he's the only one feeling that way. The combination of being paid less money while risking your health, your life and your family is an equation every player will need to grapple with if baseball returns this season.

He's taking a lot of heat for those comments, although he later walked them back somewhat, but the basic question, why should I take on so much risk for a drastically reduced pay check?, is a valid question that many of us will have to ask ourselves at some point.

I have an opportunity to go back to work in early June for reduced pay. I'm going to take that deal, because the guy I work for isn't a billionaire and I know that the money won't be there at first to pay me at more former level. I need a paycheck, so I'll bite the bullet and go back. However, as long as things rebound and my company is making more money, I will be asking for my old pay back. If that doesn't happen then I will start considering other options.

The decision whether to return to work for less money while taking on personal risk is a complicated one, and it wouldn't surprise me at all if some of the players choose not to do it. I strongly suspect that the ones who make that decision will be criticized and made scapegoats. In the case of Snell, his mistake was that he gave an honest answer to a question. He's being portrayed as a bad guy, but he's only saying out loud what other players are thinking.

The league argues that it's not worth it for them to play baseball while losing the revenues from fans attending games at the ballpark. The owners say if they can't make money than they don't want to restart baseball. I would point out that position isn't all that different than Snell not wanting to take on substantial risks for less money. Players aren't trained diplomats or public relations pros. While they get criticized at times for mouthing platitudes and carefully avoiding candor in their responses to questions, what's happening to Snell is the reason that most players don't freely share their opinions.

I still think there will be an agreement, although I am coming around to believing that the start will be later than July 1, maybe considerably later if both sides remain entrenched in current positions. I have a few thoughts on how to bridge some of the contentious obstacles to a deal:


I'm holding out a lot of hope for baseball's return this season, but there are huge obstacles, both financial and health and safety related, that stand in the way.

Shifting gears a bit, I found the comments from Illinois Governor J.B. Pritzker at a news conference yesterday quite interesting:

"I realize that the players have the right to haggle over their salaries, but we do live in a moment where the people of Illinois and the people of the United States deserve to get their pastime back, to watch, anyway, on television..."

"If they're able to come up with safety precautions, as has been suggested by Major League Baseball, that works, I hope that the players will understand that the people of our United States need them to recognize that this is an important part of leisure time that all of us want to have during the summer, to watch them play baseball, to root for our favorite teams...

We need that back, that normalcy back, and I hope they'll be reasonable as they negotiate. But I must say I'm disappointed in many ways that players are holding out for these very, very high salaries and payments during a time when I think everybody is sacrificing."

He walked those comments back quite a bit after drawing hefty amounts of criticism. To me, the  comments of a man who is worth billions and is an heir of the family which founded Hyatt Hotels was quite ironic. Maybe Governor Pritzker can reach out to the other members of his family who also enjoy an incredible amount of inherited wealth and pass the hat around to bring baseball back to the rest of us. Then we don't even have to talk about any of this stuff any longer.

I thought the use of the word "haggle" was a loaded word, and represents the disdain of people like Pritzker who grew up with wealth and privilege feel for the rest of us. The players weren't haggling over the price of vegetables at a market. They negotiated contracts with ownership. What the owners are asking for now is for the players to take even less than the percentage of their contracts tied to games played to which they already agreed.

And then to have a billionaire who was born into a life of wealth and privilege say he was "disappointed in many ways that players are holding out for these very, very high salaries and payments during a time when I think everybody is sacrificing" was tone deaf to the extreme. Pritzker's definition of personal sacrifice probably entails selling off a yacht or multi-million dollar vacation property because his stock portfolio took a hit. Still, I feel confident that he is still worth billions now and will be when this is over. That gives him a nice, safe platform where he can look down at any of the rest of us, including ballplayers, and judge us for what we do to make our lives as good as possible.

The Governor sees things so strongly from the owners' point of view because he's a member of their extremely privileged class. They see a world built around what's best for them, then criticize others for greed. Give me a break.

The bottom line is that I hope that MLB and the players come to terms on something that offers both sides the feeling that they've done as well as possible, keeps players and others around them safe and allows fans like me to watch the Mets play ballgames this season.

That's it for me now. I have to take the meds that are finally starting to get the sciatica condition that I am suffering from under control. If I can, I will post something else today. If not I will definitely be back tomorrow. Stay well, and take care, and thanks for stopping by this space.