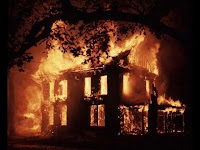 A couple of weeks ago there was abounding optimism that an agreement would be worked out and we would see Major League Baseball in 2020. Recently, that optimism is deflating faster than a week-old Mylar balloon. Buster Olney is the latest baseball writer to express his incredulity that we don't seem to be getting any closer to an agreement between the owners and players.

Olney's main point is that both the owners and players must see that, if an argument over money is what keeps baseball dark this year, the fans won't forgive them whenever Major League Baseball does get around to coming back. It's a valid point, particularly if other sports manage to maneuver their way back into the public eye this year.

The concern that Olney expresses comes from conversations with people on both sides that are fairly moderate in their viewpoint. These moderates are having a difficult time seeing how this all gets worked out. Meanwhile, the implications aren't only for this year, but next year, also. The current agreement with the players expires in December, 2021. If this season goes down the tubes, a 2021 season might be threatened by proximity to the expiration of the contract and the fear of both sides that concessions made either this season or next put them in a weaker position when they're negotiating a new agreement.

I think that one of the key points of this article is the one Olney makes about the owners:


Sources say there is a group of owners perfectly willing to shut down the season, to slash payroll costs and reduce losses, and the disparate views among the 30 teams have been reflected in the decisions to fire and furlough. The Pirates' Bob Nutting used the shutdown as an avenue to suspend team contributions to employee 401K plans -- savings best measured monthly in the tens of thousands of dollars rather than the millions that would actually be difference-making for a franchise probably worth at least $1 billion. The Oakland Athletics' John Fisher decided to eliminate the $400 weekly salaries of minor leaguers, which might save the franchise about the amount of the team's unpaid stadium rental bill. On the other hand, clubs such as the Tigers, Padres and Royals demonstrated greater humanity, with the Royals' John Sherman deciding to pay his minor leaguers.

If you are old enough to remember back to the 1994-1995 baseball strike/lockout, one of the main contributing factors was a group of very radical owners that wanted to implement revenue sharing and a salary cap. Then, as now, owners can't trust each other not to continually escalate bidding on free agents, so they wanted to force a cap on spending into their labor agreement. In 1992 they forced out Commissioner Faye Vincent, who was seen as sympathetic to the players. When negotiations for a new agreement began, they were very much dominated by the hardline owners. The Wikipedia article on the strike is solid and fairly comprehensive, if you're interested in digging a little deeper.

Returning to the present, if the group of hardline owners is able to control MLB's side of the negotiations, we're in big trouble. I can see a scenario where no agreement is made to play ball this season, and no progress gets made going into the 2021 season. Failing to learn from the 1995 fiasco, owners attempt to bring back Major League Baseball with replacement players. All but the most hardcore of fans, already disenchanted with baseball from its failure to return in 2020, respond with a collective "meh", and turn the channel to watch the Pro Bowlers Tour or Australian Rules Football.

At lease according to Olney, the owners still think that the "smoking gun memo" will be some sort of game-changer for them. To recap, it's an internal memo, written by someone on their side during the early negotiations, that states their belief that the players understood that there might be a renegotiation if games were played in empty parks. If true, it proves that the union was disingenuous when they claimed that their understanding was that pay prorated by number of games played would be the only concession players would make on pay. As I've previously stated, it might be a bit of an embarrassing gotcha moment for Tony Clark, but it doesn't force the union's hand to where they have to agree to anything.

Frankly, the only reason I revisited this whole labor negotiation again at all was that I thought Olney had some interesting points in his article that sparked some thinking on my part. My bottom line remains the same. Owners have way more to lose than players. They might cause these ballplayers a good amount of pain in the short term, but the damage that they're doing to their asset, the billion dollar ballclub that they own, will reflect negatively on their bottom line for years to come. As someone that owned a much smaller business for years, that's just crazy to me.

Any money these owners could possibly save, even if eventually they somehow get players to agree to a salary cap that's tied to virtually undocumented revenues, they will lose because the franchises and the game itself will be very much diminished. I'm a diehard baseball fan, and I won't even come back if they field replacement players. But I undoubtedly will come back once real baseball is being played again, whenever that happens. I love the game enough to get over my frustration with all of this nonsense.

Plenty of others will not make that same choice, however. Casual fans are already turning away from baseball. This will only accelerate the process. Younger fans see baseball, yawn and turn away. They're not interested in watching a batter step out and adjust his batting gloves between every pitch of a long at bat. They're not willing to give up 3 1/2 hours of their lives to watch a 9-inning game. If baseball goes dark for this whole year and into next, these owners are going to lose a lot of money. Not just this year or next, but for years to come.

On the other hand, it might not be so bad for die hard fans like you and me. Let say at some point, a few years down the road, your New York Mets are in the World Series. We all appreciate that we can watch World Series games in the daytime, just like olden days, because no network wants to bump prime time programming for baseball. We turn on the TV to watch the pregame, and are told that many discounted tickets are still available if we feel like going to Citi Field and watching the game in person. We consider it, but we don't feel like making the effort. Maybe next game...

I hope cooler heads prevail. I want to blog about baseball again. Real baseball, current baseball, 2020 baseball. If the majority of MLB owners are smart, they'll figure out how to get the game on the field and keep it there. There are tough times ahead, and no need for some stubborn knuckleheads to make things even tougher. If you own a baseball team, do what you need to do to protect your valuable asset. If you fail to do that, look no further than your mirror for someone to blame.

I don't want to see baseball drive off a cliff, but I can't help thinking that if the game takes a hit financially and in popularity, that won't necessarily be a bad thing. If baseball becomes less lucrative, it might again draw in people who truly love the game into buying clubs, rather than carpetbaggers just looking to cash in.

I wouldn't mind seeing fewer games on national TV. Maybe if a New York Met breaks a record down the road, we won't have to endure a boring interview with some player on the other team during the at bat. Thanks, FOX. Also, how about no more Sunday night games? A parent can plan on taking their kids to the ballpark without worrying about ESPN swooping in and changing the start time to 8 PM.

I'm not letting players off the hook for their part in this stalemate, but in the end, if we play ball at all this season, it will be because the less hardline owners realize that it's very much in their own best interest to keep baseball on the field, this year, next year and for all of the years to come.

That's it for me today. I'm putting the finishing touches on another look back to 2005. It will likely post tomorrow, unless something truly newsworthy and game-changing happens in the negotiations. Please stay safe and well. I hope to see you back here soon.