Driving Off a Cliff

There has been quite a bit written the past couple of days about how the Player's Union has reacted to the rather outlandish proposal MLB dumped on them this week. As Jeff Passan wrote for ESPN yesterday, the extreme position taken by the owners had the opposite effect that MLB probably hoped would happen. Union moderates that supported reaching a compromise the most were alienated and more or less driven back into the arms of hardliners.


If you haven't been closely following what's been happening in the negotiations, here is the basics of what MLB offered the players Tuesday:


I haven't read a single pundit who believes that MLB's offer is serious. While it is normal in negotiations to stake out a position that you know you can't get and try to come to terms at some sort of middle ground, this is far beyond that. If you were a star ballplayer with years remaining on your big money contract, would you risk your life and career for 10% of your pay? If it was me, assuming that I haven't spent every dollar I've already made, I'd sit the year out. 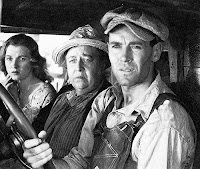 I want to stress, as I did in yesterday's post, that I don't see the Major League ballplayers as the equivalent of the oppressed Depression Era farmworkers of the Grapes of Wrath. The major league minimum salary is over $500,000. Even 45% of that puts someone in the top 5% of wage earners in the United States. I'd point out, however, that the only reason they're making so much is because they are making money for their club far in excess of what they're being paid, particularly those at the low end of the scale.

None of us own a ballclub, so we will all share the distinction of having absolutely no say in how these negotiations are handled. It would seem to be that we have returned to a place where baseball has often found itself in the past: where the most hardline of the owners want to dig their heels in and force the union to capitulate to the hardliners' vision of the game. In the past, when they control negotiations, they have never hesitated to bring the game to a halt in order to try to achieve their goals. I hope that's not what we're seeing now.

The history of the negotiations from the management side has been troubling so far these past two weeks, at least to those of us hoping to see baseball return.

In his ESPN piece, Passan reports a "dark feeling" around baseball as individuals on both sides see the harshness of MLB's proposal as a "turning point" in negotiations. I know I felt the same way when I read it.

When hard details of the owners proposal came out on Tuesday, I was putting the finishing touches on the latest post in my series on the 2005 season. One advantage in writing this series is that anything I write for it can be bumped to the next day if something of immediate importance came up. My initial reaction was to save the Kaz Ishii post and write my reaction to MLB's financial proposal. That I made the choice not to wasn't based on any personal doubt that the proposal was an important story, but rather that it was so extreme that it would not push negotiations forward an inch. Moreover, the optimism that I've felt all along that a compromise would be reached was evaporating fast.

I'm not sure that the two sides can find a middle ground if they are starting at such extremes. The players want to play as many games as possible for their full prorated salaries. They want to make as much money as possible for themselves. So do the owners, but they see postseason play as their biggest payoff. More regular season games just increase the chance that the season will be disrupted and the postseason won't happen. Neither side's desire to do what's best for them is inherently wrong, but neither is coming from a place more noble than the other, either. MLB's desire to portray players as bad guys is completely unhelpful.

I am definitely in the category of those who want baseball to return. I want the game that I love to be a distraction from the day to day harsh realities of life in a pandemic. I know that, even if baseball does comes back this season, the product won't look or sound the same, but I'd very much appreciate what I could get.

I'm also careful not to place a higher importance on baseball's return than it deserves. With over 100,000 COVID-19 deaths in our country, and plenty of folks finding themselves in extreme financial duress, baseball coming back ranks way below our lives and our futures. We, as individuals, have had little control over much of the situation we currently find ourselves in. Contrast this with Major League Baseball, which seems to be intractably entrenched on a course that ends up shooting itself in the foot.

I firmly believe that baseball will do incalculable damage to its future by staying dark for all of 2020. It took attendance 12 years to recover from the last time MLB went dark for an extended period of time, the 1994 strike/lockout. If no games are played this season, baseball will be away for twice as long as it was then. If that's not bad enough, when it returns it will be to a country in the midst of what will be at least a bad recession, if not an actual Depression. Those high-priced ballpark tickets are likely to be in lower demand as average folks balk at paying a huge chunk of change in return for a day at the ballpark.

If you own an MLB franchise, you should be doing everything possible to lessen the hit your business is likely to take in that financial climate. Not going dark for all of 2020 would seem to be a vital part of that strategy.

I would assume that MLB revenues would take a hit in 2021 in a tough financial climate. Now add in the likelihood that we might not be looking at full ballparks. Even if a vaccine is developed that successfully protects against COVID-19, it would have to be produced and administered in staggering quantities to protect everyone and make real, true normal life possible again. Is this all going to happen in less than a year from now? Nothing wrong with being hopeful, but I'd hate to bet the fate of my billion dollar MLB franchise on it.

So again I circle back to the fact that the owners, in it for the long haul, have the most to lose by any failure to bring the game back this year. I'm just not sure that it matters any more, if the hardliners among ownership prevail in a Thelma and Louise style excursion into oblivion.

I'm out for today, thanks for stopping by. Please stay safe. I hope to see you back here soon.