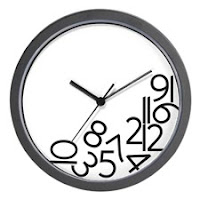 In The Athletic today there was a feature on Jose Lima by Pedro Moura. If you weren't around for the 2006 season, or you've successfully managed to block out all of the ugliest memories from that year, that name might not mean too much to you. For the rest of us, the words "Lima Time" can cause a cold sweat to break out along with strong feelings of impending dread.

When Omar Minaya was hired to be the GM of the Mets in the fall of 2004, he inherited a team that featured two young players with a future: Jose Reyes and David Wright. Besides those two, there was really very little upon which to build. Check out John Sickels' top prospect list from February of 2005 to see the state of the farm system. The major league roster was quite thin on talent, too. The rotation and bullpen featured a frightening potpourri of has-beens and never-weres, with only a sprinkling of potential useful pieces mixed in.

I think most baseball lifers would have looked at what was there and decide that a slow rebuild was in order. Restock the farm, build up some sort of a base, and then go for it when the time was right. That Minaya elected to go 180 degrees in the opposite direction was what made that short era of Mets baseball both wonderful and quite awful. It's part of the reason I elected to do a series of posts on that first Minaya team in 2005.

The Mets creeped back to respectability in 2005, but the addition of Carlos Delgado and some bullpen reinforcements the following off-season metamorphosed the 2006 Mets into a true contender. The lineup was formidable, the 'pen was solid, but starting pitching was always a potential Achilles heel.

Pedro Martinez' body proved unable to hold up in his second season in New York, Tom Glavine was merely adequate, Victor Zambrano fell to Tommy John, and Steve Trachsel was past his time as a decent starting pitcher. Injuries and ineffectiveness turned the Mets rotation into a revolving door. Thirteen pitchers started games for the eventual 97-win club, including an ancient but effective Orlando Hernandez, young John Maine, Alay Soler, Oliver Perez, Brian Bannister, David Williams, Mike Pelfrey and Geremi Gonzalez. Most of the fill-ins ranged in effectiveness from pretty bad down to dumpster fire bad.  None were worse than Jose Lima.

Lima wasn't just bad, he was spectacularly bad. I am haunted by the specters of what feels like dozens of truly abysmal pitching performances by Jose Lima in 2006, despite the fact that Baseball Reference tells me he only made four starts as a Met. It honestly shocked me that it was only four.

Ah, but they were bad starts. All losses, all completely ineffective, the bad numbers only begin to tell the story:


Pretty ugly, right? And yet, watching Lima pitch was worse than the numbers suggest. To the eye, he literally had nothing with which to get major league hitters out. Below average fastball, shaky secondary pitches, abysmal control. Every out he managed to accumulate seemed like an act of God. A scoreless inning would cause people to see the face of Jesus in their grilled cheese sandwich. A win? You'd have a better chance of getting one of those by stealing a pitching machine from a batting cage and putting it on the mound.

What fascinated and horrified me the most about Jose Lima, however, was that, no matter how terribly the game went, Lima was a consumate showman on the mound. His gestures and antics betrayed the fact that he was, at some basic level, enjoying every second of his time out there. If you could look into his mind, I'm sure that he believed he was one pitch away from turning things around and demonstrating his true wizardry and mastery of the game - right up to the second that Willie Randolph showed up to mercifully bring his outing to a close.

I have to confess, as much as I knew any game that Jose Lima started was practically a guaranteed loss, I couldn't help but root for him. I couldn't help but admire him in a way. You never saw defeat in the guy's eyes, even as everyone else in creation knew that it was most decidedly not Lima Time. It would have been a great story if the results even came close to matching the piece of performing art standing out there on the mound. It would have been the stuff of legends.  But the truth was that Lima had exhausted all of his magic long before his time with the Mets.

Jose Lima lasted 13 years in the majors. He won 20 games once. He won a huge playoff game with the Dodgers. Yet he managed to be an average or above average pitcher by ERA+ only four times. Most of the rest of the time he was far below average. The fact that so many teams in so many seasons gave him the chance to stink the joint out year after year was a testament to the totally unshakeable, absolutely unjustified confidence he had in himself.

I took a day off yesterday. Not from writing, but rather from being focused so strongly on the minutia of Major League Baseball's efforts to make it back onto the field. Thanks to those of you who indulged my little mental odyssey through time. It was fun and therapeutic for me, reminded me of things I used to write when I was a teen. I could almost hear the gurgling of a bong hit and smell the incense burning in the background as I typed.

I don't seem to have missed much in the day that I was away. The issues continue to be what they were, and there isn't a sense that anything is going to happen very quickly. The financial differences are still the same. There isn't an obvious midway point between the 2 sides that would allow for a quick and easy compromise. The health and safety hazards remain, too. While Major League Baseball's proposed protocols for keeping the game safe seems impossibly draconian, they're almost undoubtedly not going to be enough to keep the virus outside the door.

In an article today in The Athletic, Andy McCullough and Marc Carig interview experts in epidemiology and public health, and the bottom line seems to be that implementing these protocols, while important, won't be enough to keep the game completely safe. There will be too many moving parts involved, too many individuals making independent decisions that affect others, too much disparity between all the various localities that the teams call home.

This quote from Dr. Neel Gandhi, a professor of epidemiology, seems to me to hit at the crux of the problem:


"The real jeopardy is probably in a couple weeks in, when people start to feel more comfortable, nothing awful has happened yet... People start to let their guard down."

The consensus of the experts seems to be that baseball would do better by holding off the season for a month or so and striving to get to a point where those inside of the game could be tested daily, or at least as close to daily as the number of available tests make possible. It makes sense, because, as Dr. Gandhi noted, even if you could get literally everyone involved to buy into all of the precautions and follow them to the letter from the start, success in preventing the virus would almost undoubtedly cause a few of them to become complacent and less scrupulous in adhering to all of the restrictions.

Given how hard all of this is going to be, anyway, I'd lean towards waiting a little longer for baseball to return. Especially if doing so significantly increased the chance of keeping it around once it did. I think most fans would feel that way. Given the vast distance between the sides on money, that early July start date seems a bit chimerical, anyway.

Thanks for stopping by today.  Hope to see you back here tomorrow. Please stay well.