Rob Manfred Is Feeling the Heat 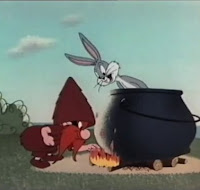 In yesterday's post, I made a point about the failure of Baseball Commissioner Rob Manfred to be a leader as the negotiations between MLB and the Union deteriorated into a debacle. The players are angry, of course, accusing Manfred of purposely putting off a decision on the schedule until enough time goes by to make the 50-game slate many of the owners desire a fait accompli. It's hard to argue against this charge, as Manfred quickly backpedaled from his "100 percent assurance" that games would be played once the players challenged him to set a schedule with enough time to easily fit in more than 50 games and still keep finish Playoffs in October. Even former GM Jim Bowden made the same accusation on Twitter:

MLB couldn't implement a 48-52 game schedule at this time in the calendar without losing a grievance to the players since a schedule between 64-72 games can easily be fit in between now and Sept. 27th. Therefore, another delay tactic until the calendar is more friendly
— Jim Bowden (@JimBowdenGM) June 15, 2020

As far as Manfred's failure to lead, Joel Sherman made a similar point in an article posted last night:

It is understood that Manfred represents the owners. He was hired and can be dismissed by them. His pay is decided by them. But I am going to give a quaint concept: The role of the commissioner of Major League Baseball was created at one of the lowest points in the sport’s history — much like today — in the aftermath of the Black Sox scandal. To take the job, Kenesaw Mountain Landis requested sweeping powers to act “in the best interest of baseball.”

It's an important point. No one is pretending that the Commissioner's office was ever completely independent of the owners. As Sherman points out, the fact that the Commissioner is hired and paid by the owners is always going to preclude that office from being seen as an impartial position, but it's gotten to the point where the Commissioner's office has become so weak that Rob Manfred is seen as simply a tool of the club owners. Sherman challenges Manfred to act in the best interest of the game and work to bridge the gulf between the players and the league.

In an article posted today on The Athletic, Ken Rosenthal penned a rather scathing rebuke of Rob Manfred's actions so far. Starting off with the premise that Manfred must either reach a deal with the players or ruin his legacy as Commissioner, Rosenthal criticizes the way Manfred and MLB have conducted themselves during these negotiations:


Baseball is a business, we all know that. But it is a business that former commissioner Bud Selig describes as a social institution with social responsibilities, a business that holds an antitrust exemption, distinguishing it from every other professional sports league. Such a business should hold itself to a higher standard, but in these talks, if you can even call them that, Manfred and the owners keep sinking lower. Unless making dead-on-arrival proposals, tone-deaf public remarks and other assorted blunders is your idea of negotiating savvy.

Later in the piece, Rosenthal unloads on Manfred's leadership:


The best commissioners offer statesmanlike presence and superior vision. Few ascribe those qualities to Manfred, and few would argue baseball is in a better place since he took over for Selig on Aug. 14, 2014. Rather than simply enjoy the fruits of the 2016 CBA, a lopsided victory for the owners, the clubs have gorged on them, alienating the players. And once again, they are valuing their own short-term interests over the long-term interests of the sport.

When level-headed veteran baseball scribes like Sherman and Rosenthal offer similar harsh criticism of the Commissioner, we'd all do well to pay attention to what they're saying. Neither Tony Clark nor Manfred have covered themselves in glory during the past month, but while Clark at times seems a little overmatched in his position, Manfred has cast serious doubts on whether he is capable of rising to the occasion when the game of baseball cries out for real leadership. If I was a club owner, particularly one of the moderates, I'd be asking myself now if I really wanted Rob Manfred to be leading the sport through the next Collective Bargaining Agreement.

There have been rumors all along that a few hardline owners are driving the demands that players take a pay cut from prorated salaries, and are even said to prefer not to play games at all if the players are unwilling to concede the point. There is the perception that Manfred is too deferential to this faction, wanting above all to keep his bosses happy. The end result of the hardball tactics utilized to cater to the hardliners has only served to unify the players, when in fact they were far from united when these negotiations began.

I wonder if the more moderate owners, who understand how bad baseball has looked to the public during these negotiations and understand what a disaster it would be if no season was played at all, are willing to step into the leadership void left by Manfred's woeful performance. There was an article on ESPN from late this afternoon quoting Yankees president Randy Levine calling for talks to resume. We'll see if more of the moderate clubs are heard from in the coming days.

Look, I honestly believe that Rob Manfred has already demonstrated that he is not the right man for the job. He came off as quite weak during the investigation of the Astros and the Red Sox. He spent so much time with his face buried so deeply in Jim Crane's posterior that you can still see the faint outline of buttcrack on his face. Now he has allowed these critical negotiations to become a huge black eye for the sport. These are undoubtedly incredibly difficult times. Small men who are not up to the task are always exposed by times like these. Right now, that's Rob Manfred's legacy.

We wrote a little on the Wilpons at the tail end of yesterday's post. They reportedly aren't going to be doing a lot of spending over the winter if they are unable to sell the Mets. Now there's an article in the New York Post today reporting that they are attempting to postpone the deadline of a $250 million loan from the end of July for a year. That's fairly understandable, given what's going on right now.

There was a quote from an unnamed banker stating that this move showed that the Wilpons aren't expecting a sale soon. While that could be the case, I would argue that the Wilpons wanted to remove the leverage that a potential buyer would have, knowing they had a huge payoff coming due quite soon.

The pandemic has certainly hurt the value of the Mets when it comes to selling the team. The Wilpons are likely to do everything in their power to get maximum value for the club, whatever that might be now. Somewhere, Steve Cohen must be chuckling to himself. The Wilpons should have taken his $2.6 billion and ran with it. Their attempts to retain post-sale control certainly cost them hundreds of millions of dollars.

That's all for me today. Thanks for stopping by and giving me some of your time. We'll be back with a new one tomorrow, hope you'll come by and check it out. Please stay safe, stay well and take care. Better days are coming.