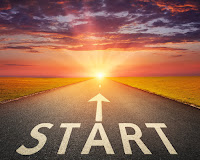 After weeks of endless posturing and little accomplishment, we now find ourselves at the dawning of something new and almost unfathomably different: a 60-game baseball season beginning near the end of July, played in empty stadiums with a slew of odd health and hygiene rules and some basic changes to the structure of the game itself. I've been a baseball fan for over five decades, and nothing that I've been through in the past will in any way prepare me for what is to come.

There have been work stoppages and curtailed seasons before. Hell, there was a time when it almost seemed weirder to have a season unaffected by labor/management strife. Even when there weren't actual strikes or lockouts there always seemed to be the imminent threat of one looming over the summer game. That feeling that baseball was always on the precipice of being yanked away from us eroded our love of the sport.

What we have now is many times worse. First it was the coronavirus that stole the end of spring training and then spring itself from baseball fans. Next we were treated to helplessly watching selfish men put their own petty concerns ahead of what was in the best interest of the country or, for that matter, even the game that they were supposed to steward. After endless weeks of that, we were finally gifted with a season that was imposed rather than agreed upon - one that may be cancelled any time, even before it begins, if the coronavirus manages to overcome the myriad health and safety protocols. Even looking past this singularly odd season, there is nothing but uncertainty about what the future may hold for ourselves and this game that we still, despite everything, love deeply.

We know spring training will start next week. Well, it will be kind of like spring training, only it's now summer, and the prelude to the season will take place in home parks rather than spring training facilities, since both Florida and Arizona are both seeing a dramatic increase in COVID-19 cases. Summer Training will only last for three weeks. Even if we assume that most players have been doing their best to stay in the best shape they can, it's likely that most pitchers won't be ready to go deep into ballgames for a few starts. This can wind up having a big effect on a season that's only a couple of months long.

Some hitters are notoriously slow starters, and depend on the normal 6 weeks of spring training to ease into the season. There will be no such luxury this year. A batter that starts slowly and struggles for the first month will have the added pressure of knowing that half the season has already gone by. Everything good or bad, for players and teams, will be magnified by the reality of the compressed season.

Of course, all of the above is dependent on making it through the 3 weeks of spring training without large numbers of players being infected with the virus. There have already been outbreaks in some of the camps where some players were training. Since baseball is not quarantining the players into an enforced lockdown, everyone is operating under an honor system that can quite easily be undermined by a small number of the least responsible members. It will be miraculous if any team manages to make it through training, the abbreviated regular season and any ensuing playoffs unscathed.

If we make it into the season we will be presented with a game that looks and sounds quite different, along with rule changes that will make it all just a little weirder. Even as someone who is quite agnostic about having the DH in the National League, it will take me some time to get used to it. The idea of starting extra innings with a runner on second base feels quite Little Leaguey to me. I would have preferred that they just had ties if a game wasn't resolved in a set number of innings and kept everything else the same. Suspended games, on the other hand, make more sense to me than starting over from scratch. I thought baseball should have done that a long time ago.

I feel as if the bad vibes from the last few weeks have diminished my excitement for the upcoming season, but not as much as it seemed even a few days ago. As odd as 2020 baseball might be, it's pretty cool to watch it slowly get underway. As annoyed that I am over how things have gone down the last few weeks, it still feels undoubtedly comforting to anticipate it all beginning next week.