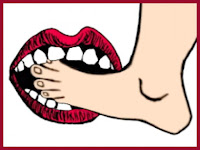 Rob Manfred went on the Dan Patrick radio show yesterday and essentially admitted that MLB never negotiated in good faith regarding the length of the season. So, basically, Manfred is letting us know that the excruciating weeks we just lived through, where MLB was constantly leaking offers for longer slates of games but included such poison pills as revenue sharing, drastic pay cuts beyond prorated salaries, and lower regular season pay if the playoffs were cancelled, was all just a huge waste of everyone's time.

We'll let Manfred's own words from the interview speak for themselves:


The reality is, we weren't going to play more than 60 games no matter how the negotiations with the players went... We're playing sixty games in sixty-three days. I don't see, given the reality of the health situation over the past few weeks, how we were going to get going any faster than the calendar we're on right now.

Of course, once the feces hit the fan, Manfred had somewhat of a retraction in USA Today, which often lately seems to serve as a safe spot for the commissioner. Manfred was, of course, claiming that he was simply misunderstood. In an effort to "clarify" his remarks on Patrick's show, Manfred was quoted:


My point was that no matter what happened with the union, the way things unfolded with the second spike, we would have ended up with only time for 60 games, anyway. As time went on, it became clearer and clearer that the course of the virus was going to dictate how many games we could play... If we had started an 82-game season [beginning July 1], we would have had people in Arizona and Florida the time the second spike hit.

I'm going to make some points here that I think are important:


Seriously, Manfred speaks with such authority about when the second wave of coronavirus is going to hit. If he has some inside information, perhaps he will share it with the rest of us. Even better, he could step down as commissioner and take over handling coronavirus response for the country. Maybe we could get someone in the commissioner's office who could give an interview without adding fuel to an already smoldering fire.

On Patrick's show, Manfred gave the following quote about the negotiations between MLB and the union:


Look, we did get a sub-optimal result from the negotiations. The fans won't get an expanded postseason, which I think would have been good with the shortened season. The players left real money on the table. That's what happens when you have a negotiation that, instead of being collaborative, gets into a conflict situation.

Again, could MLB have reached an agreement with the union that included the expanded playoffs that the owners wanted so badly if they had just counteroffered a season that went one week into October? If MLB was worried about protecting the postseason they could have moved it to a single site and quarantined everyone until their team was eliminated. This robotic insistence that the season end the last week of September rather than the first week of October took away the last chance at a mutually negotiated agreement.

Bottom line: I don't care what Manfred really meant. He continues to prove himself to be not up to the challenge of his job.

As I mentioned yesterday, Minor League Baseball officially announced the cancellation of their season on Tuesday. Not that this came as any sort of surprise, but it still was quite sad to see in black and white.

There are a lot of questions that surround the future of Minor League Baseball going forward. MLB already had a plan in place to cut down on the number of affiliates before coronavirus came along. When it was first announced, Minor League Baseball planned to fight this by lobbying Senators in affected states to pressure MLB to change their mind. The tactic would have been something along the lines of: "Say, MLB, that's a lovely antitrust exemption that you have. It would be a shame if something happened to it..."

MLB and MiLB have yet to begin negotiations on a new Professional Baseball Agreement, but it seems like a foregone conclusion that there will be contraction now. The Senators clearly have priorities far beyond MiLB affiliations currently.

Besides contracting some clubs, MLB also wants to have more control over affiliation agreements. They want to put an end to situations like the Mets experienced when their Triple-A team in Buffalo decided they were tired of the pitiful rosters provided by the Mets and decided to affiliate with the Blue Jays in 2013. The Mets were forced to settle for Los Vegas as their Triple-A affiliate, which put them quite far from the parent club, playing in a bad ballpark in the crazy offensive environment of the Pacific Coast League, for 6 seasons. In addition, MLB hopes to geographically consolidate affiliates nearer to the parent club, and also weed out some of the poorer ballparks in the process.

There is also a feeling on MLB's part that current system is inefficient, with far too many teams and too many players under contract. The Mets farm system in the states last year consisted of A ball affiliates in the Gulf Coast Mets that play in Port St. Lucie, the Kingsport Mets in the Appalachian League, the Brooklyn Cyclones in the New York-Penn League, and the St. Lucie Mets, which also play in the complex there. If the current plan is implemented, Kingsport and Brooklyn will be eliminated, leaving only the lowest and highest levels of A level clubs.

Some players are likely to be pushed ahead or possibly held back due to these changes. There will be fewer minor leaguers to assign to teams, but there is still likely to be some scramble for playing time. I could imagine some of the more raw players not being assigned to a team, but rather staying in some sort of extended spring training in the complex. I would also assume that clubs might tend to part ways with struggling young prospects sooner.

The implications for the towns and cities who lose their affiliations are quite drastic. There was supposedly a list of clubs that would lose their affiliation, but according to this Baseball America article by J. J. Cooper, there is no fixed list yet. There is not even a certainty that the previously reported 42 teams will be cut until a new Professional Baseball Agreement is finalized. Still, there was earlier talk that Kingsport would be one of the losers, and that the Mets' Double-A affiliate in Binghamton would lose their affiliation, with the Double-A team taking over Brooklyn. I'm sure the Mets would love a Double-A club in Brooklyn, which they own, but I'm also sure that would be quite a blow to the city of Binghamton, which has been the Mets AA affiliate since 1992.

There is talk that some of the municipalities that lose their major league affiliation could become part of an Independent "Dream League" where players who aren't drafted could perform and try to get the interest of a major league club. Unless MLB is willing to pump some serious money into the operation, this probably won't help these teams survive.

Look, I understand this stuff is all down the road, but if things proceed as expected and clubs lose their affiliation, I hope that MLB puts real money into this "Dream League" and helps baseball survive in these places. Minor League Baseball gives small cities and towns a reason to care about baseball, and this should have a real value to the folks that run MLB. Let's face it, any team that loses it's affiliation after losing a whole season of operation this year is extremely likely to fail. With the fan base of MLB constantly skewing older, every minor league team that offers local kids a chance to fall in love with baseball should be quite highly valued.

That's it for me today. Thanks for stopping by, please come back soon. In the meantime, please stay safe, stay well and take care. Have a great 4th of July.