The Mets Do Some Stuff Right 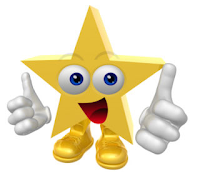 Tim Britton had a really excellent piece at The Athletic yesterday that went into a ton of detail about the Mets' successful 2020 draft. It was a fascinating read, primarily focusing on two men: Marc Tramuta, director of amateur scouting, and Tommy Tanous, Vice President of amateur and international Scouting for the Mets.

As we all well know, the Mets were faced with a huge challenge this year. Thanks to the coronavirus, the opportunity for in-person scouting was non-existent. With social distancing in place, they were unable to get the scouts together in a room to plot draft strategy. Like many businesses, the Mets depended on video conferencing software in place of in-person meetings. They also used zoom chats to interview potential draftees.

As important as all of this was, none of it would matter if the Mets didn't have a solid game plan. As with last year's draft, there was indeed a plan. Like last year with Matthew Allan, the Mets had a player in mind that they were looking to pay over slot value to acquire. This year it was J. T. Ginn, a 21-year-old college sophomore who was a first-round talent until he had to undergo Tommy John surgery this spring. They were able to draft three talents that they liked: Pete Crow-Armstrong in the first round, Ginn with their compensation pick for losing Zack Wheeler, and Isaiah Greene with their second round pick. Later picks were college seniors so they could save enough to sign Ginn overslot.


"As an agent and having advised a number of players, I felt like I had a pretty good understanding of not only draft talent but also what values can be assigned to individual players. So I was looking forward to working in the draft as a general manager... What I wanted to bring is an open mind to be as creative as possible. How can we get not just good players with every draft pick, but how can we move the needle by impacting the top of the organizational prospect system?"

For years it was obvious that the Mets were rather indifferent when it came to the draft. Some years they lost their top picks by signing free agents, and when they did have picks they didn't do much with them. There was a stretch from the early 1990s through the early years of this century when it seemed as if the club approached the draft and international scouting with no plan at all. While Brodie Van Wagenen can hardly take sole credit for the two successful drafts, he's done what a good leader should always do: put good people in place, listen to them and make them feel valued. Also it's important to finish the job when it comes to bringing the draft picks into the fold, which he did. He has the guts to make the play for upside and the skills to get the deals done. Credit where credit is due.

I've criticized Van Wagenen quite harshly in this space for the Cano deal. My criticism wasn't based on trading Kelenic. Teams trade top prospects for something they need now all of the time. My big criticism was saddling the Mets with an aging Cano at $20 million per year through 2023. Barring a huge turnaround from Cano and then sustaining it at least through 2022, this deal is going to hamstring the club for years to come. Seattle justified signing Cano to that 10-year-deal because they were hoping to get the value in the first half of the deal. Then BVW comes along, buys them out of most of the second half of the deal and trades 2 good prospects to top it off. They should build a statue to Van Wagenen in Seattle for that.

The Mets are likely to see a Cano this year and the next three that doesn't come close in actual value to the $20 million they'll be paying, and it's likely that he'll be given at bats at both DH and second base that would have more value given to a better hitter and defender. That's why the deal was so awful, no matter how Kelenic turn out as a player.

Having made that important point, the vast majority of what BVW has done since that deal has impressed me. I think he has a chance to be a real fine GM if he's given the chance. Of course, it's a huge question as to whether he will get that chance.

If you have a subscription to The Athletic, and you haven't read this piece yet, do yourself a favor and check it out. Props also to the area scouts mentioned who did much of the leg work on Ginn and Greene, Jet Butler and Glenn Walker.

It's been a bit of a crazy week for me personally. I received an email Monday and meant to post something about it sooner. There is a site named wizardworldvirtual.com that will be hosting live virtual Q&As that might be of interest to Mets fans. Tonight at 7 pm will feature Bobby Valentine along with Roy White and Jim Leyritz. Tomorrow (Thursday) at 4 pm, another live virtual Q&A will feature Ron Swoboda, Ed Kranepool and Art Shamsky. If you're interested in either or both, my friends at Mack's Mets have the whole press release posted here.


Jacob deGrom's MRI did not show anything concerning, per source. He is day to day.
— Anthony DiComo (@AnthonyDiComo) July 15, 2020


Of course, the very fact that deGrom had a back problem is concerning. If it happened early in a regular spring training there would be plenty of time for deGrom to get over the problem and get in shape for the season. Not this year. Still, the obvious priority should be deGrom being healthy, even if they need to take a hit and give him some extra time to come back this season.

After reading some speculation earlier today that casino magnate Sheldon Adelson was backing the bid of Joshua Harris and David Blitzer, now reports are that this is not true. I'm trying to stay as agnostic as I can about who buys the team, but I have to admit that Sheldon Adelson as part of the ownership of the Mets did not put me in my happy place.

There was a note in the AMNY.com article cited that Adelson might have an interest in developing a casino near the ballpark. For what it's worth, while I believe that developing the area around Citi Field as a shopping and entertainment venue is solid, I think having any type of casino near by is a freaking terrible idea. There are so many casinos around today, I don't think having one near a ballpark feels right. That's my opinion, anyway.

Okay, I'm out for today. I'm keeping all of my fingers and toes crossed for deGrom. Please stay safe, be well and take care. Talk to you soon.